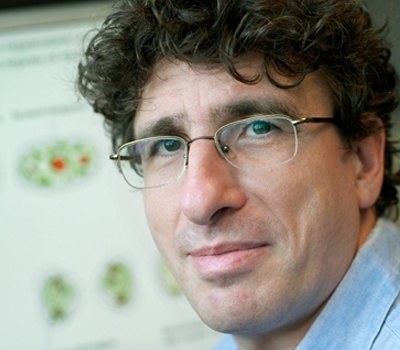 Your contributions will support the continued research of Dr. Pagano. Donations will support the expansion of Dr. Pagano's program by allowing him to add motivated, goal-oriented members to his research group. In choosing to donate, you will be funding science necessary for novel cancer therapies and choose between two different forms of contributions: "adopting" one or more postdoctoral fellows (providing funds for salaries and supplies) and "adopting and learning" from a postdoctoral fellow.

Cancer develops when cells multiply too quickly or die too little, which is due to either excessive amounts of onco-proteins, driving malignant transformation, or the absence of tumor suppressor proteins, which prevent tumor formation. Dr. Michele Pagano, of the New York University School of Medicine and the Howard Hughes Medical Institute, investigates the mechanisms by which the elimination of certain tumor suppressor proteins is accelerated, while that of certain onco-proteins in inhibited in human tumors. In particular he focuses on a family of enzymes, called SCFs, that catalyze the attachment of ubiquitin molecules to proteins that need to be destroyed. Dr. Pagano's research explores the fundamental role of SCFs in controlling and synchronizing the key three dimension of cellular life: proliferation, survival, and differentiation. He and his team hope to modulate the activities of these key enzymes to fight cancer -- particularly, prostate tumors and lymphomas.

For more than fifteen years, Dr. Pagano's laboratory has studied how the proliferation of human cells is controlled by the SCF ubiquitylating enzymes. His expertise in the ubiquitin system and the methods for its investigation provide his laboratory with a unique position to discover novel mechanisms in the cell as well as identify new drugs that can fight cancer.  His research has inspired the research efforts of many Ph.D. students and postdoctoral fellows that worked or still work in his laboratory.  In fact, donors to the Pagano Laboratory, will be offered an invitation to come learn alongside Dr. Pagano himself. The dynamic atmosphere of the Pagano Laboratory together with its expertise are a guarantee that this team will continue to make new extraordinary discoveries in this field and open the door to novel therapies for cancer and other disorders like neurodegenerative and heart diseases.

In choosing to donate, you will be funding science necessary for novel cancer therapies and choose between two different forms of contributions:  (1) "Adopt one or more postdoctoral fellows" by providing salary and funds for his/her research. The salary for a postdoctoral fellow ranges between $ 45K to $ 70K per year plus 36% in fringe benefits, and his/her research requires at least $ 30K per year in supplies and materials. (2) "Adopt a postdoctoral fellow and learn from him/her." As in (1), except that donor volunteers in Dr. Pagano's laboratory to obtain a first-hand glimpse of future cancer therapies. Donors will also learn techniques of molecular and cellular biology. The amount of time spent in the Pagano laboratory (ranging from a couple of hours per month to forty hours per week) and the period (weeks, month, years) is totally to the donor discretion and does not require any commitment.

Michele Pagano received his doctorate in Medicine and a Ph.D. in Molecular Endocrinology in 1990 from the Federico II University in his native Naples, Italy.  He was subsequently a postdoctoral fellow at EMBL, Heidelberg, Germany (1990-92), before following his mentor to Mitotix Inc., Cambridge, MA (1992-96).  He joined the NYU School of Medicine in September 1996 and was tenured in 2003. Dr. Pagano has been the director of the Growth Control Program of the NYU Cancer Center since 2000 and was appointed the May Ellen and Gerald Ritter Professor of Oncology in 2005. He has received many prestigious grants including a MERIT Award from the National Cancer Institute (2006) in recognition of his outstanding achievements in cancer biology. In 2008, he was appointed as an Investigator of the Howard Hughes Medical Institute. Dr. Pagano has published more than 160 leading papers and has been invited to present seminars at more than 170 conferences, universities, and research institutions in the US and abroad. Dr. Pagano's current research focuses on the ubiquitylating enzymes that control protein degradation and how deregulation of these machineries contribute to malignant transformation.

After earning his M.D. and Ph.D. degrees, Dr. Pagano began studying phosphorylation, which is a fundamental, but oftentimes frustrating process to investigate. For Dr. Pagano, it was a real source of dissatisfaction to work on a system that was so resistant to full experimental control. From 1998 to 2004, working very close to Dr. Avram Hershko, who in 2004 obtained a Nobel award for his discovery of the ubiquitin system (http://en.wikipedia.org/wiki/Avram_Hershko), provided a career switch that brought Dr. Pagano to focus his interest on how proteins are eliminated in the cell. Working with the straightforward cellular processes of the ubiquitin system, he has not only found what he defines "the most rewarding science," but also the promise of discovering novel therapies that may affect many individuals.

Regulation of Mammalian Cell Division by the Ubiquitin System

The Eunice and Irving Leopold lecture, 2007