How Does Urban Science Empower Kids? 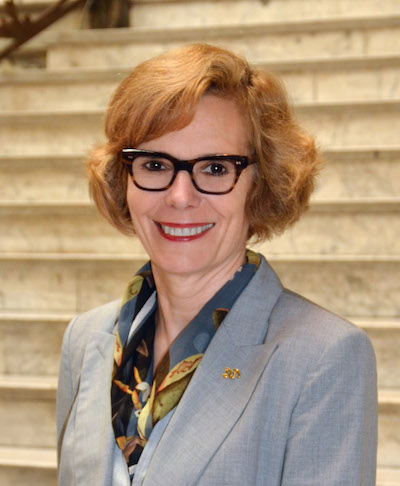 Your contribution will help fund the development and testing of the repurposed tools, as well as the research necessary for creating a new tool. $50K-$100K is necessary to begin one project, which will contribute to the discovery and capture of a tool and partner, redesigning professional tools to be user-friendly, testing it with kids, providing career-awareness opportunities and mentoring, and perfecting the interface. $600K will fund the full three years needed to expand the biodiversity project.

It is increasingly important for all youth to become critical thinkers in science, as today's youth are tomorrow's scientists. Approximately 30% of American youth grow up in U.S. cities, where there are more individuals in early education who are eager to learn and have the potential to shape our future than in any other part of the country. Dr. Nancy Songer, Dean and Distinguished University Professor in the School of Education at Drexel University, challenges patterns of persistent poverty in the poorest neighborhoods by harnessing, repurposing, and redesigning technological tools utilized by professional scientists. She takes powerful learning tools for critical thinking and deep engagement in urban science, technology, engineering, and mathematics (STEM) education, presenting a strategically simplified and engaging version for 4-12th grade students in some of the U.S.’s poorest cities, while maintaining the integrity of the science.

For the past 20 years, Dr. Songer and her team of professional scientists and technology design collaborators—including as Atmospheric Scientists, Zoologists, and Software Engineers—as well as educators and educational researchers, have performed highly original research and created designs that foster critical thinking, creativity, and problem solving by urban science students for and about their own communities. They coupled their designs with research studies on student learning, and have discovered that the students using their programs demonstrate a deep understanding of complex science as compared to their peers, seeing significant improvement in test results. Dr. Songer’s science tools have been well-received, with millions of previous funding from the National Science Foundation (NSF). They have worked with more than 85,000 kids and teachers, making the most impact in Detroit, Michigan. As a part of Dr. Songer and her team’s work, their 4-12th grade students use their software to map the biodiversity of their cities, track and predict the path of live hurricanes, and make predictions about the impact of climate change on North American organisms. They  continue to generate new learning technologies while expanding and improving upon their existing products.

The Biodiversity Project - As the world becomes more urbanized, people are using systematic analyses to understand how to increase biodiversity and sustain wildlife in urban areas. Dr. Songer and her team encourage STEM learning for kids living in urban areas by involving them in science and advocacy. They feel it’s particularly important in poverty-plagued urban areas, using educational experiences to empower underprivileged youth, so they don’t just have to accept that poverty status quo. Dr. Songer and her team’s goal for their students is to make them information providers, and not just consumers. The original biodiversity tools they used were created by professional animal trackers to locate and keep track of various wildlife across different regions of Africa. It is an icon-based tool, in which they completely rewrote, their newest versions now used on iPods, iPads, and phones. They wrote curricular activities and had kids at Detroit Public School track the biodiversity of their neighborhoods and schoolyards, upload that information, and make recommendations for the city to promote greater biodiversity across Detroit. They are repurposing these tools for use in public schools in other areas, such as Philadelphia, which has the highest  poverty rate in the country. Regions that have trouble breaking the cycle of poverty, such as Philadelphia, were awarded the Promise Zone designation by the Obama Administration, which uses federal grants and various agencies to pool resources across a variety of domains, including education, career, job, and health issues. In their new project, Dr. Songer and her team are repurposing their biodiversity tools so that students in Philadelphia can map the Promise Zone and make recommendations to local legislatures for promoting biodiversity, such as creating corridors and foliage that allow paths of travel within the urban area for animals, such as migratory birds.

Climate Change Tools - Knowing how important climate change is—especially in the lives of today’s kids who will be most impacted—Dr. Songer and her team’s challenge is to make the science of climate change tangible and understandable for middle school kids. The science of climate change is very difficult. The Intergovernmental Panel on Climate Change (IPCC) worked with scientists on Dr. Songer’s team, explaining that many scientists don’t even understand some of their representational information on future climate change. Rather than creating a model or simulation of the greenhouse effect, which many have done before, they focused on its impact on animals. Partnering with a researcher at University of Kansas who develops complicated and sophisticated climate modeling, they strategically simplified it in a format a middle schooler could use. Using model future scenarios and factors such as population, growth, number of births, and use of clean energy in various parts of the world, the students mapped out the consequences of continued current patterns of energy consumption. They simplified the scenarios and applied it to information on where North American animals live. The middle-schoolers and high-schoolers adopted one or more North American animals, and they were able to map out what the predicted scenario would be under various climate changes for their organisms by 2020. Perhaps food would be extinct? What kinds of gases, such as carbon dioxide, could we expect to be present? By putting these professional modeling tools in the hands of kids, they can then ask real scientific questions and extensibility learn about current science topics through that work. Their climate change project has already been used nationwide, and they are looking to expand it further.

Critter Catalog - Dr. Songer and her team partnered with University of Michigan zoologist Philip Myers, who created the  Animal Diversity Web. ADW is a species database of thousands of animals that includes photos and information of each animal, but is written for adults. The Songer-Myers team took those animal accounts and repurposed them in middle school-friendly language to create a species database of animals found in Michigan (the Critter Catalog). This database provided students detailed accounts of animals they might find in the biodiversity index in their schoolyard and could study. The Critter Catalog works very well with the data-collecting software that shows which animals live in a given region. Expanding that suite of tools is an exciting new growth area for their biodiversity project.

As an 8th grader, Dr. Nancy Songer had a pivotal experience in her science class that would later encourage her to work in STEM education. Her teacher gave her class an assignment to collect a diverse sample of 50 insects for their classroom use. She spent that summer riding her bike and collecting bugs in jars with her friends. Dr. Songer considers that project one of the most exciting, engaging, and interesting throughout the course of her science education. She went on to complete her undergraduate degree in Biology at University of California, Davis, and received a Master's Degree in Molecular/Developmental Biology at Tufts University, and her Ph.D. in Science Education and University of California, Berkeley. She found that she preferred science education over bench science. Through her work, Dr. Songer realized that schools were cutting way back on hands-on activities and extracurricular projects. Some kids were never getting even one immersive science experience, like the one she had. Dr. Songer found this was especially true in urban schools.

That 8th grade project was just challenging enough, later shaping her theory that through appropriate challenges, kids will be the most engaged and thus learn more. She uses this method of ‘stretch learning’ in the tools she develops, encouraging kids to work slightly outside of their comfort zones while providing the resources necessary for success. Through her collaborations, she often come across scientists who want kids to learn from their work, but don’t have a background in education. Because of this, Dr. Songer finds her partnership with scientists to create these projects extremely satisfying.

With a love for all creative endeavors, Dr. Songer enjoys spending time with her two daughters, one involved in theatre and the other a musician, like herself. She finds that designing new technology tools for powerful science learning is enormously fun, and loves to work with kids to create new and exciting learning experiences.