Making the Ocean a Quantitative Science 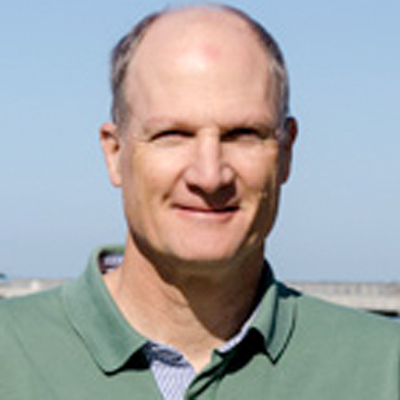 Your contributions will ensure Dr. Cornuelle has the necessary computing equipment to perform his analyses. Currently, he is working with an older computer system, so salary expenses of maintenance professionals is a large part of his budget. Larger donations could enable the acquisition of a more advanced computer system with broader and faster computational abilities. Your contributions would also enable Dr. Cornuelle to expand his expertise to atmospheric models.

Making the Ocean a Quantitative Science

Within the scientific community, there is a great deal of modelling occurring around the world, from climate and weather models to oceanographic models, all of which are designed to make useful predictions of future events. Both meteorology and oceanography are transitioning from an “art,” where experienced scientists can predict what will happen better than computers, to a science, where the equations that determine the behavior can be solved on a computer for better understanding and testing. These models have become much better over the past 20 years and are increasing in accuracy, but the possibility of useful atmospheric forecasts beyond a week or two is still under study. Dr. Bruce Cornuelle is dissecting and analyzing oceanographic models to identify their flaws and improve them so that they may be used to make accurate predictions at ranges longer than a few weeks. Whereas the atmosphere has a “short-term memory” because minor disturbances can have great effects down the road (Butterfly effect), the ocean moves much more slowly and has a longer memory. The oceans store most of the heat that the earth receives from the sun, and can move that heat around the world, possibly exerting tremendous influence over global climate and weather. The ability to predict events quantitatively on a longer time scale would be extremely valuable, with applications in a number of fields and disciplines. Suppose, for example, that we could inform farmers in the midwest that they can expect a drought in the upcoming months, or, conversely, excess rain. This information could let them plant crops consistent with the expected rainfall, and could enable reservoir management to save water for droughts or release it to eliminate flooding. Dr. Cornuelle’s work as part of the conversion of weather and oceanography from an art to a quantitative science is hoped to eventually lead to more accurate predictions of climate and weather for farmers, fishers, oil rig operators, and other stakeholders invested in the state of the oceans.

As a data analyst, Dr. Bruce Cornuelle, a research oceanographer at the Scripps Institution of Oceanography at the University of California, San Diego, uses ocean observations to quantify and improve the accuracy of mathematical ocean models. After identifying ways of improving a model and its ocean state, they make useful predictions which also serve to further test the model. A model is a physical system - simplified, a model of a ball rolling down a hill can predict the speed and trajectory of the ball given its initial conditions, i.e., what direction it was pushed, what force was initially applied to the ball, etc. If the prediction given by the model does not match the trajectory that the ball actually rolled, then something is wrong. If the initial conditions were uncertain, then we can go back, readjust the initial controls, and run the simulation again for a more accurate prediction. The same is true with oceanographic models. Output data from these models is tested against ocean observations collected both internationally and by SIO. If the model and data do not match, such as, for example, incorrect temperature or salinity, that is an indication that the model may not be entirely accurate. He is working with community oceanographic models, including the MIT General Circulation Model, the Regional Ocean Modeling System, and others, and intends to extend the same quantitative testing principles to atmospheric and coupled ocean-atmospheric models. A byproduct of the understanding of the model and related observations is predictions of the ocean that can be useful for people with interests in these regions, such as the tropical Pacific (ENSO), the California Current, and the Kuroshio region.

Dr. Cornuelle lived near the ocean during much of his childhood, and enjoyed spending time swimming and playing in it, and simply being near it. Growing up, he was also interested in how things worked, the physics of: rockets, cars, televisions, radios. This provided a natural segue into studying physics at Pomona College. A lucky break found Dr. Cornuelle attending a summer program at Woods Hole Oceanographic Institution in Woods Hole, MA, where he was able to snorkel as part of his research curriculum. This experience not only reminded Dr. Cornuelle of his long-standing love for the ocean, but also opened his eyes to the world of research. As an undergraduate student at a small liberal arts college, there was not much scientific research occurring, and so before the program, collegiate research was an alien world. The summer program at Woods Hole showed Dr. Cornuelle another side of academics; he found it interesting and enticing and so after graduating with his bachelor’s applied for graduate school in oceanography.

During his graduate studies, Dr. Cornuelle worked with an outstanding advisor who introduced him to modern methods for data analysis using models, ultimately directing Dr. Cornuelle’s future career. With respect to his current work, Dr. Cornuelle enjoys the idea of potential practical benefits that stem from his research. He is motivated by the long-term possibility of predicting weather, especially precipitation, far enough in advance for people to be able to truly utilize those predictions. He enjoys the practical aspects of science.

Fitting for an oceanographer, Dr. Cornuelle is a enthusiast of the environment. He loves the outdoors and the natural landscapes of the Earth, and spends much time outside, hiking, camping, swimming, surfing, snorkeling, and diving. He coordinates his outdoor activities with the raising of his 6-year-old daughter, to whom he is hoping to communicate his same appreciation of the environment.