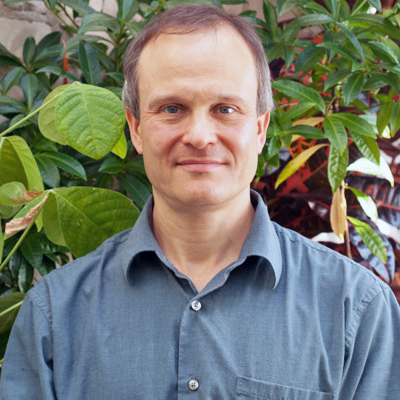 Your contributions will support Dr. David Baum of University of Wisconsin-Madison and his team as they continue to experiment on life-like chemical systems. Funds will help build an interdisciplinary team of researchers and will fund research that will bring us closer to discovering the origin of life-like systems on earth and beyond.

“Where did we come from, and where are we going?” is a question that has haunted humanity for centuries, if not millennia. While many of us have come to understand life specifically in biological terms, a chemistry perspective may transform our current understanding. How important is the specific chemistry to the emergence of life-likeness, and how predictable is life’s evolution; is life-likeness unique to earth or widespread in the universe? Dr. David Baum, Professor of Botany and Genetics at the University of Wisconsin-Madison, uses chemical evolution experiments to address these profound questions. Life-like chemical systems are self-sustaining systems of chemical reactions that have the potential to evolve through selection towards greater complexity. New theories suggest that life-likeness may arise more easily than we had originally thought, motivating Dr. Baum to develop a creative approach to generating life-like chemical systems in the lab. Ultimately, Dr. Baum intends to understand the first steps in the origin of life – the emergence of evolvable chemical systems.

Dr. Baum and his collaborators have developed a novel approach to detecting the presence of life-like systems that does not depend on knowing their specific composition or structure, relying instead on the ability of the chemical mixtures to respond to selection. Complex chemical mixtures are made in the laboratory and are exposed to mineral surfaces. The scientists then impose selection for the ability of chemical systems to quickly colonize new mineral surfaces. By seeing if the chemicals evolve higher rates of colonization over a long period of time, the scientists will be able to determine if life-like chemical systems have emerged. In addition, to helping us understand the origin of life, Dr. Baum hopes that using selection on complex chemical mixtures might yield practical applications, like finding chemicals for degrading plastics.

Having fallen in love with plants as a teenager, Dr. David Baum studied Botany at Oxford University and then completed a Ph.D. studying the nocturnal pollination biology of baobab trees in Madagascar and Australia. While he loved the challenges of fieldwork and the space it generated for thinking about big questions, and to this day continues supervising field research, Dr. Baum came to realize that big questions are not easily addressed working on large, slow-growing plants that live thousands of miles away. He, therefore, re-equipped himself as a postdoc at the University of Wisconsin in the field of molecular evolution, and, in his first faculty position at Harvard University, as a plant evolutionary developmental geneticist. After earning tenure and moving back to the University of Wisconsin, Dr. Baum expanded his research portfolio still further, delving into the origin and early evolution of life.

Throughout his research career Dr. Baum has always been involved in both empirical and theoretical research, usually addressing problems that are conceptually challenging and where creative new approaches are needed. For example, he was a pioneer in using interspecies transformation experiments to try and pinpoint the genes responsible for new plant traits. Likewise, he has published a number of papers on the philosophical problem of individuation and has applied this theory to the concepts of both “species” and “traits.” Dr. Baum is still actively engaged in developing new statistical and laboratory methods that have spun out of these theories - applying them to many organisms, including baobab trees.

While his research has generally focused on plants, Dr. Baum has long had an interest in the origin and early diversification of life. He believes that, for all the work being done in this area, there is still much scope for new approaches and there are some very promising ways of thinking about these problems that have been overlooked. One good illustration is his recent paper on the origin of eukaryotic cells in which he provides a radically new way to think about cell evolution – a theory that (literally) turns conventional thinking inside-out. This theory has been well-received as noted by the fact that it has been accessed 30,000 times since its publication and has been widely covered (including The Economist and Faculty of 1000). What is beautiful about this theory is that it suggests a diverse set of practical experiments, some of which have since been initiated in collaborators’ labs.

The research that Dr. Baum currently focuses on is empirical research derived from a theory he has developed for the origin of life. He is fully committed to this research, even though it is so different from his roots in tropical botany. Dr. Baum possesses the adaptability and tenacity to move into new lines of research when he sees an exciting opportunity, and what could be more exciting than elucidating the origin of life!

Outside of his lab, Dr. Baum still likes to climb trees and study field botany. He also enjoys crosswords and puzzles, and teaching is one of his main passions.

Fellow of the American Association for the Advancement of Science

Fellow of the University of Wisconsin Teaching Academy, 2010