Alien Invaders in Our Backyards

What are They Doing and How Can We Stop Them? 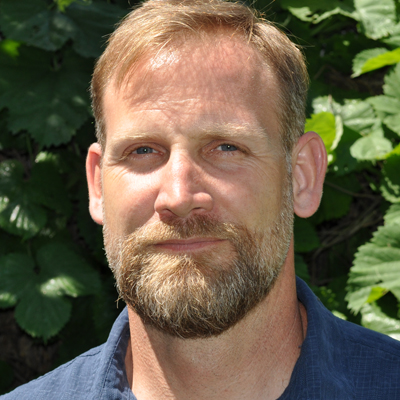 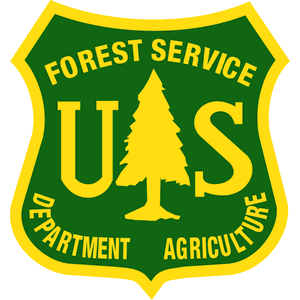 Ph.D. in Organismal Biology and Ecology 2005
University of Montana

M.A.S. in Organismal Biology and Ecology 1995
University of Montana

Your contributions will support the continued research of Dr. Dean Pearson, at the Rocky Mountain Research Station, as he addresses the efficacy of his management tools to mitigate the threats posed by exotic species introduced across our borders. Donations will help fund the $50-100K/year required to run large-scale field experiments and international research, supporting field workers, vehicles, and travel. Help secure our borders by partnering with him!

Alien Invaders in Our Backyards

Understanding the effects of exotic species to mitigate their impacts

Anyone who has traveled abroad will probably remember the hassle of declaring foreign items like soil, food, plants, or insects to the US customs. Although troublesome, this painstaking process is critical because even the most harmless plant, like cheatgrass, in its native region can suddenly become monstrous in a foreign environment, and travel is one of the many ways foreign species are introduced to a native soil. Dr. Dean Pearson, Research Ecologist and Deputy Program Manager of the Wildlife and Terrestrial Ecosystems Program at the Rocky Mountain Research Station, therefore combines efforts with collaborators to stop the effects of these organisms that are threatening individual native plants and animals, greatly reducing ecosystem functions and consequently placing a heavy economic and ecological impact on species, systems, and resources. Exotic species introductions cost well over 100 billion dollars annually in lost revenue and mitigation costs in the US alone, and understanding these processes are critical to learning how best to mitigate this threat.

Dr. Pearson’s work involves understanding how natural systems function in order to better manage these systems for conservation and the resources and services they provide to humans, like fresh water, wood products, forage for livestock. With a talented colleague named Ms. Yvette Ortega, land managers, and a group of collaborators at the University of Montana and universities in Argentina and Turkey, Dr. Pearson is among the few research groups tackling this problem from the basic to the applied levels and from global to local, taking novel approaches to invasion ecology that will help move the field forward. By studying over forty plant species in their native range of Turkey and two introduced ranges in Argentina and Montana, he hopes to understand how these species become invasive and how to mitigate their impacts.

Dr. Dean Pearson grew up wandering the mountains and river bottoms of western Montana, sometimes hunting or fishing, but often doing what he refer to as “naturalizing,” observing nature, taking it in, and pondering its secrets. It was this passion for nature and determination that led him to become a community ecologist, and his path here was anything but ordinary; unlike most of his colleagues who come from a strong family culture of education, Dr. Pearson was rather lost as a youth.

His mother worked all hours of the day and night at minimum wage jobs trying to feed and raise four kids. While very loving and supportive, she was seldom present, and the family had to move a number of times for her to find reliable jobs. Frequent relocation made it impossible for Dr. Pearson to settle in at school, and as a result he dropped out of high school at age sixteen. Working a variety of jobs ranging from carpet cleaning to water well drilling and everything in between, he became a single dad at age seventeen. Early one morning while cleaning carpets in a mall at around 2am, he looked down the aisle at the miles of carpet stretched out before him and decided that there had to be more to life.

He entered a Project 100 school for troubled youth where he received the equivalent of a high school diploma. Later, his mother and a counselor from the program convinced him to go to the local community college for a quarter just to give it a try. So he did. Dr. Pearson recalls sitting in front of his advisor who proceeded to go through the alphabet to help choose his major -- Accounting, Economics, History...and the list went on. “No. Nope. I don’t think so,” he remarked. Finally, when he got to Wildlife Biology, he thought, “It’s the last on the list and I like nature -- what the heck, Wildlife it is.”

After a quarter or two at the community college, he migrated with a friend to Missoula to complete his degree at the University of Montana. At the “big university,” Dr. Pearson quickly realized that he was far behind all his classmates and thus began the hard work of catching up. He graduated in Wildlife Biology with High Honors, an Outstanding Senior Award, and an award from the President of the University. He shifted his master’s degree toward animal ecology and ended up doing a Ph.D. in a plant ecology lab where he studied community ecology. Through this sorting process, he found his path to and his passion for the field of community ecology, where today he feels incredibly fortunate to study all manners of plants and critters in an effort to unveil the secrets of nature, so that we can better manage natural systems for their well-being and for ours.

The Tangled Web of Montana Spiders

A scientist finds a niche

A weed, a fly, a mouse and a chain of unintended consequences

"Selection for this award is based on the combination of innovative research at the frontiers of science and technology and community service demonstrated through scientific leadership and community outreach.”

Washington D.C. This honor was awarded in recognition of significant contributions to the fields of biological control, invasive species ecology, and wildlife biology