Microbial Life in the Cold

How Do Microbes Thrive in Extreme Conditions? 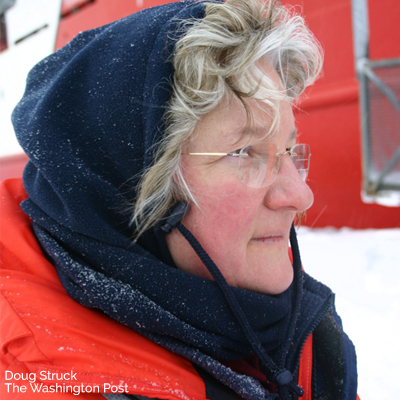 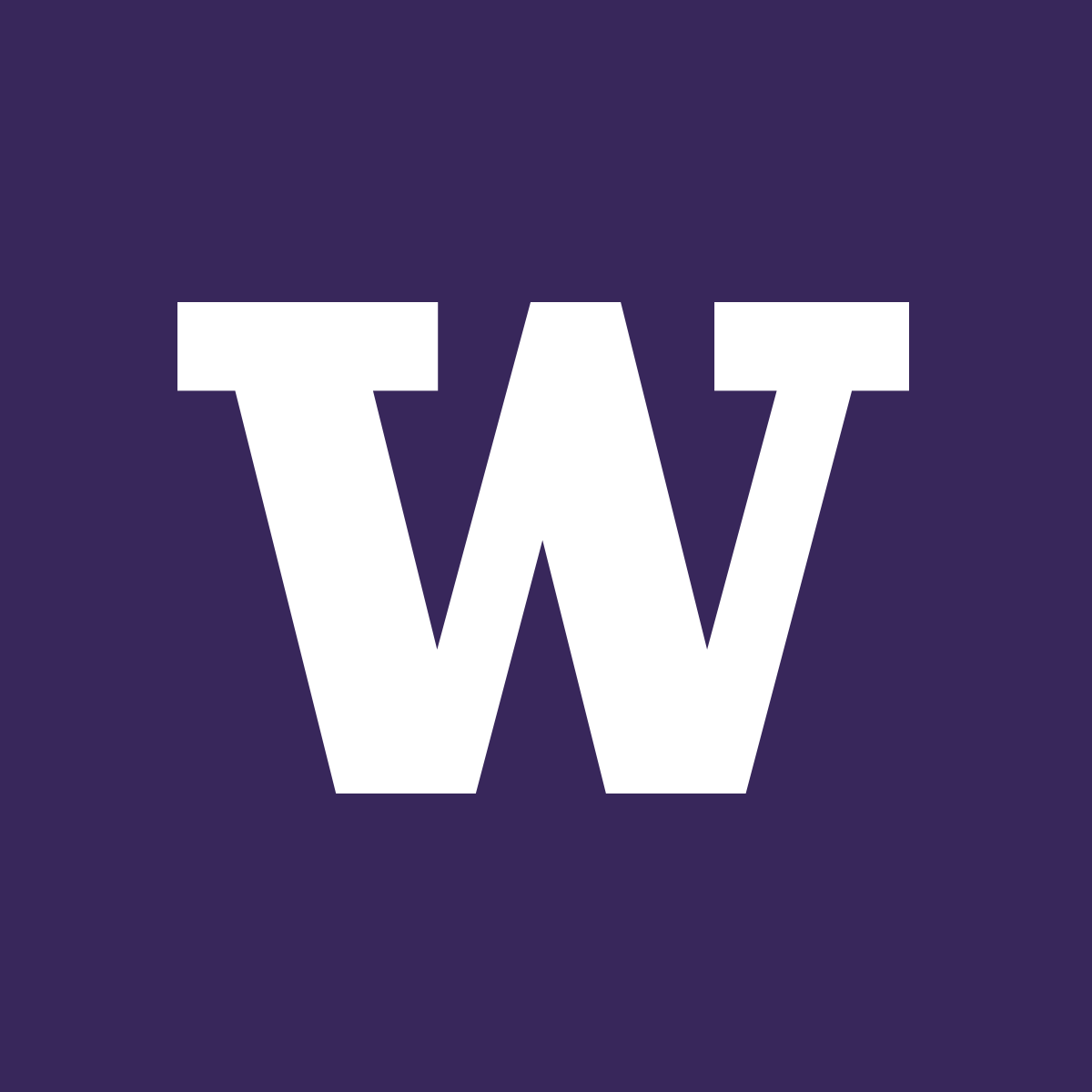 Your contributions will support Dr. Jody Deming and her lab at the University of Washington as they probe extreme environments for the fascinating microbes that live there. Donations will help fund talented personnel, equipment, fieldwork, and projects, providing unique opportunities for students seeking higher degrees. Thanks to Dr. Deming’s proven ability to accomplish much with little, even small sums will help yield productive results in studying the microbiology of the Arctic’s ice cover. Partner with her in expanding our understanding of our cold and deep ocean!

Microbial Life in the Cold

How the smallest of microbes tolerate extreme marine conditions

Climate warming has the Arctic Sea ice cover receding and thinning, signaling changes in the environment for the marine megafauna at the top of the food chain and the microscopic algae and bacteria at the bottom of it. Living in sea ice and the waters and sediments below it, these microbes are responsible for fueling everything else in the ecosystem. Studying how changes to the sea ice cover will affect the base of the food chain is thus essential to predicting the future of ice-dependent ecosystems. Dr. Jody Deming, Walters Endowed Professor of Biological Oceanography at University of Washington, works to understand how the smallest of microbes, particularly the naturally occurring cold-adapted bacteria, have evolved to tolerate if not thrive under extreme marine conditions, including subzero temperature and high salt concentration as encountered inside sea ice but also high pressure experiences deeper into the ocean. Because bacteria adapted to live in the cold can also be expected to be "on the front line" of defense against an oil spill in the Arctic, Dr. Deming’s fundamental studies on the bacterial capacity to produce antifreeze agents and other compounds that function as natural oil dispersants can lead to real-world applications in the future.

The first group to determine how to use microscopy to peer into sea ice without melting it, Dr. Deming and her colleagues continue to incorporate novel microscopic techniques to observe microbial behavior under extreme conditions in the lab and to probe inside the unmelted ice in the field. Current projects involve the use of digital holographic microscopy to observe microbes swimming in the subzero brines that form a liquid network inside the ice cover: an excellent and unambiguous indicator that the organisms are not only alive but also active. Such observations are highly significant, given that high salt concentrations and freezing conditions have long been considered ways to stop bacterial activity. In the 1980s, Dr. Deming discovered a new bacterium living in the cold and very deep waters of the Caribbean, which led her to name an entire genus, genus Colwellia, after her former graduate advisor Dr. Rita Colwell. Members of the genus Colwellia are now known to occur throughout the cold deep Gulf of Mexico and the cold ice and waters of the Arctic Ocean and the Antarctic seas. For rigorous, robust research on how it is possible for life forms to exist under these extreme conditions, Dr. Deming and her team often travel into the Arctic in winter to acquire fresh samples and work with them immediately, in ship-based or readily accessed coastal labs, before the natural microbial communities can become altered. Ultimately, Dr. Deming believes that her basic research will contribute to the search for microbial life on other ice-covered planets and moons in our Solar System, while at home can lead to development of new antifreeze products, for example to preserve biomedical tissues or samples, or ways to ameliorate oil spills in polar regions where the oil may permeate or accumulate under the sea ice.

Dr. Jody Deming grew up in the “extreme environment” of southeast Texas, extremely hot and humid. She could have been in the first class of women to attend Texas A&M University, following in her father’s footsteps, an Aggie whose plan was interrupted to fight in WWII. However, her father died when she was 16, and her mother, brothers, and sisters were left without resources. Jody was recruited by Smith College, which she was able to attend through a combination of financial aid, a work-loan program, and a piano scholarship. She had never imagined pursuing a higher degree in science, having focused for many years on piano and language. However, she recalls that she was “always distracted by science,” and when finally forced to declare a major, chose to complete an undergraduate degree in biology.

Still not knowing what she wanted to do, she found employment as a research technician under contract to NASA following the Viking mission in 1974, in a lab that focused on developing bacterial detection methods. Here, she experienced the enormous satisfaction of being creative at the lab bench, while with piano, she too often felt as though she was merely interpreting the creativity of others. This early work taught her that she could contribute original research to the progress of scientific understanding of the world around us.

The tide was turned forever when Dr. Rita Colwell, a marine microbiologist and scientific administrator who went on to become the 11th Director of the United States National Science Foundation and science advisor to two US presidents, visited Dr. Deming’s supervisor at the Goddard Space Flight Center one day and came into the lab to meet and begin recruiting her to graduate school. Dr. Deming already had publications and patents by then, yet did not realize that she was operating at a higher level than the undergraduate degree she held at the time would suggest, and thus responded, “but I’m not good enough for graduate school.” When they met for a formal interview at Dr. Colwell’s lab, Dr. Deming saw that the lab was such an exciting place that she was hooked from the moment she entered -- and the rest is history.

Dr. Colwell had a deep-sea bacterial research program ongoing at the time and Dr. Deming embraced that field for her doctoral work. Detecting pressure-adapted bacteria in the deep ocean, at a time when none were known, was not unlike trying to detect microbial life elsewhere, on some other planet or moon. Dr. Deming was motivated by the mystery of it all, by the astonishing concept that some microbes somewhere had evolved to thrive or survive almost any conditions known. The ocean became her home base for exploring the limits of life on Earth, and to this day, Dr. Colwell teases her that she thought she “wasn’t good enough for graduate school.”

Outside of her research, Dr. Deming loves to solve puzzles, tend garden, and swim. She truly loves to swim, and is unfazed by Seattle’s “cold and salty water.”

Microbial ecology of the cryosphere: sea ice and glacial habitats
A simple, robust common-mode implementation of a digital holographic microscope
Alkane hydroxylase genes in psychrophile genomes and the potential for cold active catalysis
Bacterial responses to fluctuations and extremes in temperature and brine salinity the surface of Arctic winter sea ice
The genetic potential for key biogeochemical processes in Arctic frost flowers and young sea ice revealed by metagenomic...

College of the Environment

Elected, US National Academy of Sciences, 2003

GSC 12, 046-1: "Determination of antimicrobial susceptibilities on infected urines without isolation."

GSC 12, 045-1: "Detection of microbial infections in blood and antibiotic determinations."