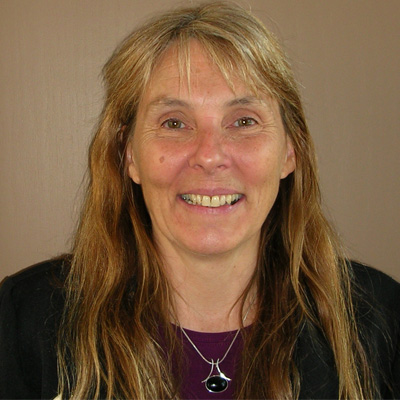 Your contributions will help fund Dr. Brunet’s continued research on identifying pollinator behavior and movement to prevent gene flow and understand how to better protect bees. Donations of any amount will help fund the $35K/year needed to support a graduate student and $50K-$55K/year to support a postdoctoral student or technician. $20K/year funds the cost of supplies, such as pollinators, a greenhouse rental, and farmland for experiments. Pollinators are crucial for our ecosystem; fund Dr. Brunet.

Bee populations are in a steady decline. As a top pollinator, they play an important role in agricultural crops and many wild ecosystems. However, in bee-pollinated crops, they’re also responsible for the movement of genetically engineered genes (transgenes) via pollen, which results in the presence of transgenes in unwanted places, such as in organic fields, fields destined for the export market, and wild plant populations. For these reasons, Dr. Johanne Brunet, Research Ecologist with USDA-ARS and Professor at the University of Wisconsin-Madison studies how bees move (forage) over landscapes in order to understand how pollinator behavior affects the movement of genes. Her work will enable the development of pollinator management strategies to limit gene flow and therefore the spread of transgenes. Preventing crop contamination is important for the coexistence of agricultural markets and maintenance of a transgene-free section of a market. Dr. Brunet’s research also contributes to a better understanding of how different bees forage in agricultural fields and the ways this influences bee nutrition and health.

Dr. Brunet’s work integrates diverse expertise in order to solve various problems with pollinators and transgenes. She created a novel simulation model to look at gene flow, combining the study of pollinator behavior, modeling, and knowledge of plant reproductive ecology to thoroughly examine how pollinators move genes via pollen over the landscape. She examines and contrasts the behavior of three different types of bees—bumble bee, honey bee, and alfalfa leaf-cutting bee. A bee’s level of sociality may impact its foraging patterns. Bumble bees are social (they form a colony), but have an annual colony in which only queens survive and forage in the spring. Honey bees are very social and have a perennial life cycle. Leaf-cutting bees are solitary, and have no known social structure or level of communication. By comparing these bee types and looking at how they move pollen between flowers, Dr. Brunet is able to both identify the habitat they need to be well-sustained and understand what impacts foraging behavior in order to prevent gene flow. Understanding how the behavior of bees affects gene movement enables the development of effective methods to control and prevent that movement, while promoting bee survival and preservation.

Dr. Brunet’s team includes graduate and undergraduate students who specialize in entomology, ecology, and evolution. They work with a faculty who specialize in statistics, contributing the statistical analyses of their pollinator movement simulation model and specialists in brain function who determine how bees respond to volatiles of plants. The team collaborates with a plant geneticist/breeder to examine selfing rate in alfalfa seed-production fields and other experts in alfalfa seed production and the managed pollinators of alfalfa. Dr. Brunet is also developing relations with a start up company working on drones to develop a system useful for the study of pollinators. She and her team perform many outreach activities, teaching the public about the importance of pollinators and pollination for our environment.

Understanding Pollinator Movement - Dr. Brunet and her team combine the study of pollinator behavior with the development of a novel simulation model of pollinator movement to better understand pollinator behavior. This model simulates pollinator movement, pollen movement, and seed movement in order to predict gene flow events. They gather pollinator foraging behavior data by recording the distance and direction traveled between flowers and fields, as well as the number of flowers visited. They use Radio Frequency Identification devices to determine patterns of foraging over time (RFID). Tags are attached to bees and it records when they come in and out of their hives to help determine where and how far these pollinator have travelled. They use the foraging data in this model to recreate pollinator movement, enabling them to examine the impact of how fields are laid out on pollinator behavior, and use that knowledge to maintain pollinators within a field to prevent gene flow. Dr. Brunet and her team expect to reach important milestones within one year, and will continue for the next two to fours years.

Dr. Johanne Brunet wanted to be a researcher since she was a young girl. Always extremely curious and fascinated by nature, her interest in evolutionary ecology emerged while she was pursuing her undergraduate degree in Biology at McGill University in Montreal. She has worked on both natural and agricultural systems during her career, from terrestrial isopods (crustaceans), to plants and insects, and especially with pollinators. Dr. Brunet began by studying sex ratios in terrestrial isopods (pill bugs; crustaceans) during her Master’s thesis at McGill University. From there, she moved to SUNY Stony Brook on Long Island to complete her Ph.D., and started studying plants, interested in the multiple variations in their modes of reproduction. She examined how the allocation of resources to male and female functions among flowers on hermaphroditic plants varied and which factors could affect such variation. It was mostly believed at the time that all flowers from hermaphroditic plants should allocate the same amount of resources to male and female functions, but Dr. Brunet developed a mathematical model, which demonstrated that this was not always the case.

During her postdoctoral research, she worked in an agricultural system examining stripe rust in wheat, which enabled her to apply concepts of evolutionary ecology to help solve agricultural problems. Her current research in pollinator movement and behavior integrates many of the fields she has worked on, from pollinator behavior, to modeling and integrating agricultural systems and natural populations, and knowledge of both pollinators and plants.

Dr. Brunet’s unique background allows her to see patterns that others may not. She wants to apply the principles she learned in ecology and evolution to solve large agricultural problems involving pollinator behavior and the implications for gene flow. Her love of combining different disciplines together to solve problems motivates Dr. Brunet to continue her research.

When she’s not in the lab, Dr. Brunet enjoys downhill skiing, kayaking, cooking, and eating.

Can Biotech and Organic Farmers Get Along?

The Effects of Flower, Floral Display, and Reward Sizes on Bumblebee Foraging Behavior When Pollen Is the Reward and Plants...
The role of pollinators in maintaining variation in flower colour in the Rocky Mountain columbine, Aquilegia coerulea
Selfing Rate in an Alfalfa Seed Production Field Pollinated with Leafcutter Bees
Linking pollinator behavior to selfing rate and pollen discounting for three distinct pollinators of alfalfa
Can pollinators explain the variation in flower color in the Rocky Mountain Columbine?
The Use of Sequence-Based SSR Mining for the Development of a Vast Collection of Microsatellites in Aquilegia formosa
Hybridization and introgression between the exotic Siberian elm, Ulmus pumila, and the native Field elm, U. minor, in Italy