A Race against Extinction | Benefunder
Skip to main content 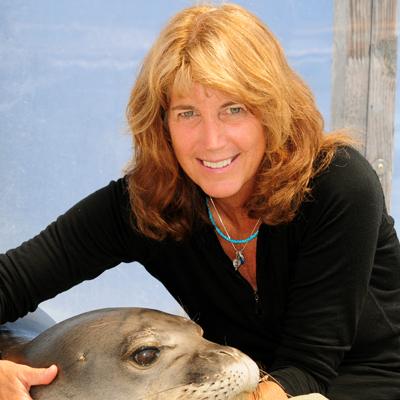 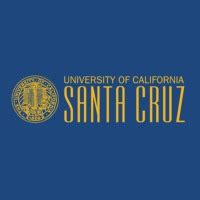 Your contributions will support the continued research of Dr. Terrie Williams and her team at the University of California, Santa Cruz as they partner with collaborators to win the race against extinction. Donations will help fund the required $250K/year for any particular wild animal project, supporting personnel, research facilities, fieldwork and expeditions, and facilitating technologies to identify species’ needs. Saving species is a team effort; partner with Dr. Williams’ team to save our animals and ultimately humankind.

Understanding the needs of each species to implement solutions

When wolves were reintroduced to the Yellowstone National Park, after a 70 year absence, their presence triggered a trophic cascade that regenerated vegetation, restored other animal populations, and reestablished the behavior of rivers. Carnivores like these play a critical role in holding the ecosystem together, as they determine the growth of plants, prevent the spread of diseases, and maintain our coastlines, forests, and oceans. However, according to International Union for Conservation of Nature (IUCN) and World Wildlife Fund, animal populations, and especially carnivores, worldwide have decreased by 50% in the last 40 years. 25% of all mammals are now endangered; more than half of all mammal populations are in decline. We are, undoubtedly, in a “Race against Extinction.” Dr. Terrie Williams, Distinguished Professor of Ecology and Evolutionary Biology at the University of California, Santa Cruz, partners with zoos and aquariums to address this overwhelming problem by understanding the “biological Achilles heel” of endangered species to predict and expand their capacity to survive. “In my academic lifetime, we have lost river dolphins, rhinos, a species of lion and tiger, and many more,” she remarks; “we are literally in the race of our lives. Ultimately, it is the race against animal extinction that will determine the fate of humans.”

In a world that is preoccupied with the nano, micro, and mini, Dr. Williams’ lab explores the mega and macro biology of BIG. The animals her team studies are some of the largest and at times the fiercest on Earth: the elephants, bears, lions, seals, dolphins and whales. To examine them, Dr. Williams has created the only laboratory in the country with live marine animals on a university campus. The result is a unique learning and research center that provides a remarkable research environment and an unprecedented training ground for the next generation of wildlife conservationists. The studies are non-invasive and focus on the athletic capabilities and techniques used for measuring the fitness of human athletes, including assessment of caloric intake, metabolism, heart rate and cardiac health, and thermoregulation during rest and exercise. With this basic understanding, the team travels into the field to study the wild cohorts of these animals. Expeditions have taken her team above the Arctic Circle to study narwhals and polar bears, to Antarctica to study seals, to the savannas of Africa to work with lions and cheetahs, as well as to the tropics to help save the Hawaiian monk seal.

After an analysis of governmental funding sources, Dr. Williams discovered that the larger the species, the lower the chances of federal funding. This has resulted in a public that is misinformed about the basic biological needs of most large, wild mammals and the environmental requirements they need to survive. This is a major hindrance to many conservation plans, and a contributing factor to the continuing destructive spiral of habitat degradation and climate change. Dr. Williams’ goal is to stabilize the support of endangered mammal science, and to broaden the impact of this science by increasing research and mentoring opportunities for enthusiastic investigators wanting to make a change in the world. Ultimately, by understanding the unique species-specific biology of big endangered animals, Dr. Williams hopes to create solutions that ensure their survival in the world today and into the future.

Some current research areas include:

Growing up, Dr. Terrie Williams has always been fascinated by animals. There is nothing that gets her heart pumping faster than watching a cheetah sprint across the African bush, a killer whale leap into the air, or a panda bear shuffle along a bamboo forest. “This is the nature of Earth,” she remarks, “and it is breathtaking.” She was the little girl that begged for a kitten or a puppy on every birthday and holiday until her parents finally relented. But her parents agreed on one condition: she had to be responsible. Dr. Williams’ parents taught her that being responsible for an animal meant understanding how to care for it. In order to make this dream a reality, Dr. Williams researched and read every library book about cats and dogs. She learned how to feed them, how to medicate them if they were ill, how to keep them warm and safe, and how to protect them. She was a pint-sized veterinarian at age six.

Over time, Dr. Williams realized that she had a unique talent: she knew how to “read” animals. Like people who can discern another person’s character after asking only a few questions, Dr. Williams could summarize an animal’s character by studying their body language. Therefore, she arrived at a career in research and science at a very early age, and this special talent has helped her view the world through the animals’ eyes throughout her scientific career. Unfortunately, with all of the habitat and environmental changes currently happening, the view is not always encouraging. By truly understanding what makes each animal unique, and by understanding their individual biological needs through science, she is providing a foundation of knowledge that will guarantee a chance of survival for every species -- including ourselves.

Dr. Williams’ background is in environmental and exercise physiology. As a triathlete herself, she appreciates our animals that swim and run. In fact, much of the technology she has developed for measuring the heart rates of animals can inspire technologies used in human fitness, and vice versa. She has run many short races and participated in the Ironman Competition, and calls the core of her research “a race against extinction.” The same drive she needs to complete a triathlon race is exactly the kind of drive she puts into saving our species. To this day, Dr. Williams continues to run towards the finish line, pushing past any challenges and advancing forward.

Wildlife Energy: Survival of the fittest

Cheetahs Lie Around Like Housecats, Saving Energy for Big Kills

“Smart Collar” in the Works to Manage Wildlife Better

Exercise at depth alters bradycardia and incidence of cardiac anomalies in deep-diving marine mammals
Instantaneous Energetics of Puma Kills Reveal Advantage of Felid Sneak Attacks
The Odyssey of KP2: An orphan seal and a marine biologist’s fight to save a species
Climate influences thermal balance and water use in African and Asian elephants: physiology can predict drivers of elephant dist
Extreme Physiological Adaptations as Predictors of Climate-Change Sensitivity in the Narwhal

First Prize awarded for Dr. Williams' book “The Odyssey of KP2” about our efforts to save the endangered Hawaiian monk seal

The Laurence Irving- Per Scholander Memorial Lecturer in Comparative Physiology, 2009

This is an annual award is given by the University of Alaska Fairbanks, to honor distinguished scientists that follow in the footsteps of these remarkable Fathers of Comparative Physiology

This organization honors women explorers from around the world. Dr. Williams was the recipient of the Ocean Explorer Award for my work on diving marine mammals

A geological site in Antarctica was named after Dr. Williams in honor of the many expeditions she has been on to study Weddell seals in McMurdo Sound, Antarctica

This award recognized Dr. Williams' past and future work as a female scientist in the Science, Technology and Mathematics fields