What Roles Do Cilia Play in Our Bodies? 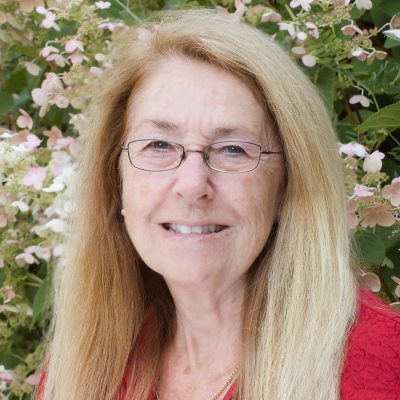 Your contribution will help fund Dr. Van Houten’s continued research exploring cilium, which are crucial for a properly-functioning body. Costs include $10K/year for conference travels and supplies, $32K/year for one graduate student, and $75K/year for one postdoctoral student. Take an active role in discovering the crucial functions cilia play in our bodies, and making novel insights for potential drug targeting of ciliopathies; fund Dr. Van Houten and her team to help advance our understanding of these critical functions.

Almost every cell in your body has a tiny appendage called a cilium. Cilia are the little organelles that stick out from cells to accomplish many things; they function as antennae and collect information about the outside world, changing that information to a form that is useful to the cell. When these organelles fail to function properly, serious diseases can follow. Dr. Judith Van Houten, Distinguished Professor at the University of Vermont explores the development and function of cilia, which are best known for their function to keep mucous moving in the lung or sperm swimming, but they also determine whether your heart will be on the right side of your chest as it should be or if you have too many fingers or toes.

If the cilia do not work on the little protozoan, it cannot swim properly or eat. If they do not work in higher organisms, the problem may manifest itself as one of many serious human developmental problems. The groups of diseases that track back to mutations in genes for components of cilia are called ciliopathies. These include sterility (from sperm motility defects or fallopian tube defects), kidney cysts (due to failure of the cilia on the cells that line the tubules to sense the flow in the tubules), mental retardation (from brain cilia defects), bone malformation (from bone cell cilia defects), extra fingers and toes, obesity, and diabetes,

Dr. Van Houten’s cilia research is carried out by research assistants and undergraduates who specialize in molecular biology, genomics, and RNA and protein research. Together, they use an innovative model system that provides critical insight into the structure and function of cilia that other systems might miss. Understanding the proteins and genes that go into creating a cilium and driving its function will lead to effectively devised treatments. Dr. Van Houten and her team are especially interested in exploring the ion channels of the cilia that make this cell a "swimming neuron." Their cilia research is currently at the fundamental investigation stage; they aim to provide novel insights for potential drug targeting of ciliopathies.

Dr. Judith Van Houten grew up in age of Sputnik, a time when national pride was taken in students interested in science and engineering. This inspired her tremendous interest in science and biology; she wanted to be a scientist before she was in grade school. Though science was typically not an easy path for women during that time in the 1960s, she was never dissuaded from her work. With encouragement from her parents, Dr. Van Houten pursued her passion for science throughout college and graduate school.

When she attended graduate school in the early 1970's, it was at a time in which molecular genetics and molecular biology were being invented. The rapid rate of discoveries and invention of technologies made research very exciting; now these milestones are being celebrated in retrospectives of discoveries that have led to advances in many biomedical fields, such as cancer research. At no time during her training did Dr. Van Houten’s interest in biology flag. In fact, it became more focused on molecular genetics, cell biology, and in cell motility and chemical sensing.

Fairly early in Dr. Van Houten’s career, she had an opportunity to be part of the leadership of several large grants that build infrastructure in the state for research and training students in science and engineering. She found that she was effective at identifying areas of need, building consensus, creating supporting budgets, grant management and translating these into successful grant proposals.  She now has two very large awards at the University of Vermont (UVM) for this infrastructure building; one from NSF for $20M and the other from NIH for $17.8M.

One large award from the National Science Foundation has just been funded for $20M over 5 years, the second such large award to her from NSF. This award coalesces an interdisciplinary group of faculty, students and postdocs across institutions in Vermont to study the resilience of the landscape surrounding Lake Champlain and determine what areas are able to withstand or rebound from severe weather events. In the face of climate change, severe weather events, such as Tropical Storm Irene, followed by a year of record-setting floods will become more common. The effects of these events on the land and waterways surrounding the Lake produce problems for the water quality and health of the Lake. Dr. Van Houten and her team employ very sophisticated and highly integrated modeling to test scenarios for lake- and land-use managers and policy makers to investigate how the policies they are contemplating will affect the Lake and its surrounds based on data about the resilience of the land and Lake and the climate scenarios for the next 20, 40 and 60 years. Her work takes her out to farms, towns, state legislators’ meetings, stakeholders meetings like the Lake Champlain Basin Program. She surveys the citizens of Vermont, State agencies, and other stakeholders in order to assess their attitudes toward policies and strategies to sustain and improve the health of the Lake.

Dr. Van Houten is motivated to continue innovating grant direction together with her cilia research.  Always seeking creative ways to share her knowledge and stimulate opportunities, she is seeking novel, online funding methods to help identify more partners with similar interests.  There are limited resources to sustain these initiatives and she invites you to join in her efforts.

Novel insights into the development and function of cilia using the advantages of the Paramecium cell and its many cilia.
Electrical Signaling in Motile and Primary Cilia. BioScience.
Reduction of meckelin leads to general loss of cilia, ciliary microtubule misalignment and distorted cell surface organization.
Proteomic Analysis of the Cilia Membrance of Paramecium tetraurelia.
Paramecium BBS genes are key to the presence of channels in cilia.

Elected to the Vermont Academy of Science and Engineering, 2008

American Association for the Advancement of Science (AAAS) Fellow, 2010