How Can We Design Long-term Sustainable Cropping Systems? 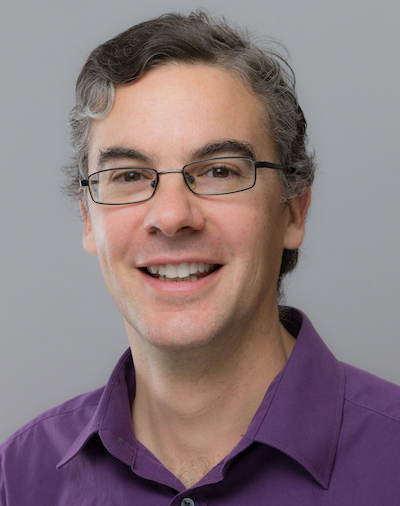 Your funding will contribute to the $1M necessary to continue Dr. Picasso’s work in developing sustainable cropping systems and agronomic practices for the long-term. Your contributions will support the cost of personnel, maintaining land for experiments, and lab equipment for farming and foraging. $3M will expand his research into developing new species and practical cropping systems for farmers on a global level. Help transform our food system and support the ecosystem; fund Dr. Picasso.

As our global population continues to increase, the demand to produce more food follows. We now face the consequences of climate change due to increased greenhouse gas emissions, and other environmental problems including, soil erosion, and water pollution from nutrient leaching and contamination, due to food production practices that damage the ecosystems. Dr. Valentin Picasso, Assistant Professor in the Agronomy Department of Forages and Grazing at University of Wisconsin Madison is developing novel sustainable cropping system using perennial forages on well-purposed crops. His research has the potential to mitigate the increasing damage on our environment and positively transform food production in both developing and developed countries.

Humans domesticated annual crop species—wheat, rice, corn, and barley—more than 10,000 years ago. The historical dichotomy between environmental conservation and food production is a serious challenge humanity now faces. Agricultural areas around the world face major issues of soil erosion and water contamination, which are problems generated by annual crops. In order to design more sustainable food production cropping systems, Dr. Picasso is focusing on increasing perennial crop use as forages for livestock and grain crops. Perennial grain polycultures are a leverage point for changing the entire food system structure and providing a long-term solution, reconciling environmental conservation with food production. This ecological science-based system merges with agriculture and crop production science to conserve biodiversity, protect soils, and improve water quality and the climate.

Currently, few perennial grain alternatives exist. “Kernza”—a perennial grain crop recently made commercially available—is an intermediate wheatgrass (similar to wheat) that has a reasonable grain yield. Dr. Picasso’s research focus’ on the agronomic management of this new crop by expanding and developing forage systems, grazing systems, and perennial dual-purpose crops, which can be harvested for food as a sustainable grain and regrown it year after year.

The perennial grain community is growing; Dr. Picasso works closely with plant breeders, farmers, soil and animal scientists, economists, sociologists, and food industrialists. He collaborates extensively with an interdisciplinary team of researchers in the U.S. and abroad. His U.S. collaborations include The Land Institute in Kansas, University of Minnesota, The Ohio State University, Michigan Technological University, University of Michigan, Iowa State University, University of California, Davis. His international collaborations include researchers from Wageningen (Netherlands), Sweden, Australia, China, Uruguay, Brazil, Argentina, Mexico, Africa, and Canada. Together, Dr. Picasso and his team are designing agroecosystems with a structure that mimics the natural ecosystems, providing similar ecosystem functions—such as stability, resiliency, minimal environmental impact—and reduce our dependency on external inputs, such as oil. By developing agricultural systems that are productive and stable, they will preserve biodiversity by providing a structure that allows animals to live in those systems.

Grazing Dual-Purpose Crops - Dr. Picasso and his team are developing dual-purpose crops (for forage and grain), which they will use as a first step toward sustainable agricultural production worldwide.

They are are performing ongoing experiments in research stations and farmers’ fields. After the crops have grown by spring, the team will graze some of the plots and leave others untouched. They will harvest the grain at the end of the summer, and by the following autumn they will continue the cycle of grazing some plots and leaving others alone. From these field studies, they will compare the effects of cattle-grazed plots with ungrazed plots, identifying the production yield of grain from the varying plots. Farmers can use this dual-purpose system to graze, forage, and harvest for grain their livestock, human consumption, or for industry production, all while reducing the harmful effects of pollution.

Agronomic Management and Intercropping of Perennial Grains and Legumes - Dr. Picasso and his team have begun an experiment in which they grow kernza grass with other legumes. They have plots with various combinations of species of foraged and food legumes, such as alfalfa, white clover, red clover, vetch, peas, and green beans. They aim to identify the best potential companion legume to grow kernza with. In their field experiments, Dr. Picasso and his team grow and harvest the grain and biomass of these different species, ultimately measuring its food quality. In their greenhouse experiments, they use different fertilizer rates for nitrogen to identify optimal fertility needs and measure various physiological traits, such as water use and efficiency, growth, height, and reproductive factors of the various plants.

Measuring Resilience to Climate Variability and Change - Dr. Picasso and his team are assessing the perennial forages and cropping system's resilience to climate change. Because perennial plants have deep roots, they often have a strong resilience to drought and climatic variability. They are looking at the crops’ root depth and structure in the plots. They are also interested in developing modeling techniques that allow them to identify situations in which there’s a major environmental stress—such as a drought or warm winter—and measure its impact on yield production. They will then develop the quantitative indicators of how fast the crops are able to recover.

Designing Perennial Diverse Agricultural Systems - Dr. Picasso and his team are developing perennial crop breeding programs in polycultures—mixtures of two or more plants—as forages for grain and pastures from livestock production. He and his team are investigating the best agronomic and agroecological ways to grow perennial grain crops in these diverse mixtures for increased grain yield.

Within five years, they aim to have a reasonable mixture of perennial crops, which will be extensively promoted through the agronomic information they will collect. Throughout the next 10 years, they expect significant increases in grain yields due to the breeding of proper varieties for compatible mixtures.

Dr. Valentin Picasso has long been interested in developing sustainable solutions for food productions. Originally from Uruguay, he performed his undergraduate studies in Agronomy and received his Ph.D. in Sustainable Agriculture at Iowa State. In 2003, he was awarded a fellowship from The Land Institute in Kansas to conduct his Ph.D. research on the role of crop species’ diversity and growing perennial crop polycultures. He then went back to Uruguay and was part of the faculty in the College of Agriculture at University of Uruguay (UDELAR), where he worked on forges, climate change, and agroecology.

Dr. Picasso wants to help to solve the major problems humanity is facing now and in the future. Food production will always be a need, and sustainable food production is a major challenge we currently face. Through his interdisciplinary collaborations with farmers and influential decision-makers, he strives to make a difference. This concept of using perennial grains as an approach to design more sustainable cropping systems struck Dr. Picasso as a novel, challenging, and long-term solution. Through his studies, he discovered that though there’s a lot of technology with the claim to contribute to food production in a sustainable way, they’re only short-term solutions. If annual crops continue to be used as a staple for grains, problems of erosion and nutrient-leaching will continue to persist. The research he’s pursuing will transform agriculture, providing a lasting solution.

Dr. Picasso now works at University of Madison as an Assistant Professor in the Agronomy Department. His goal is to change and improve cereal food production in the U.S. and globally. He recently began a collaboration with The Land Institute to develop dual-purpose perennial crop sites in Uruguay. Latin America is major area for food production globally. Due to its surplus of productivity, the annual crop production in that region uses inputs that create many associated environmental problems. His plans to expand his sustainable agronomic efforts to other continents, including Africa, where there is a great need to improve the amount of food produced, and Asia, which has a huge industrial agriculture system that can be completely transformed.

When he’s not in the lab, Dr. Picasso enjoys spending time with his family and kids, exploring the outdoors, swimming, ice skating, and traveling around the world.

Talk of an education and worldview called ecospheric, in results if not in name