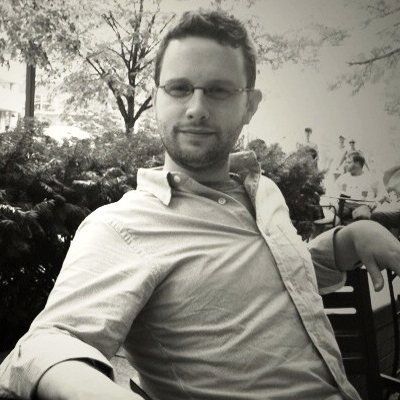 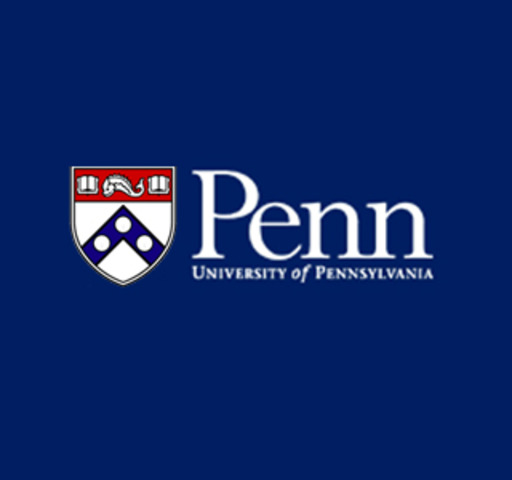 B.A., in Mathematics, 2001
University of Washington

B.S., in Biology, 2001
University of Washington

Your contributions will go in large part to support Dr. Voight and his lab personnel, of which he is in dire need. In addition, “Big Data” generated from human genomes and functional, high-throughput experiments demands thousands of hours of high-performance computational analysis. Storage of these data, as well as the computing hours, are essential to this research, are non-trivial in cost. Lastly, these projects rely on genetic data as inputs, and Dr. Voight needs to supplement what is publicly available through his own wet-lab experiments.

Dr. Benjamin Voight witnessed some of his close family members struggle with health complications at an early age, and he became dedicated to providing translational research benefits that could one day better the human condition. He is achieving this by studying both the evolutionary history of humans using genomics data, and the genetic risk that also segregates in the genomes of human populations. Both veins of research not only improve the ability to map complex disease genes which create the possibility for new therapies, but they also teach us about the complex history and biological forces that drove the ascent of modern humans as a species. These narratives are not only intrinsically interesting, but are also helpful in identifying why and how human populations are distinctive. Dr. Voight also studies biological oddities in nature beyond humans: in particular, the silk of spiders, one of the strongest biomaterials known to man. Such effort informs general biology with the potential to fundamentally change the nature of our future world by leading to novel material production with potentially revolutionary biomedical and industrial applications. Dr. Voight works with a highly interdisciplinary team comprised of professionals in fields from molecular biology and genetics to statistics and computer science who take an unflinching approach to large-scale genomics projects. With translation as the key focus of his lab, the findings that Dr. Voight and his team gather are exquisitely positioned to make a tangible impact on medicine and ultimately human health.

The growing catalog of human genetic loci that contribute susceptibility to complex disease offers great potential to improve human health either by direct clinical action or therapeutic development. Dr. Benjamin Voight, Assistant Professor in the Department of Systems Pharmacology and Translational Therapeutics and the Department of Genetics at the University of Pennsylvania, is dedicated to determining the locations in the human genome responsible for susceptibility to coronary heart disease and type 2 diabetes. But activating the translational potential of this research requires addressing several key questions. How many genes and alleles underlie complex disease, and what are their effects and frequencies? For a given susceptibility locus, what are the causal genes and functional alleles which modify risk to disease, and what are the genetic mechanisms? What pathways or gene networks do these genes modulate? What direction – overexpression or knockdown – do causal genes or networks need to be perturbed in order to obtain therapeutic benefits? How can current genetics data for causal and predictive biomarkers further improve clinical risk prediction and patient stratification?

To address these questions, Dr. Voight's lab builds computational tools grounded in the principles of population biology and statistics to then analyze data from tens of thousands of human genomes. Understanding the genetic, biological, and evolutionary basis of metabolic and cardiovascular phenotypes in human populations will ultimately lead to the development of new clinical practices, whether through new therapeutics or in the development of computational models that help explain how a disease functions.

Current research efforts within his lab focus on the following areas:

Dr. Voight is approaching this research by comparing the genomes of different people spread across different geographic areas. The relatively low expense needed to characterize individual genomes has led to the cataloging of thousands of diverse genomes from individuals around the world. Dr. Voight's efforts aim to design and apply novel statistical and computational methodology, and an intuitive knowledge of population biology, to address questions of causative players that will tell the narrative hidden in human evolution.

The subject of Dr. Voight's research is very personal to him due in large part to illnesses within his family's history. His father, who served as a Major in the United States Air Force, suffered a heart attack in his late 30's, very early for such an event, which effectively ended his career as an Air Force pilot. At the age of six, in an attempt to cure her disease, Dr. Voight was a bone-marrow for his sister, who ultimately passed away from childhood leukemia. These events were difficult to process, and perhaps expectedly, he turned to science fiction as an outlet. Drawing heavily on these experiences, at the age of 13 he convinced himself that he was going to pursue a career in research, specifically biology, and focus on the applications of gene therapy. At such a young age, he did not appreciate the degree of difficulty of this research, but at the time it seemed a viable opportunity that could have prevented the untimely fates of his loved ones. He adopted a sincere desire to improve the human condition, a sentiment that has persisted even as his career developed toward a slightly different trajectory.

In high school, one of the most interesting and provoking memories Dr. Voight can recall occurred during his AP Biology class, where he essentially followed in the footsteps of Alfred Sturtevant, the American geneticist who constructed the first genetic map of a chromosome, by performing a genetics cross with a model organism (fruit fly) to identify the ‘order’ in which segregating traits (and their mutations) occur along chromosome, via linkage analysis. It was at this moment that he realized there were ways to study biology that involved mathematics, one of his perceived strengths. As an undergraduate, he was fortunate enough to participate in directed research following a transfer to the University of Washington. His mentor, Dr. Maynard Olson, was trained in both computational and wet-lab experimental sciences. Dr. Olson took note of Dr. Voight's track record in mathematics and biology, but not in computer programming, and suggested that Dr. Voight take a class or two on the subject during the end of his senior year before departing to graduate school. He had never seriously programmed up until that point, but followed his mentor’s advice, fell in thick with the discipline, and quickly identified it as another of his core strengths. Thus, Dr. Voight found his niche applying mathematics and computation to biology.

While attending graduate school at the University of Chicago, Dr. Voight focused his research on complex trait models as well as evolutionary studies in humans. In that time, his father passed away at quite an early age due to neurological and vascular complications Dr. Voight believes stemmed from his father's cardiovascular disease pathophysiology. This event led him to include as part of his research focus, efforts to understand human disease, particularly the cardiometabolic diseases of type 2 diabetes and coronary heart disease, both medically relevant and which place a substantial burden on our health care system.

To his amazement, the collection of skills and aptitudes he acquired are unique and highly desirable in today's era of "Big Data." In the early days of Dr. Voight's own independent laboratory, he continues to maintain a diversity of interests encouraged by his fascination with problems in biology and medicine that can be addressed through interdisciplinary efforts: using biological knowledge and instincts to identify key questions in medicine, develop mathematical and statistical models to address them, evaluated in “Big Data” using advanced computational techniques. This keeps him constantly thinking about science, planning ahead and focusing on important clinical and evolutionary genetics questions. As a mentor, this is the same line of thinking he hopes to impart on the students that come into contact with his research group. Rather gratifyingly, Dr. Voight's lab has become a popular hub for M.D./Ph.D. students who have recently defended their doctoral theses and wish to develop some computational skills before returning to medical school to complete their M.D. degrees.

As a self-proclaimed "tech geek" Dr. Voight is fascinated by all sort of trends in the area. He has been building computers since he was an undergraduate. To get away from technology, Dr. Voight works with his wife with a “Do it Yourself” pioneering spirit, as they renovate their late 19th-century Victorian home. He makes it a point in his life to remain open- and scientifically-minded so that he is fully ready to approach any challenge as it presents itself.