How does the Body Discriminate Friend or Foe? 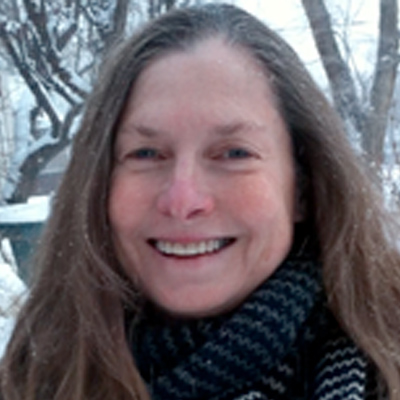 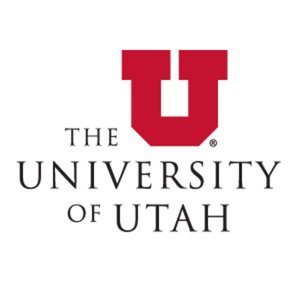 Your contributions will support the continued research of Dr. Brenda Bass, of the University of Utah School of Medicine, as she uncovers biological roles of double-stranded RNA. Donations will fund the necessary $26K/year required for each graduate student stipend, $36-50K/year required for each postdoctoral salary, $1000/person/month for lab supplies, and additional support will enable the purchase of equipment. Join in aiding the process of discovery to ensure that science makes strides in the basic biology that underlies life itself.

An essential feature of living organisms is double-stranded DNA, the double-helical molecule that stores our genetic information. Despite the abundance of knowledge we have about the DNA double-helix, we know much less about another double-helix, double-stranded RNA (dsRNA). Dr. Brenda Bass, Distinguished Professor of Biochemistry at the University of Utah School of Medicine, has spent most of her career uncovering the functions of this enigmatic molecule.

Viruses have long been known to produce dsRNA, and when dsRNA binding proteins (dsRBPs) in our bodies bind viral dsRNA they send an SOS that initiates an immune response to fight the infection. For many years it was thought that animals, including humans, did not make their own dsRNA. However, over the past 15 years Dr. Bass and her laboratory have discovered thousands of dsRNAs in many different cells, including those of the human brain and the small worm called Caenorhabditis elegans. The existence of this dsRNA raises two questions: What are the functions of dsRNA in our cells, and how do our cells tell the difference between our dsRNA and that from a virus? Research in Dr. Bass’ laboratory revolves around these two questions.

Dr. Bass is motivated by discovery; she explains that she would “rather tackle a mystery that others have been unable to solve, than make a contribution to an established field.” Therefore, by pursuing the unexpected in the hopes of expanding the boundaries of knowledge and creating new fields, Dr. Bass impacts society by enhancing the rate of scientific progress. Early in her career, as a graduate student, she discovered that certain RNA molecules, or ribozymes, could catalyze reactions using the same principle of catalysis as protein enzymes. This set the stage for a decade of intense study of ribozyme catalysis. As she has continued through her professional career, her seminal observations have lead to the creation of new fields and discoveries, which were recently recognized by her election to the National Academy of Sciences. With a constant interplay between experiments performed in vitro, with test tubes, and those involving in vivo studies in whole animals, Dr. Bass and her diverse team of graduate students and postdoctoral fellows are conducting curiosity-driven research to improve our understanding of the mechanisms underpinning life.

When asked about her path to becoming a researcher, Dr. Bass admits that it was not “planned but rather, paved by a series of choices made in response to life at specific moments.” As a child, she excelled in math and science, but also loved to write. In fact, as a freshman at Emory University she was an English major. However, she found that she was “uneasy taking criticism for something so personal” as her writing and also nervous about making a living as a writer. Therefore, she took the fall of her sophomore year off to decide her career path. In January, she transferred to Colorado College as a Chemistry major.

At that time, and now, Colorado College structured its curriculum on the Block Plan. Students took only one course, or Block, at a time, each lasting 3.5 weeks. While certainly this structure was intense, and not for everyone, Dr. Bass loved it. For science majors it allowed long, focused hours in the lab without the disruption of other classes. Classes were small, and students received a lot of attention from professors. She was particularly interested in organic chemistry at the time, and has memories of professors adding an unknown component to her experiment and then demanding that she figure out what they had added by evaluating the reaction products. She just loved the puzzle of it all. In truth, this is still what drives her research. She loves discovery and trying to figure things out.

After graduating from Colorado College, it took Dr. Bass three years to decide to go to graduate school. She worked as a research technician, taught, took some classes, and contemplated whether she should pursue a career in science or writing. She still loved to write, but luckily she realized that as a scientist, she would do a lot of writing. In truth, at this stage of her career, her job requires her to write at least 2-3 hours a day.

As luck would have it, at the University of Colorado, Boulder, Dr. Bass decided to pursue her Ph.D. research under the mentorship of Dr. Thomas Cech. It was an extremely exciting time in this lab, since she was involved in research that ultimately resulted in Dr. Cech receiving the Nobel Prize in Chemistry in 1989. Dr. Cech gave her rigorous training in biochemistry. As a postdoctoral fellow, she had the good fortune to continue her education at the Fred Hutchinson Cancer Center in the laboratory of the late Dr. Harold (Hal) Weintraub. While she was a strong biochemist when she began her postdoctoral research, she knew little biology. Hal was a master of discerning the most important biological questions, and Dr. Bass credits any capabilities she has in this area to her training with Hal.

Times were very different when Dr. Bass first applied for a job in 1988, and much less competitive. She had not planned her next step, but it was simply assumed that she would start her own lab. She received multiple offers during her job search, but ultimately decided to join the faculty at the University of Utah. The science was absolutely superb and the mountains inspiring!

In her free time, aside from research, Dr. Bass enjoys the outdoors where you can find her hiking or biking. Additionally, since she was a young girl, she has spent much of her time reading novels, and while she is no longer in choirs, she still loves singing.

Friend or Foe? Enzyme Discerns Whether RNA Is Viral or Not

Drosophila Dicer-2 cleavage is mediated by helicase- and dsRNA termini-dependent states that are modulated by Loquacious-PD
Potential role for snoRNAs in PKR activation during metabolic stress
Genome-wide profiling of the C. elegans dsRNAome
Inositol hexakisphosphate is bound in the ADAR2 core and required for RNA editing
A role for the RNase III enzyme DCR-1 in RNA interference and germ line development in Caenorhabditis elegans
Complete List of Publications

Bass Lab Investigates Self dsRNA as a Mediator of Disease