Defects in the Regulation of Genome Duplication can Lead to Cancer

What Leads to Gene Amplification in Cancer? 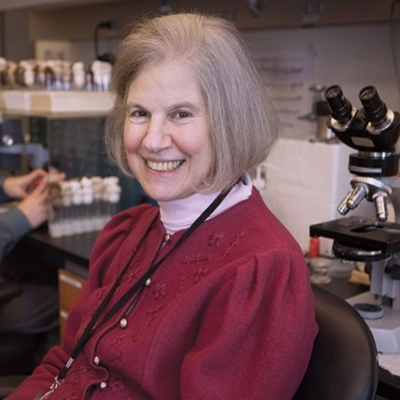 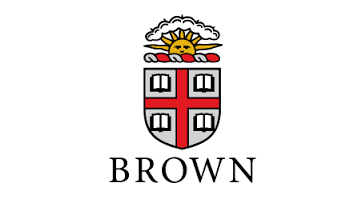 Your contributions support the continued research of Dr. Gerbi, as she elucidates fundamental molecular mechanisms in order to develop new modes of cancer diagnosis, therapy, and prevention. $600K funds personnel and supply costs in her lab. Her research program has passed stringent peer review and is partially funded by NIH and the NSF grants. Donations of any amount are welcome and will play a role in uncovering the ways cancer develops, allowing for novel future identification and treatment of cancers.

Defects in the Regulation of Genome Duplication can Lead to Cancer

Cancer is a disease of runaway cell division. Duplication of DNA, the hereditary material, must occur before cell division ensues. Therefore, understanding what regulates the initiation of DNA synthesis will uncover the checkpoint that regulates the onset of cell division. DNA carries the blueprint of life. It is crucial that it be duplicated perfectly to pass exact copies to the daughter cells. Dr. Susan Gerbi, the George Eggleston Professor at Brown University, seeks to understand origins of DNA replication where DNA synthesis begins. Identification of the many replication origins in the genome will elucidate the molecular mechanisms regulating the initiation of DNA synthesis and the coordination of cell growth and cell division. Dr. Gerbi and her team are working to translate their findings into new modes of cancer diagnosis, therapy, and prevention. Her studies to get at the heart of the matter by understanding molecular mechanisms fuel her passion to translate these basic findings into improvement of human health.

Dr. Gerbi uses many models, ranging from yeast, flies, frogs, and cultured human cells, selecting the organism whose biology is best suited to address the question at hand to elucidate fundamental mechanisms. Blending postdoctoral research associates, graduate students, a research assistant, and talented undergraduates engaged in their senior honor’s thesis research projects, Dr. Gerbi’s lab is promoting future generations of biologists with rigorous and meaningful work using cutting edge methods of molecular and cell biology and genomics. While different projects within the lab are advancing towards novel insight each day, of exceptional importance to Dr. Gerbi is the translation of her basic experiments into clinical applications. For instance, her current experiments may translate into ways to combat cancer as well as provide new antibiotics to combat infection.

Growing up, Dr. Gerbi’s father, Claudio Gerbi, was her role model. As a faculty member at Columbia University College of Physicians and Surgeons, he had a private practice in internal medicine, and carried out research on renal hypertension. Through her father, Dr. Susan Gerbi gained an appreciation of how research in fundamental biological mechanisms can have great significance and translation in medical applications. As a high school student, she accompanied her father at research seminars held at the New York Academy of Sciences and heard talks by eminent scholars. One of these talks was by George Palade, who went on to win the Nobel Prize for his work on ribosomes (the cellular factories for protein synthesis). This kindled her interest and future research on ribosomes.

Also while enrolled in a stimulating Advanced Placement Biology course in high school, Dr. Gerbi wrote a term paper on chromosome structure and DNA replication, using review articles by J. Herbert Taylor as the factual base. Two years later, as a Sophomore at Barnard College, she had the great pleasure of taking a Molecular Genetics course at Columbia University from the very same Professor Taylor. This clinched her deep interest in understanding the mechanism of DNA replication as well as a broader interest in chromosome structure.

Her fascination with ribosomes and chromosomes coalesced in her predoctoral graduate research with Professor Joe Gall, at Yale University, where she was a member of his team that developed the technique of in situ hybridization, allowing DNA sequences to be mapped on chromosomes. For these experiments Dr. Gerbi and the rest of the team mapped the genes for ribosomal RNA on the chromosome. The method of in situ hybridization set the stage and helped to usher in the modern era of genomics.

In her free time, Dr. Gerbi enjoys the creativity of gardening and landscape design. Additionally, as an amateur architect, Dr. Gerbi has designed and built an energy efficient Georgian colonial home. She also enjoys horseback riding and has competed in dressage and jumping.

Lady of the Flies

Methods to screen for antibiotic agents and their use in treatment of opportunistic infections.