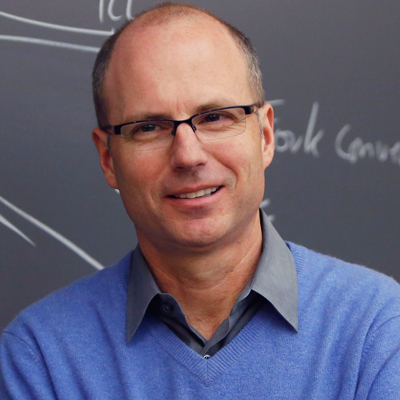 Your contributions will support the continued research of Dr. Johannes Walter and his diverse and talented team at Harvard Medical School. The research in the laboratory requires sophisticated reagents and highly trained personnel to conduct this experiments. Donations will help fund the annual $1.2M required to operate optimally and pursue all desired projects. Partner with Dr. Walter’s team to learn how knowledge of DNA repair can be exploited to treat diseases such as breast cancer and Fanconi anemia.

To remain viable and healthy, our cells must maintain a pristine, uncorrupted genetic blueprint, which is composed of six billion units of DNA information. Alarmingly, our DNA is under constant attack by internal and external factors; during one hour, the cells in our body collectively experience trillions of chemical insults. For example, water, which is present in every cell, attacks and slowly degrades DNA; cosmic rays, to which we are constantly exposed, can break DNA strands in half; the UV light in the sun’s rays chemically alters DNA. All this DNA damage has the potential to corrupt the genetic information and cause diseases such as premature aging and cancer. Dr. Johannes Walter, Professor of Biological Chemistry and Molecular Pharmacology at Harvard Medical School, and his laboratory study several of the multiple strategies or “pathways” that cells use to repair DNA damage. By examining how a broken DNA strand is stitched back together by proteins like BRCA1 and BRCA2, Dr. Walter hopes to lay the foundation for developing improved cancer therapies, particularly for breast and ovarian cancers which are often caused by mutations in BRCA1 and BRCA2.

To study DNA repair in the test tube, Dr. Walter’s lab makes extracts from the eggs of the African clawed toad, Xenopus laevis. By collecting large numbers of eggs and breaking them open, the lab is able to generate an extract that contains all the proteins normally present in a cell. Dr. Walter and his lab have shown that when they add damaged DNA to these extracts, the damage is repaired, which allows them to ask detailed questions about how the repair reaction normally unfolds. In addition, the team is able to remove specific proteins from the extract to understand their function in repair. Currently, Dr. Walter’s lab is one of just a few groups that is able to study the complex functions of proteins such as BRCA1 and BRCA2 in a test tube.

Current areas of focus include:

Dr. Johannes Walter was exposed early on to what it means to be a researcher, as his father was a biochemist. As an undergraduate at UC Berkeley, he was initially interested in pursuing Art History as his major, although he carried his love for biology with him and took courses in both fields. During his undergraduate years, Dr. Walter heard a lecture by the nobel laureate Randy Shekman who explained that if you mix lipids (greasy molecules) with water, the lipids spontaneously form a small bag that looks like a cell. Dr. Walter was so fascinated by the idea that the laws of physics and chemistry underlie life that he decided to study biochemistry. He is motivated primarily by curiosity, to unlock the many amazing processes that evolution has sculpted over billions of years, but also by the knowledge that the work he and others do lays the foundation for new therapies to fight human disease.

Fellow of the American Association for the Advancement of Science (AAAS), 2008