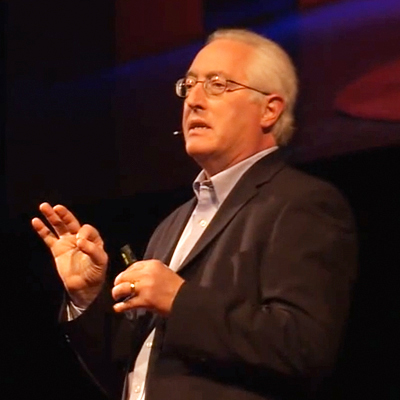 Ph.D. in Genetics 1980
University of Washington

Your contributions will accelerate the rate at which new pathways are uncovered and understood so that drugs can be moved into clinical trials more quickly. Dr. Goldstein is making strides in stem cell research on Alzheimer's disease, but drug development and clinical trials are very expensive. Without proper funding, a drug showing successful results for treatment risks getting stuck in the development process, where it is not being refined and tested for use treating neurological diseases.

Politically, stem cells have been a hot-button issue in the past, but medically they offer the development of promising new therapies for the cure of a number of diseases that have stumped medical professionals to date. Dr. Larry Goldstein of the University of California, San Diego's Stem Cell Program is using stem cells to understand how basic neuronal processes work and is applying that work to discover new drugs and treatments for debilitating neurological diseases such as Alzheimer's disease and ALS. He is tackling difficult problems that have been previously unsolvable, using the newest methods and technologies with stem cells to try and find solutions to these problems. Dr. Goldstein is guided by the hope that the discoveries he makes in his lab related to the fundamental study of stem cells will lead to the development of new drugs that will be tested in novel ways during series of clinical trials. Often, when a drug is set to begin testing, there is an unknown factor related to where to start: What is the proper dosage of the drug? Who is the ideal candidate? Should it be administered early or late in the disease, and continuously or for a brief period? Dr. Goldstein is working to provide that initial baseline with his research. His work on relatively unexplored pathways of stem cells is leading to novel discoveries and therapies for patients with neurological diseases.

Dr. Goldstein is targeting his research to understand the importance of neuronal processes and identify how they fail in a variety of different brain diseases, including Alzheimer's disease, Niemann Pick Type C (a pediatric dementia), and amyotrophic lateral sclerosis (ALS). He is using the newest technological approaches with human stem cells to develop therapies where there currently are none. Within the confines of the lab, Dr. Goldstein has precise and exquisite control of the genetic behavior of stem cells, which enables him to develop different combinations of brain cells in lab dishes. He can differentiate these pluripotent cells into neurons and a number of supporting cells found in the brain to recreate a miniature scale brain in a petri dish that can be used to test what goes wrong in Alzheimer's disease and related brain disorders. Recently, we have discovered new drug candidates for Alzheimer's and these candidates have revealed possible connections to cholesterol. This type of investigation allows him to study the diseased cells and learn what is going wrong with them, as well as develop new drugs and therapies that may correct those defects. From the basic science perspective, Dr. Goldstein is also studying how neurons, which are the biggest and longest cells in the human body, move vital materials throughout the cell; this intracellular trafficking and transport system is analogous to the road and highway system that moves materials in and around cities. A portion of his work studies how so-called molecular motors, or nano-motors drive material from one place to another and how they recognize when they have arrived at the correct destination. All of these projects are high-risk -- high-reward: they use the very newest technological methods available and they are extending our understanding of brain processes.

Current research projects deal with understanding basic neurological processes and how stem cells can alleviate misfunction of those processes:

As would be expected in most professional scientists, Dr. Goldstein had a love for science that manifested at a very young age. In college, he fell in love with the logic and beauty behind planning, designing, and executing genetic experiments and research. This appreciation for the scientific process carried Dr. Goldstein through his educational career, culminating in his earning of Bachelor's and Doctoral Degrees in Genetics. In his own research, Dr. Goldstein has demonstrated that seemingly "esoteric" research can lead to new therapeutic avenues for deadly and debilitating diseases. His work began with fruit flies, before moving to mammals, where he began to work on the basic processes of the brain in mice. This work in turn led to research involving the use of stem cells in order to better understand and treat Alzheimer's disease, Niemann Pick C (a deadly type of "pediatric" Alzheimer's, and amyotrophic lateral sclerosis (ALS), formally Lou Gehrig's disease.

Dr. Goldstein is passionate about his research, and there are a number of factors that motivate him. He is driven by the value of science to humanity and the American economy, and this has led him to find ways of applying basic and fundamental research techniques to methods that can quickly benefit people in novel ways. He is confident that his unique ideas and approaches can help develop new and better therapies, and that those can make a significant difference and impact human welfare, both on the individual level and within the broad scope of the scientific community. He has met with several ALS patients and has witnessed the transformative effects his research can have, which he will never forget. When his mother was diagnosed with Alzheimer's disease, a condition which ultimately claimed her life, there was little doctors could offer in terms of support or treatments. Dr. Goldstein met this lack of treatment with frustration and anger, and made it a point to focus on Alzheimer's disease as a major project in his lab. Over the past 15 years, he has continued to develop and refine his study of the disorder.

Outside of the lab, Dr. Goldstein uses his skills in the private sector. He says, "I also have a previous history launching a private sector company, Cytokinetics, which has developed novel drugs based on manipulation of the transport and trafficking systems in non-neuronal cells, and that are now in very promising clinical trials for ALS and heart failure among others."