Longevity of the Mind | Benefunder
Skip to main content
All Causes

Longevity of the Mind

Can We Keep Our Minds Safe and Sound? 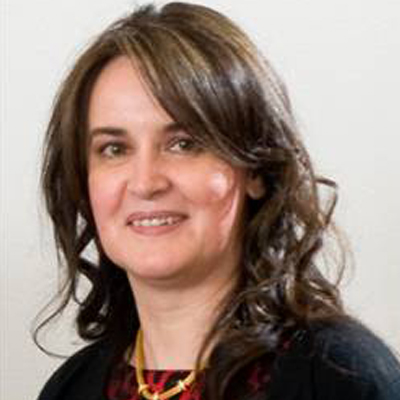 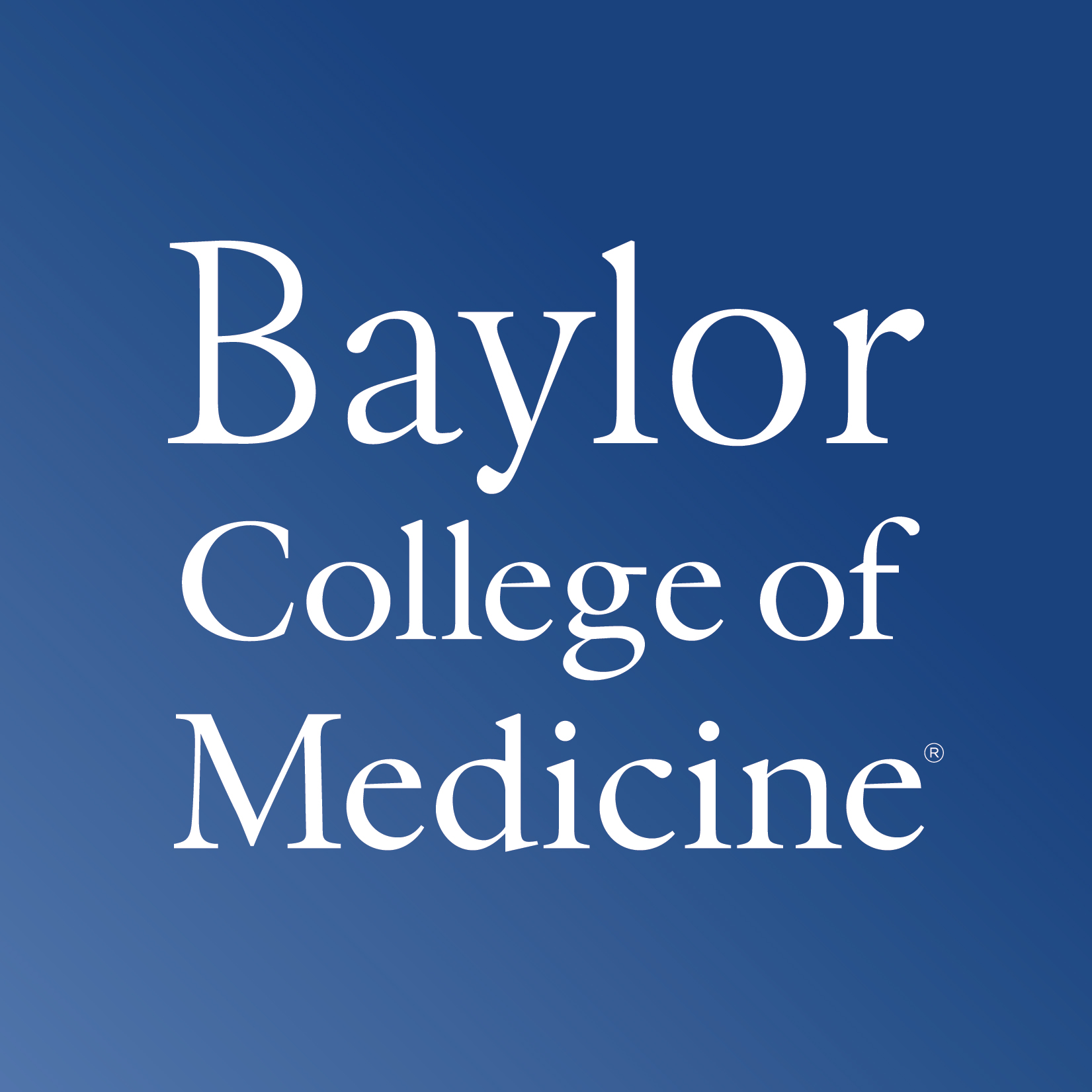 Your contributions will support the continued research of Dr. Mirjana Maletic-Savatic and her lab at Baylor College of Medicine as they explore the mechanisms of neuronal regeneration to ameliorate cognitive decline and enhance the human mind. Donations will help fund the $500K/year required to support personnel, molecular and clinical studies, and computational method development, crucial for identifying biomarkers of early brain dysfunction. Partner with Dr. Maletic-Savatic as she makes a tangible impact on today’s society.

Longevity of the Mind

Wouldn’t it be great to live life in awe, like children do? To accumulate knowledge and to remember the color, the taste, and the aroma of everything, not to mention the names of friends and people, phone numbers, and the title of a memorable movie? However, with each passing day, these abilities are somehow chipped away.

And then comes the hardship of a disease...Anna’s dad was diagnosed with multiple sclerosis when she was just 12. While the debilitating disease ate away at her dad’s brain, immobilizing and confining him to his bed, Anna’s mom suffered a critical financial crisis and left the family, forcing Anna to step up to fill the absence of both her parents and take charge of her two younger siblings. With advancing technology, science has offered incredible ways to elongate life; to enable people to live with these diseases and to breathe another day. However, can there be more to life than just living to see another day?

For Dr. Mirjana Maletic-Savatic, Assistant Professor of Pediatrics and Neuroscience at Baylor College of Medicine, these people we encounter daily -- whether it be you, me, or the next door neighbor -- comprise the core of her research. Determined to help people achieve the “longevity of the mind,” Dr. Maletic-Savatic studies neurogenesis throughout the entire spectrum of life: from early development of the brain in children to the decline of the brain cells in the elderly. She is also developing new neuroimaging methodologies to facilitate early diagnosis of multiple cognitive disabilities and diseases; had her research been widespread 13 years ago, Anna and her family’s lives may have been drastically different.

To achieve longevity of the mind, one would need to maintain the capacity to learn and memorize, regardless of age. Nature may have equipped us with such ability; the center for learning and memory, the hippocampus, is the major site where neural stem cells reside in the human brain. These cells produce new neurons daily, and are very important for learning and memory as well as mood control. Recent studies have estimated that in the human brain, 700 newborn neurons are incorporated in the hippocampal circuitry per day, suggesting an incredible capacity of this region to regenerate itself. Indeed, 30% of it is replaced in our lifetime, but our ability to produce new neurons substantially declines with age. The Savatic lab aims to understand how we can influence neurogenesis and harness this natural capacity of the human brain to keep our minds sound, safe, and healthy.

Dr. Mirjana Maletic-Savatic grew up in Belgrade, Serbia (former Yugoslavia), to a father who was a publisher of books on the Medieval Arts and a mother who was a professor of Mathematics. From an early age, she was surrounded by books and art, but was also faced with two very different visions from her parents. Conservative and straightforward, Dr. Maletic-Savatic’s mother wanted her to pursue a career in engineering, while her artistic father wanted to polish her creativity and encouraged her to become a novelist or a pianist. Sure enough, Dr. Maletic-Savatic was a piano protégé who from the age of five attended two schools in parallel: a regular elementary/middle school during the daytime and a special music school for piano in the afternoon. She excelled in both, getting numerous awards from mathematics to history, including a second place at an Intel-equivalent national competition in physics when she was only 15. Rebellious in nature but still very loyal to her parents, she decided to pursue two professions at the same time. She wanted to become a concert pianist and at the age of 16, was accepted to the Conservatory of Music, University of Belgrade. This was very unexpected, as only 10 students were enrolled, and it produced a big clash in the family regarding Dr. Maletic-Savatic’s future. This prompted her to search deeper into her heart, as she wanted to satisfy her parents but still remain true to herself. Engineering never interested her, but she did have a very holistic, scientific mind that delighted in exploring new frontiers and the broad concepts of human thought. She considered studying architecture, to build bridges, libraries, and museums, but she realized that deep at her core was the need to enrich lives of people directly. In addition to sharing her love for music, a more tangible way to contribute to people’s wellbeing was perhaps to study medicine. So she chose medicine, somewhere in the middle ground between her parents’ two desires as well as her own -- and she has not regretted it once.

While still at the university, a war broke out in Yugoslavia, driving its petrified people into their homes where they sat, immobile, watching in disbelief what was happening. Dr. Maletic-Savatic recounts the terrifying moments when pilots were practicing vertical landing of their helicopters in her apartment complex where she and her then two-year-old son lived. “It was utterly scary,” she says, “the war was real and it was happening in front of us - in every aspect of our daily life.” This experience strengthened in her heart a strong compassion for people, and the belief that “unlike any other species on Earth, we have the ability to think and talk; therefore, we should be able to find a common ground to all our problems without violence.” To find peace, she and her family sold everything they had to fly to the US, where Dr. Maletic-Savatic found a position at the Stony Brook University in New York. It is there that she realized the overwhelming power of science, when you are equipped with resources that can either mend or break the world. As she learned about autism, multiple sclerosis, Alzheimer’s, dementia, and other brain disorders during her residency, she regained her purpose in life and was determined to help those afflicted.

After her term at the Stony Brook University, Dr. Maletic-Savatic moved forward with her career in Cold Spring Harbor Laboratory where she worked with brilliant scientists on learning and memory. This solidified her future as a physician scientist, and in 2008, she joined Baylor College of Medicine and Texas Children’s Hospital to pursue breakthrough discoveries in neurobiology. With all of her experiences combined, now she is really strategically positioned in a place of influence that allows her to expand and exercise her knowledge and compassion.

Throughout her life, generosity of people who recognized Dr. Maletic-Savatic’s potential has helped her survive tremendous difficulties. This realization motivates her even more than her internal drive to help people. Every morning she wakes up thinking how she can make someone happy that day; how she can make a difference - small or big. She remarks, “We’re born only once, and we have this one opportunity to do something good -- for people, for babies and children, their families, and their friends -- I just have to do something about it.”

Dr. Maletic-Savatic still subscribes to Architectural Digest and design magazines to continue to nourish her love for architecture, but she is more than happy to be doing something that helps her understand the human mind and facilitate breakthroughs that might truly change someone’s life for the better. Not to mention, these studies still provide her with a creative outlet: everyone who comes to her laboratory is very artistic and the incredibly beautiful scientific art they produce enriches the walls of her office and her institute.

The Birth of a Brain Cell: Scientists Witness Neurogenesis

A Glimpse of Stem Cells in the Living Human Brain

Solving the mystery of autism

Hearts of Gold Gala Honors Women in Health and Science

BLG 15-050: “Automated identification and quantification of metabolites from NMR data.”