Can Healthcare Really Be Pro-Active? 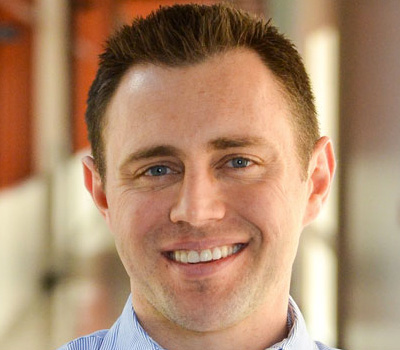 The future of sustainable healthcare is in home-centric healthcare and preventative care rather than hospital and reactive care.  Dr. Drew Hall of University of California, San Diego passionately believes that healthcare should be accessible to even the most remote parts of our planet. With rapidly increasing health care costs, a constantly expanding population, and a limited supply of physicians, radical changes must be made for the healthcare system to remain sustainable while simultaneously improving the quality of care. A compelling solution to this pressing need is to alleviate some of the burden on the healthcare system and physicians by equipping the general population with the tools to make their own rapid and accurate diagnoses. While there will always be a need for physicians to treat complicated diseases, manage treatment regimens, and perform surgeries, there are several aspects of the current healthcare system that can be streamlined.

Just as miniaturization of computers, which once filled large rooms, into the microprocessor revolutionized the computer industry; miniaturization of medical diagnostic tools has the potential to restructure our healthcare system. Dr. Hall and his team are designing these diagnostic tools to be cost effective and permit individuals to take an active part in their own health care. With the right combination of funding and passionate supporters, this device and devices like it could reach millions of people across the globe that do not have access to proper hospital care and revolutionize typical doctor/patient interactions throughout the world. The potential commercial impact of the nanoLAB is enormous, enabling doctors to virtually reach across the globe to patients with this device.  Getting one or more of these devices into remote areas of the world would change the face of global health care and the ability to diagnose diseases that plague many parts of the developing world. At the University of California, San Diego Dr. Hall and his team are working to make this technology - which will change the lives of millions of people - a reality.

Dr. Hall's multi-disciplinary research explores the intersection of electronics, nanotechnology, and biology through the design of high performance CMOS biochips. These mixed-signal biochips address applications such as in-vitro diagnostics, DNA sequencing, proteomics, and neuronal stimulation and detection. This research emphasizes point-of-care (POC) biochips where medical diagnoses, such as human immunodeficiency virus (HIV), are made in resource limited settings.

Drew Hall received the B.S. degree in computer engineering with honors from the University of Nevada, Las Vegas in 2005 along with M.S. and Ph.D. degrees in electrical engineering from Stanford University in 2008 and 2012, respectively. In the past, he has held internship positions with General Electric, Bentley Nevada Corporation, and National Semiconductor Corporation where he worked on low-power, precision analog circuit design. He worked as a research scientist at the Intel Corporation from 2011 to 2013 in the integrated biosensors laboratory. In 2012, he joined the Jacobs School of Engineering at the University of California, San Diego as an assistant professor in the Department of Electrical and Computer Engineering.

IEEE announces the winners of its inaugural IEEE Presidents

Winner of the national bioengineering competition for "Lab-on-a-stick: A Hand-Held Diagnostic Laboratory"