The Power of Will | Benefunder
Skip to main content
All Causes

The Power of Will

Who Are We and Why Do We Think, Feel and Act the Way We Do? 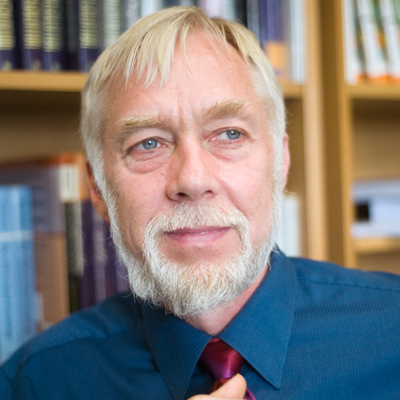 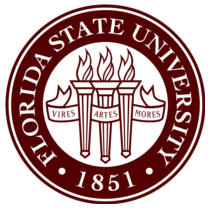 Postdoc in 1979
University of California, Berkeley

Your contributions will support Dr. Roy Baumeister of Florida State University as he explores how we think about the self and why we feel and act the way we do through rigorous research. Donations will help fund the $300K/year needed to support personnel, online experiments with a properly created national sample, and series of studies that can enable a theory to be tested, refined, and tested again. Help provide powerful, practical insights into human behavior; fund Dr. Baumeister.

The Power of Will

Research now confirms that increased self-control, more than self-esteem, leads to greater success in school and work, improved relationships, more happiness, fewer personal problems, more money, and longer life. In addition to self-control, there are other qualities that can greatly help enrich the quality of an individual’s life. Dr. Roy Baumeister, Francis Eppes Eminent Scholar and Professor of Psychology at Florida State University, studies the basic questions of self-control, free will, the need to belong, future-mindedness, and addiction, and the impact these traits can have on individuals’ decision-making processes in not only their own lives but also in the broader context of society. By exploring how we think about ourselves and why we feel and act the way we do, Dr. Baumeister provides deep insight into human morality and success.

One of the world’s most influential social psychologists, Dr. Baumeister has published well over 500 scientific articles and 30 books, and more than 140 of his publications have been cited over a hundred times (as opposed to the usual one to zero). Moreover, a book covering his research on self-control became a New York Times bestseller in 2011, which reflects the broad public interest in this important work. With a well-organized lab and prominent collaborators both nationwide and worldwide, Dr. Baumeister often moves beyond psychology and works with fields like marketing, business, philosophy, and economics. For example, one recent line of research reveals that undermining people’s belief in free will makes them prone to cheat, steal, attack others, refuse to help others, stop thinking for themselves, and perform badly at work. Such empirical, scientific data explaining human behavior will profoundly help people to be better decision makers and exercisers of self-control.
Scientific psychology is less well known than clinical psychology. Baumeister uses laboratory experiments and other statistical methods to explore basic truths about normal human behavior.

Dr. Baumeister’s laboratory has multiple lines of research. While some of them overlap, to varying degrees, the main current themes include:

Dr. Roy Baumeister is a social psychologist who explores how we think about the self, and why we feel and act the way we do. He is especially known for his work on the subjects of willpower, self-control, and self-esteem, and how they relate to human morality and success.

Dr. Baumeister first planned on being a math major, because he liked solving problems. And then he tried philosophy, because it dealt with profound problems and grand ideas. Psychology emerged as a late compromise, where he could use statistical data to address some of those profound issues and problems. Psychology also serves what his mentor once called one’s “basic curiosity about people.” In short, Dr. Baumeister does research in psychology as a way of coming to understand people, social life, and the human condition in general.

Dr. Baumeister’s research is not based on a strong allegiance to certain ideas, such as the political or religious views that motivate some other researchers. Instead, he tries to listen to the data and follow where they lead. He makes a virtue of revising his views and theories as new facts become available, because he wants to end up knowing the truth, whether he likes it or not.

Another important part of his research process is training young researchers. Almost 40 people have completed a social psychology Ph.D. or postdoctoral fellowship with Dr. Baumeister, and to his delight, all of them so far have gone on to academic jobs, in some cases winning awards for their research. Dr. Baumeister tries to give them freedom to pursue their own interests while they work in his lab, though this means that his research gets pulled in several different directions.

Outside of research, Dr. Baumeister is an amateur pianist who also enjoys composing music and skiing.

The Philosophical Implications of the Urge to Urinate

Can You Boost Your Willpower?

What's the Difference Between a Happy Life and a Meaningful One?

How to master your weaknesses

Willpower: Rediscovering the greatest human strength
The need to belong: Desire for interpersonal attachments as a fundamental human motivation
Ego depletion: Is the active self a limited resource?
Some key differences between a happy life and a meaningful life
Recent research on free will: Conceptualizations, beliefs, and processes

On free will, at the Sydney Opera House, 2014
On willpower and self-control, at “Happiness and its causes”, 2014
What is the self? Award address at Association for Psychological Science, 2013
The why, what, and how of human consciousness (conference, 2012)
How social rejection affects people, 2012

Society for Experimental Social Psychology (highest honor for single article based on cumulative scientific influence; this was for “The Need to Belong”)

(The highest honor given by the Humboldt Society)

Inducted into American Academy of Arts and Sciences, 2015

(The highest honor granted by the Association for Psychological Science)

(highest honor given by International Society for Self and Identity)