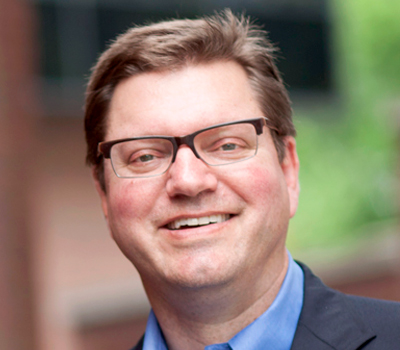 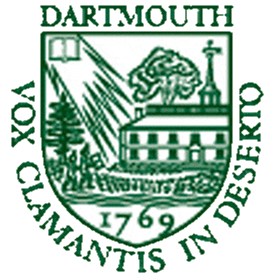 Your contributions will support the research of Dr. Bernard as he improves our understanding how firms interact with each other in the global economy. Donations of $30K will allow him to purchase important new data sets and strengthen the face-to-face collaborations of his international research teams. In addition, $75K will allow him to add a postdoc to his team. Your contributions will play an important role in understanding firms and their relationship with the global economy thereby affecting consumers, producers, and policy!

The world has become increasingly connected and globalized in the last two decades. However, we still have a rudimentary understanding of who wins and who loses from these changes. Dr. Andrew Bernard, of Dartmouth College, is interested in the interaction between globalization and businesses. His research focuses on the decisions of individual firms, recognizing that they are making the key decisions about where and what to produce and what prices to charge. As one of the top 100 most highly cited economists and the first researcher to introduce firms into the academic field of international trade, he has had remarkable success in asking new questions and finding solutions that greatly affect our world. His early research examined which firms export and how they perform once they have engaged in international markets. Policymakers and academics suspect that cross-border supply chains play important roles in determining firm performance and the well-being of consumers around the world. Dr. Bernard's research is the first to systematically examine the causes and consequences of these connections.

Dr. Bernard collaborates with researchers around the world in a number of distinct teams which tackle particular research questions. While his approach is unorthodox, as he starts at the bottom and builds up the analysis from the level of the firm rather than modeling industries and countries, he is able to provoke a completely different set of research questions. Better questions are the key to a better understanding of how prosperity can be spread to the global economy. Firms that engage in international trade are high performers and few in number. By understanding how such firms interact with each other before they get to the consumer, researchers can better understand source and magnitude the benefits of opening up to the rest of the world. In addition, the focus on the fundamental connections between firms that trade across borders directly connects to the mission of policymakers from the White House to the World Trade Organization. Dr. Bernard's research is advancing our knowledge of the global economy and changing how we design policy.

Dr. Andrew Bernard has been a faculty member at Tuck since 1999. He received his Ph.D. from Stanford in economics in 1991 and was on the faculty at MIT and Yale prior to coming to Tuck. Dr. Bernard is an expert in international trade and investment and specializes in firm responses to globalization. His current research focuses on the evolution of global (and domestic) production networks and the consequences for firm performance. Dr. Bernard was named by Thompson Reuters as one of the World's Most Influential Scientific Minds in 2014 and is among the 100 most cited economists. He received a National Science Foundation grant to study firm responses to international trade. In addition to being published in top academic journals such as the American Economic Review, the Quarterly Journal of Economics and the Review of Economic Studies, his research has been featured on CNN, CNBC, Good Morning America, MSNBC, NPR's Morning Edition, The Marketplace Morning Report, the BBC, and in the New York Times, Wall Street Journal, Financial Times, The Economist, Nikkei, Fortune, and Business Week.

Aside from his research, Dr. Bernard is best known for his successful predictions of how many medals each country will win in the Olympics. Perhaps less publicly known is that The Office character, Andy Bernard, was named after Dr. Bernard.

The Furor Over "Factoryless" Manufacturers