What Does Music Improvisation Tell Us about Human Creativity? 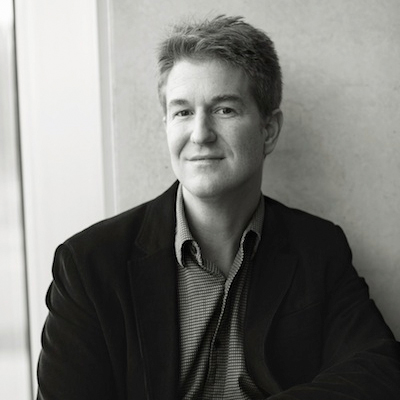 M.A. and Ph.D. in Ethnomusicology 1999
University of California, Los Angeles

Your contributions will support Dr. Borgo's research by facilitating the development of electroacoustic interfaces, compositions, and artistic collaborations, as well as his ongoing documentation of artistic communities exploring similar domains. Dr. Borgo would like to author a second book highlighting his recent research and to expand his cross-cultural investigations into musical improvisation and interaction, with the ultimate goal of producing a documentary film and accompanying materials.

Music can reveal valuable information about human culture, cognition, and consciousness. Dr. Borgo, Professor of Music at the University of California, San Diego, works as a performer, improviser, composer and researcher to shed new light on how creativity is fundamentally shared between, and spread across, persons, things, places and times. He is particularly interested in technologically mediated live musical performance, but he also researches other uses of new technology that offer immersive, intense, and deeply personal engagements with sound.

A particular joy of musical improvisation is not knowing precisely the relationship between one's thoughts and one's actions (one has to surprise oneself, after all) and between one's actions and the actions of other improvisers (did you do that because I did that, or did I do that because you did that?). Improvising in electroacoustic situations can heighten the joy (by extending one's musical resources and horizons) and the complexity of the situation (by introducing additional technological actors and agency). Dr. Borgo's research explores interactive strategies and emergent phenomena in musical improvisation through experiential, qualitative, and comparative analytics, while also insisting on ecological and contextual sensitivity towards the cultural and discursive practices involved.

As we continue to integrate and hybridize our artistic expressions in the age of computation, we have the opportunity to learn more about the distinctness of human creativity as it interfaces with computational "artificial intelligence." Dr. Borgo's research expands the frame we use to describe music by challenging the conventional notions of what music should sound like and what role it plays in modern society.

Dr. Borgo's current research takes an experimental and theoretical approach towards musical creativity, and it involves both creative output and scholarly work:

Dr. Borgo began playing the saxophone at age eight. Despite his early musical passion and success, he originally intended to major in computer engineering and eventually work in the burgeoning field of artificial intelligence. By the end of his senior year in high school, however, he found himself more interested in the music of saxophonist Charlie Parker than in calculus. Parker's music provoked an epiphany for Dr. Borgo that these remarkable solo constructions could be different, often radically, every night in the hands of such an accomplished improviser. He realized then that creativity, interaction, and improvisation are cornerstone pieces of the musical experience, and that they can reveal new insights into culture, cognition and consciousness.

As an improvising saxophonist for nearly 40 years, Dr. Borgo continues to be motivated by exploring the creative process. In-the-moment creativity has always fascinated him, and his passion for music has translated into a career directed at understanding the confluence of factors and influences that contribute to, and benefit from, the creative moment. His more recent work designing and performing with interactive computing systems has allowed him to revisit some of his early passions for technology and artificial intelligence while also highlighting the integral and essential role that the arts play in the digital age.

Dr. Borgo specializes in playing the saxophone, but he also enjoys playing various flutes and reed instruments from around the world. Beyond music, Dr. Borgo spends much of his free time on the soccer field with his kids, or riding his motorcycle around east county San Diego.

A look at some of the year's top jazz albums

Musicking on the Shores of Multiplicity and Complexity
Free Jazz in the Classroom: An Ecological Approach to Music Education
Sync or Swarm: Improvising Music in a Complex Age

for most distinguished English-language monograph published in the field of ethnomusicology during the previous year; awarded to Sync or Swarm: Improvising Music in a Complex Age