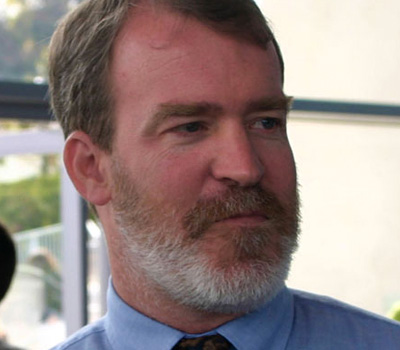 Your donations will assist in the investigations of the public's view of science and medicine. Help Dr. Evans discover new insights that will assist science in retaining the support of the public so that it can help solve the problems of the 21st century.

Understanding the connection between scientific discovery and public opinion

Should science lead society or should society lead science? That is the question Dr. John Evans, Professor and Chair of Sociology at University of California, San Diego is asking. Modern science and medicine are among the greatest of our human inventions, resulting in the reduction of suffering and making our lives easier in incalculable ways.  But, this will not happen if the public does not support science.  The vast majority of the research ultimately requires the public to have faith in science.  However, the success of modern science and medicine has led some to the conclusion that science is the only way of knowing anything, and that science should lead society instead of serving it.  The traditional view of the public has been that science should serve our humanistic values, not determine them.  When science no longer follows society's values, but sets those values, support for science declines.

The core of his research focuses on topics in religion, culture, politics and science.

These books and articles are primarily about controversial social, scientific and medical issues in public debates; the relationship between religion and science; and the structure of the profession now called bioethics.  His most recent articles have examined the view of religious people toward scientific issues like global warming.

Dr. Evans earned his B.A. from Macalester College and his Ph.D. from Princeton. He has been a Post-doctoral Fellow at Yale, a visiting member of the Institute for Advanced Study in Princeton, NJ, and has held a visiting professorial fellowships at the University of Edinburgh and the University of Muenster.

His first book, "Playing God? Human Genetic Engineering and the Rationalization of Public Bioethical Debate" (2002, University of Chicago Press), won the Distinguished Book Award from the Religion Section of the American Sociological Association.

He is currently conducting research for a book that examines the extent to which American citizens accept a scientific definition of the human being, compared to other religious and philosophical conceptions, and whether a particular definition is associated with how humans are treated.

In general, his research contributes to normative debates about the proper divide between religion and science by determining what the public thinks of the divide.

Science and religion: A false divide

It is a history of professional bioethics, an evaluation of the profession's current crisis, and a proposal for its resolution, all told from the vantage point of a social scientist

UCSD explores what it means to be human

UC San Diego is preparing a major national survey that will ask the public a simple but difficult question: What is a human?

The Meaning of Being Human: A Discussion on Religion and Medicine
John Evans and Dalton Conley discuss bioethics and genetically modified food

Sociology of Religion Section of the American Sociological Association, for Playing God? Human Genetic Engineering and the Rationalization of Public Bioethical Debate