Making Choices as an Adolescent: How to Minimize Risk Taking | Benefunder
Skip to main content
All Causes

Making Choices as an Adolescent: How to Minimize Risk Taking

Why Do Adolescents Make Riskier Choices? 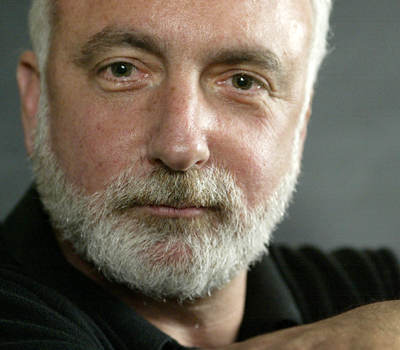 Temple University of the Commonwealth 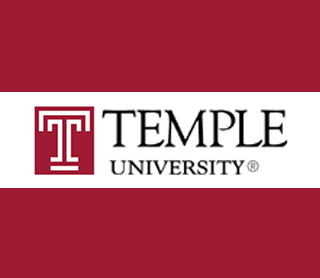 Your contributions will support the continued research of Dr. Laurence Steinberg, of Temple University, as he studies adolescent decision-making and risky behavior. Donations will support the necessary $300K needed annually to support large scale studies including personnel, subject payment, and brain imaging. In choosing to support Dr. Steinberg's research you will play a part in developing new insights into how best to protect the safety and well-being of  youth.

Making Choices as an Adolescent: How to Minimize Risk Taking

The greatest threats to the health and well-being of young people in developed societies are not illness and disease but choices youth make -- the things kids do that jeopardize themselves and others, including reckless driving, unprotected sex, experimentation with drugs, and delinquency. Because most forms of risky and reckless behavior peak in adolescence, Dr. Laurence Steinberg, of Temple University, has sought to understand these behaviors and explore ways of preventing behaviors that have harmful and life-threatening consequences. His research is concerned with the treatment of adolescents and youth in contemporary society and is at the intersection of adolescent brain and behavioral development. His research has numerous applications that will improve the well-being of young people and their families.

Dr. Steinberg's research solves pressing social problems with rigorous scientific research. His previous research has had a systemic impact on America's youth, as evidenced by the Supreme Court citing his research supporting their decision to abolish the juvenile death penalty. While his research is grounded in empirical science, it has had a significant impact on public policy. Dr. Steinberg explains that as a researcher, he has "an obligation to do work on things that are important in people's lives and to try to do work that will improve the well-being of kids and their families." This obligation is lived out as he approaches his research by beginning with a societal problem and then tackling how such problems can be solved scientifically. As one of the world's leading experts on adolescence and as the author or editor of 17 books, Dr. Steinberg is a researcher who aims to provide strategies for maintaining the safety and well-being of children and adolescents.

Laurence Steinberg, Ph.D., one of the world's leading experts on adolescence, is a Distinguished University Professor and the Laura H. Carnell Professor of Psychology at Temple University. He taught previously at Cornell University, the University of California, Irvine, and the University of Wisconsin--Madison. Dr. Steinberg is the author of more than 350 articles and essays on development during the teenage years, and the author or editor of 17 books. He has been a featured guest on numerous television programs, including CBS Morning News, Today, Good Morning America, 20/20, Dateline, PBS News Hour, and The Oprah Winfrey Show, and is a frequent consultant on adolescence for print and electronic media, including the New York Times and NPR. He has also written for the New York Times, Wall Street Journal, Washington Post, USA Today, Slate, and Psychology Today. A graduate of Vassar College and Cornell University, Dr. Steinberg is a Fellow of the American Academy of Arts and Sciences, the American Psychological Association, and the Association for Psychological Science.

Dr. Steinberg initially went into developmental psychology to better understand how we become who we are, which led him to the study of adolescence. As a graduate student, he learned that developmental science could be used to inform policy and practice. He therefore became especially interested in applied research on children and youth. For the past 40 years, Dr. Steinberg has studied a variety of policy-related topics including child labor, school reform, and juvenile justice, among others, as well as practical topics, including parent-adolescent relationships, with the hope of improving the lives of young people. In addition to his research, Dr. Steinberg does a lot of writing for general audiences in an effort to "give science away". Aside from research, in his free time, Dr. Steinberg is a loyal Philadelphia Eagles football fan, an avid reader, and enjoys playing bridge.

The Case For Delayed Adulthood

Some Millennials are This Trapped: Income Inequality, Obesity, and the Neuroscience of Adolescence

Friends Can Be Dangerous

Age of opportunity: Lessons from the new science of adolescence
Peers increase adolescent risk taking even when the probabilities of negative outcomes are known
Adolescent mice, unlike adults, consume more alcohol in the presence of peers than alone
Sex differences in the developmental trajectories of impulse control and sensation-seeking from early adolescence to early adult
The teenage brain: Peer influences on adolescent decision-making

Urie Bronfenbrenner Award for Lifetime Contribution to Developmental Psychology in the Service of Science and Society, American Psychological Association, 2003

Listed in The World's Most Influential Scientific Minds, Thomson Reuters, 2014