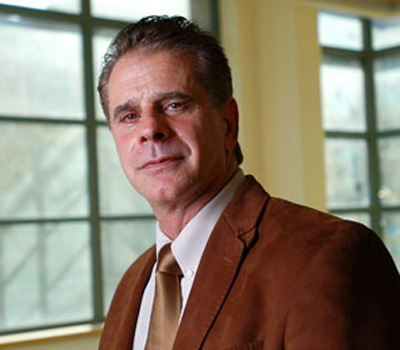 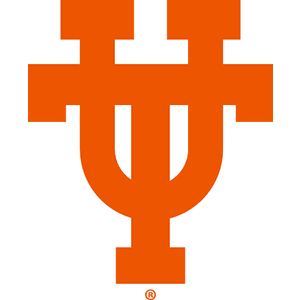 Professor, Psychology
The University of Texas at Austin
current

Director, Laboratory for the Study of Anxiety Disorders
The University of Texas at Austin
1986 - current

Director, Clinical Psychology Program
The University of Texas at Austin
1993 - 1999

M.A. in Applied Behavior Analysis 1977
University of the Pacific

B.S. in Psychology 1975
University of Massachusetts

Your contributions will support the completion of both ongoing and future treatment studies on PTSD and other anxiety-related disorders. Typical research projects require about $200K/year in personnel, materials, and patient payment costs. Your donations will provide much needed funds for new treatments and prevention programs that assist individuals suffering from PTSD and other anxiety-related problems.

Investigating the causes and cures of PTSD, anxiety, and phobias

Dr. Michael Telch - a professor in clinical psychology and Director of the Laboratory for the Study of Anxiety Disorders at The University of Texas at Austin - is internationally recognized for his research on the nature and treatment of anxiety-related mental disorders. Dr. Telch's anxiety research focuses on two fundamental questions: (a) Can existing psychological treatments for anxiety-related disorders be improved so that more anxiety sufferers achieve full long-term recovery? and (b) Will enhanced knowledge of the "causes" of specific anxiety disorders allow us to develop intervention strategies for preventing anxiety disorders from ever developing? Dr. Telch's current treatment studies focus on taking advantage of recent scientific discoveries on brain "neuroplasticity" and integrating that new knowledge into the design of more effective treatments for anxiety-related disorders such as PTSD, panic, and phobias. His risk factor research on PTSD is discovering new causes of PTSD among soldiers deployed to a war zone,  which ultimately may provide important clues for preventing PTSD. Dr. Telch also maintains an active clinical practice specializing in the treatment of anxiety-related disorders. He and his doctoral students draw heavily on their treatment development research when working with anxiety patients in the clinic. Dr. Telch's research is unique in that it combines cutting edge research on treatment development, hands on clinical work with real anxiety patients, and basic research on the nature and causes of anxiety disorders.

Over the past 40 years, research on developing new psychotherapies for the treatment of PTSD and other anxiety-related disorders has largely proceeded without consideration of how the brain "learns" or of the factors that enhance the brain's capacity to learn. Based on the assumption that all psychotherapies involve new learning, Dr. Telch's current treatment studies focus on taking advantage of recent scientific discoveries on brain "neuroplasticity" and integrating that new knowledge into the design of more effective treatments for anxiety-related disorders such as PTSD, panic, and phobias. For example, Dr. Telch and his colleagues have just published the first demonstration that administering methylene blue, a drug known to enhance learning in rodents, enhances the effects of exposure therapy for phobias in humans. With colleagues at The University of Texas at Austin, University of Washington, and University of Pennsylvania, Dr. Telch and colleagues have just completed a similar investigation to determine if methylene blue enhances existing exposure therapy for patients with chronic post-traumatic stress disorder.

Making Progress on the Causes of Post-Traumatic Stress Disorder

A separate line of research in Professor Telch's lab focuses on developing a better understanding of the "causes" of PTSD. We know that approximately 70% of those who experience a significant traumatic event like a combat trauma, rape, physical assault, severe car accident, or sudden loss of a loved one show "resilience" in the face of such unfortunate traumatic events. But what about the 30% or so that do develop debilitating PTSD in response to trauma? One of the questions that Telch's research is trying to answer is, "What are the factors that lead some soldiers to develop debilitating mental disorders such as PTSD and depression when deployed to a war-zone, whereas others return relatively unscathed?" Telch, as lead investigator of the Texas Combat PTSD Risk Project, recruited soldiers from Fort Hood with no prior history of war zone deployment completed a comprehensive assessment battery of genetic and hormonal testing, structural and functional neuroimaging, stress-reactivity challenges, cognitive assessments, and a host of psychological measures and structured clinical interviews approximately 30 to 60 days prior to their deployment to Iraq.

A novel feature of the study was that once deployed to Iraq, soldiers completed monthly web-based stress logs providing critical data on the types of ongoing deployment-related stressors and ratings of their psychological functioning. This allowed Dr. Telch and his team to investigate the "emergence" of deployment related stress reactions such as PTSD and depression in the war zone and test whether any of the pre-deployment variables collected prior to their deployment predicted psychological disturbance while deployed. Several new discoveries have emerged from the project and have been recently published. We are continuing to analyze data from the project and hope that additional discoveries emerge to help us better identify soldiers at risk for developing significant mental illness during war zone deployment. From this research Dr. Telch hopes to help inform the development of more effective pre-deployment intervention programs for preventing PTSD and other deployment-related stress disorders.

Because of the large amount of data collected, analyses of soldiers' hormonal, genetic, and neuroimaging data are still ongoing. Hopefully, these analyses will lead to additional discoveries related to the identification of specific risk factors contributing to the development of PTSD and other mental disorders among deployed soldiers.

Dr. Telch is hoping to extend his PTSD risk factor research to other trauma populations such as first responders and patients presenting at the emergency room following a traumatic accident.

Back in 1981 while receiving doctoral training at Stanford University, Dr. Telch was assigned a 49-year-old house-bound patient named Peg who for the past 18 years had been suffering from debilitating panic disorder with agoraphobia - a debilitating mental disorder characterized by unexpected panic attacks and significant avoidance of situations that the patient fears might bring on a panic attack. Although Dr. Telch is now an internationally recognized authority on panic attacks, he was just a doctoral student at the time, and working with such a severe case was almost enough to send him into a panic! However, with guidance from his supervisor, he took to the literature. In his readings, he found a relatively new (at the time), more action-oriented treatment called "in vivo exposure." This approach has the patient, with the support of the therapist, gradually face increasingly-challenging feared situations. In the process, the patient receives corrective information that the situations they fear and avoid (crowded places, driving, being away from home, riding public transportation) are not actually dangerous. And, because the treatment is anxiety-provoking at first, they also learn that they can manage their anxiety and panic without having to avoid living normally.

The daily, intensive, in vivo exposure therapy that Telch was using for Peg steadily began to reveal promising results. Despite all of her previous treatment failures using traditional talk therapy and medications, Telch observed that with each successive session, Peg's panic, anxiety, and urge to avoid her feared situations started to gradually diminish. After just three weeks of intensive treatment Peg was like a new woman! Her life was no longer dictated by her fear of panic and her dramatically restricted home-bound lifestyle. As a result of this experience, Dr. Telch wanted to continue his work on the treatment of agoraphobia and was given the green light to conduct his doctoral dissertation on the treatment of agoraphobia. His dissertation study, which was later published, examined the effectiveness of the treatment he used with Peg using a group in vivo exposure format in combination with the administration of the antidepressant medication Imipramine. His dissertation study was published in 1985 and his interest in agoraphobia began to extend to the nature and treatment of other anxiety disorders. One year later he accepted a faculty position at The University of Texas at Austin where he established the Laboratory for the Study of Anxiety Disorders. Now a full professor and internationally recognized expert on anxiety disorders, Dr. Telch hasn't forgotten his work with Peg and the impact it had on his life.

There is a natural sense of personal reward and excitement that stems from helping patients in the work that Dr. Telch does. He maintains an active clinical practice, and believes he is a better researcher because he sees patients and that he is a better clinician because he does research.  In his training of doctoral students, he places a heavy emphasis on conveying the importance of combining research and clinical work and how the two activities reciprocally benefit the other. Because of this conviction, Professor Telch takes a hands-on approach in the research and therapy training of his doctoral students. Under Dr. Telch's supervision, many of his former doctoral students have gone on to prestigious positions at major universities and are making important contributions to our understanding of the causes and treatment of anxiety disorders.

Effects of Post-Session Administration of Methylene Blue on Fear Extinction and Contextual Memory in Adults With Claustrophobia
Exposure Therapy
Emotional Reactivity to a Single Inhalation of 35% Carbon Dioxide and Its Association With Later Symptoms of Posttraumatic...
Agoraphobia
War Zone Stress Interacts With the 5-HTTLPR Polymorphism to Predict the Development of Sustained Attention for Negative Emotion

PTSD on the battlefield: Collecting data during combat (Michael Telch at CASW 2009)

Fellow, Association for Advancement of Applied and Preventive Psychology, 2008-present