Does History Repeat Itself? 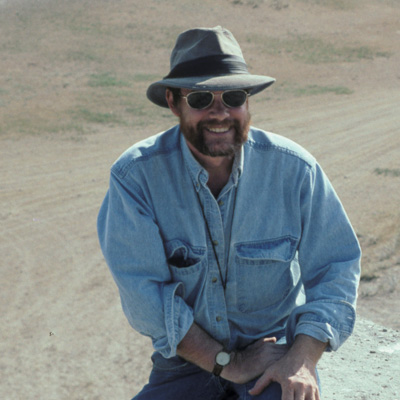 B.A. in 1972
University of Pennsylvania

Your contributions will support the continued research of Dr. Thomas Barfield as he conducts rigorous studies on nomads, Afghanistan, and the Shadow Empires and engages in intensive writing processes. Donations will further support his writing, and enable support for students to join his research. Partner with Dr. Barfield to help better prepare for pressing, international issues!

Wars embedded in cultural, religious or ethnic conflicts arise throughout our world, but their complexity makes settling them exceptionally difficult for outsiders. Research in anthropology, with its sensibility to such cultural issues, provides a critically significant way for both the general public and policymakers to understand how other parts of the world work. Without such an understanding, it is not possible to propose relational solutions to such conflicts and bring them to an end. Dr. Thomas Barfield, Professor of Anthropology at Boston University, studies various societies and political structures to understand their cultural and political formation and transitions. A renowned academic contributor of the work on nomadic peoples, Dr. Barfield is also one of the world's experts on Afghanistan, and has been invited to consult at the White House, US State Department and international agencies on the problems in that country. He grounds strong empirical research with theory to gain a deeper understanding of our world’s history, many of which are relevant to current international disputes.

Reaching across disciplinary boundaries, Dr. Barfield is a published author of many award-winning books that encompass a wide number of fields. His widely cited The Perilous Frontier: Nomadic Empires and China (1989), now translated in Chinese, Korean, and Russian, outlines a model for explaining the rise and fall of nomadic empires as well as foreign dynasties that ruled China over a period spanning 2000 years. He has also produced an award-winning study, Afghanistan: An Atlas of Indigenous Domestic Architecture in 1991. In the 2000s, he conducted a variety of new studies on customary law for the United States Institute of Peace and assisted in founding of the American Institute for Afghanistan Studies, of which he is currently president. In 2010, he published a best selling book, Afghanistan: A Cultural and Political History, that has become one of the most widely cited in the field. Over the next five years, he hopes to see his major writing project on the concept of Shadow Empires to final research, writing and publication, in addition to continuing his work on Afghanistan and related issues like the rise of ISIS today. Ultimately, his goal is to bring a cross-cultural and historical perspective to a number of different topics in ways that are both innovative and empirically grounded, to present ideas that will inspire others.

Dr. Thomas Barfield’s current research focuses on problems of political development in Afghanistan, particularly on systems of local governance and dispute resolution. He has also published extensively on contemporary and historic nomadic pastoral societies in Eurasia with a particular emphasis on politics and economy.

Dr. Barfield conducted ethnographic fieldwork in northern Afghanistan in the mid-1970s as well as shorter periods of research in Xinjiang, China, and post-Soviet Uzbekistan. He is author of The Central Asian Arabs of Afghanistan (1981), The Perilous Frontier: Nomadic Empires and China (1989), and The Nomadic Alternative (1993), co-author of Afghanistan: An Atlas of Indigenous Domestic Architecture (1991), and editor of Blackwell’s Dictionary of Anthropology (1997). Dr. Barfield received a Guggenheim Fellowship in 2006 that led to the publication of his newest book, Afghanistan: A Political and Cultural History (2010).
He is the past director of Boston University’s Institute for the Study of Muslim Societies & Civilization and currently serves as president of the American Institute for Afghanistan Studies.

At ages 16 and 17, Dr. Barfield was part of a Smithsonian led archaeological excavation on a Sioux reservation in North Dakota. At age 21 as an undergraduate, he hitchhiked from Amsterdam to Istanbul and then traveled east to Afghanistan. During this intense traveling experience when he walked into the mountains into Afghanistan, Dr. Barfield encountered fascinating situations and individuals, and decided that if he ever became a researcher, he wanted to focus on Afghanistan. This he did in 1973 when he returned to do a doctoral dissertation on the nomadic peoples in northern Afghanistan. Working with a little known group of Persian speaking Central Asian Arabs, his participant observation involved making two migrations to their summer camps, the second with his late wife Donna Wilker who did much of the photography for the study. Because such field ethnographic research depends on such participant observation, his two years there was a life changing experience of being socialized into a very different way of looking at the world and trying to make sense of it. To this day, he continues to study the nomadic people of Afghanistan, to understand where they come from and where we, as a global community, are headed.

Afghanistan: A Cultural and Political History
“The Shadow Empires: Imperial state formation along the Chinese-nomad frontier.”
Afghanistan: An Atlas of Indigenous Domestic Architecture
The Perilous Frontier: Nomadic Empires and China, 221 BC to AD 1757
The Central Asian Arabs of Afghanistan: Pastoral Nomadism in Transition

American Library Association for Afghanistan: A Cultural and Political History

Fellow of the American Anthropological Association, 1993