What are Sialic Acids? 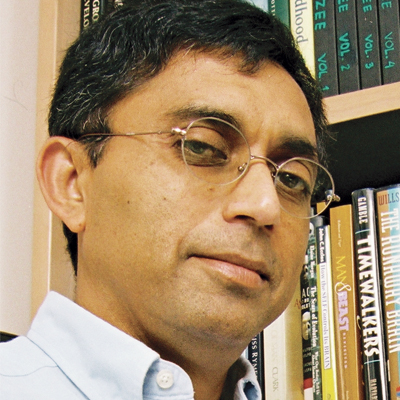 Your contributions will help Dr. Varki further explores the projects discussed, for which there is little public funding. Glycans are the "dark matter of the biological universe," and their complexity and difficulty hinder many who consider researching them. Dr. Varki is one of the few scientists who have recently began studying these sugars. He has a deep knowledge of these sugars, (particularly sialic acids), which promise to uncover valuable insight into disease and human evolution.

Complex sugars found in all vertebrate cells could hold clues addressing aspects of what makes us human, in health and disease

Glycans are complex sugars found in all living cells, yet remain largely unknown due to their complexity, earning them the title, "the dark matter of the biological universe." An important subset of vertebrate glycans are the sialic acids. Relatively little is concretely known about these molecules, yet they are widespread. They offer clues to combating disease and contain valuable information about the course of human evolution. Dr. Ajit Varki, co-director of the Center for Academic Research and Training in Anthropogeny (CARTA) at the University of California, San Diego, is one of a few researchers worldwide studying these mysterious sugars. It is known by the uniqueness of several features of sialic acid biology that humans underwent exclusive changes during their evolution. Studying sialic acids is uncovering steps of human evolution and revealing at what points on our evolutionary tree modern humans diverged from our ancestors and became the species we are today. This research is also arming us in the fight against diseases by providing insight into how uniquely-human diseases affect us. Sialic acids remain largely unexplored, yet evidence tells us they could be hiding valuable and revolutionary information. Beyond his biological research Varki offers a suggestion in his book, "Denial" that there is more to human evolution than just biological change, and that perhaps what makes us human is our understanding of each others' minds, which in turn lead to realization of our impending demise and our need to ignore that reality, with the corollary benefit of optimism and risk-taking abilities.

All cells that make up all living things in nature are covered with a dense and complex array of sugar chains, or glycans. Yet despite being so prevalent they are poorly explored, and thus constitute the "dark matter of the biological universe." Dr. Varki is focusing his research on a family of glycans called sialic acids that are involved in a wide array of normal and abnormal biological processes relevant to human health and disease. He is interested in explaining why they are such common molecules, and what their various roles are in a number of different organ systems throughout the human body. They are associated with inflammation responses, various kinds of infections, and the development and spread of cancer. Dr. Varki is also going beyond the biomedical roles of sialic acids and researching them to reveal information about evolution and the origins of the human species. Genetically, humans and chimpanzees are very similar, in fact chimps are our closest genetic relatives. Thus, gaining a better understanding of the genetic and molecular differences of the two species will reveal fundamental information about chimpanzees and humans, and most importantly the differences that distinguish the two species. This research is done using ethical principles used for research in humans.

Current research projects deal with a number of both broad and specific problems related to sialic acids, and are being investigated in both this general and directed manner. Here are some examples:

Dr. Varki began his career training as a physician because he wanted to "heal the sick and save lives." But medical education includes a strong dose of science and Dr. Varki realized that while there are a number of short run opportunities for saving lives, he could have a greater and broader impact in the long run by focusing on basic biological and molecular research and its implications for medicine and disease. He decided to pursue fundamental science, and happened to train in hematology and oncology, which are filled with the science background needed to tackle medical problems from this perspective. He thus became a physician-trained scientist, which is an increasingly rare career track.

Between 1950 and 1972, the United States was engaged in wars with Korea, and then Vietnam, and there was an active military draft that was all too eager to call physicians for duty. There was one way to legally avoid the draft, and that was for physicians to enter into serious research training at the NIH. This very likely resulted in an entire generation of researchers who were also trained as medical doctors, and who contributed to the boom in biomedical advancement seen during these years. This period of time has since passed, and we are now seeing the majority of medical students pursuing careers as physicians. This is understandable, as medical school debts have risen to such extreme amounts, but it is unsettling that there is now a waning amount of researchers who have medical training. Dr. Varki is luckily to be in this increasing minority, but is worried about the falling statistic. He benefited greatly from his training, and is hoping more physicians will pursue research to contribute to medical advances in the lab, rather than in hospitals.

Dr. Varki grew up in India, and his decision to immigrate to America was based on two principles: First, he wanted to pursue medical research in an environment that offered the best facilities and the most competitive minds. Second, he had a love for Western rock and roll. During his adolescence, the Beatles toured through India, and there was a sudden realization among people of his generation that great things were happening in the West, which resulted in a majority of this generation becoming interested in rock music. Dr. Varki has never lost this passion for music. Outside of the lab he enjoys playing as an amateur guitarist, and listening to his favorite bands, some of which are Pink Floyd and Genesis.

Dr. Varki has the further benefit of being married to a pathologist Nissi Varki, who also happened to be his medical school classmate. She also went into research, and has a great understanding of disease. While she has her own lab, it is a great advantage to have personal access to an expert in pathology, particularly, mouse pathology. They collaborate frequently, which strengthens their interest and depth of abilities. At least once a year, Dr. Varki returns to India and teaches in schools there, including his old medical school. This time spent in India teaching is an opportunity for Dr. Varki to give back to the community and share the many advantages he has received in the United States.

Is denial what makes us human? UT San Diego