From Wolves to Dogs | Benefunder
Skip to main content 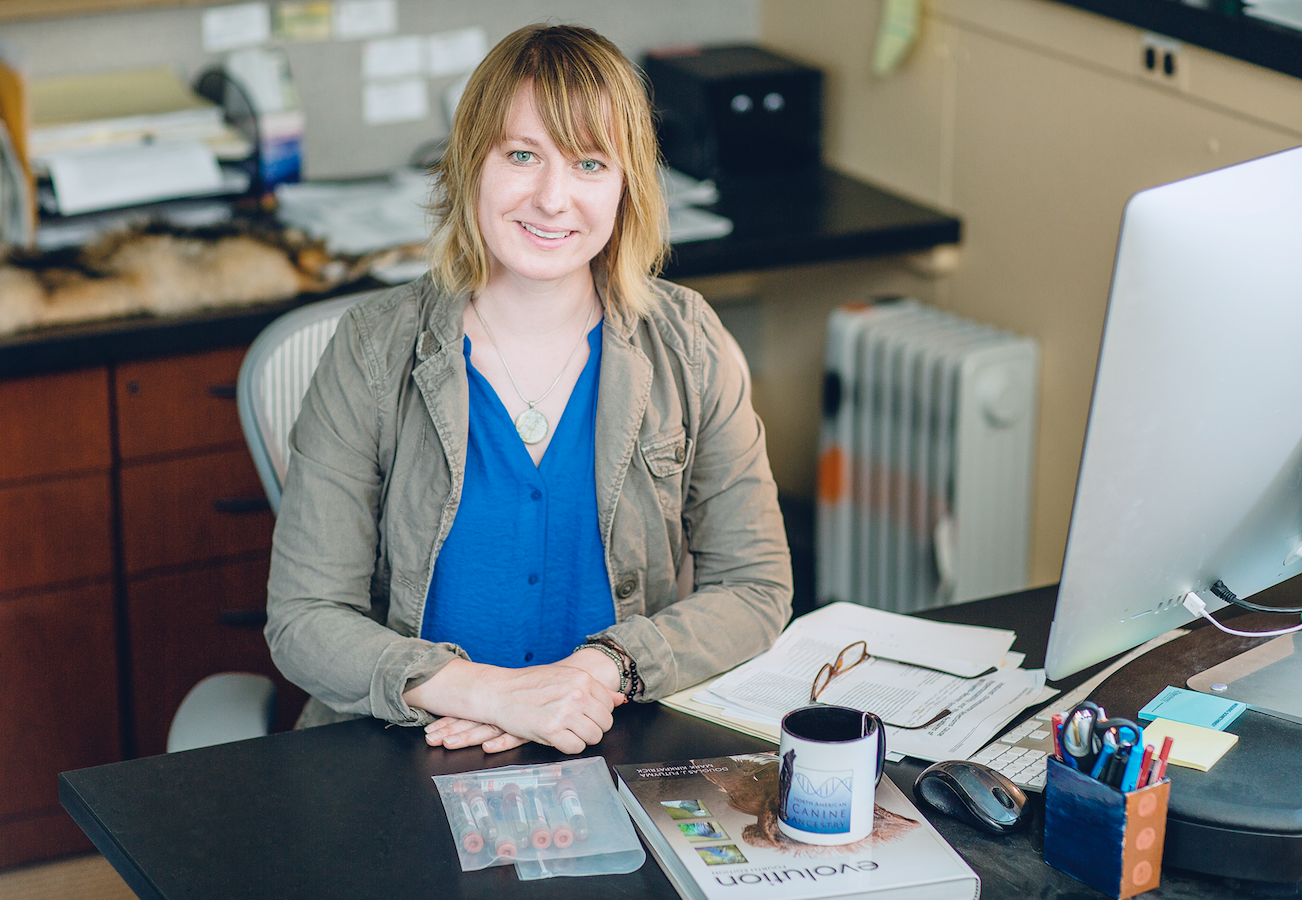 Dr. vonHoldt is looking to hire two more post-Ph.D. researchers for 2-3 years. Additional costs are attributed to DNA sequencing. For research like vonHoldt’s, DNA sequencing can cost $500 for a single sample. If the team achieves their $900,000 fundraising goal, they will be able to cover the cost of personnel, fund sequencing for 1040 canines, and support seven research projects.

Dr. Bridgett vonHoldt, of Princeton University, investigates the molecular changes that occurred during the domestication of wolves into dogs, and uncovers the evolutionary history of North America’s canine species. This research has applications in biodiversity preservation and endangered species policy, and could shed light on the extent to which humanity can change the environment and the species they come into contact with. Dr. vonHoldt is looking to expand her team to support a total of seven research projects that focus on different aspects of canine evolution.

From an evolutionary standpoint, dogs are descendants of a wolf ancestor. Overtime, the genetic sequence of some individuals has changed and allowed them to be domesticated. The extent of these changes and how they affect both dogs and wolves in modern times is still being explored. Given the impact to conservation of endangered species and the future of man’s best friend, Dr. Bridgett vonHoldt thinks it’s worth exploring.

The evolutionary changes that occurred in the domestic dog lineage that made them lovable pets were extensive, and affect everything from the way they look to the way they fight disease. While observation has yielded a wealth of information, even more can be found at the molecular level. This is where vonHoldt, Assistant Professor of Ecology and Evolutionary Biology at Princeton University, comes in. Her research goal is to unravel genotype-phenotype evolution in both a naturally and artificially evolving species.

Dr. vonHoldt works to solve conservation-based challenges with her research by contributing to a multitude of conservation projects around the world. Together with her research group, which includes two graduate students and a post-PhD researcher, vonHoldt collaborates with UCLA, OSU, Texas A&M, the Smithsonian, and the National Institutes of Health. Her team’s work to expound upon the history and ancestry of North American canids has shaped the conversation about species policies, their management in national parks, and the maintenance of the recovered gray wolf population of Yellowstone National Park.

Ultimately, vonHoldt wants to show the world how humans impact their environment. The domestication of dogs is just one way in which humans have a massive unintentional impact on the world around them on an impressive molecular scale. How can that work help protect their ancestors, and how can it be applied to humanity’s future relationship with the world at large?

The future of this research includes:

The Genetic History and Future of Dog Domestication

●      Project 1: The exploration of mutations in dogs that are linked to a hyper-social condition in humans called Williams Beuren Syndrome. These genetic mutations explain why dogs are more social than wolves. This work is an effort to understand how these mutations contribute to canine personality and sociability.

●      Project 2: This project builds on project 1, and seeks to uncover how the aforementioned dog mutations influence the expression of local genes. The goal is to determine the functional impact of these mutations in dogs and wolves with human-directed social behaviors.

●      Project 3: Building on projects 2 and 3, this project is an examination of ancient canine fossils that are hundreds of thousands of years old. This will show how old the mutations might be and in which geographic populations of wild or domestic canines they can be found.

These projects could shed light on whether or not genetic mutations that allow for dog domestication can be applied to social behavior changes in other species.

The Evolutionary History and Ancestry of North American Canids

●      Project 4: The exploration of interbreeding between canines of North America (coyotes, gray wolves, eastern wolves and red wolves). This could shape how canine species are managed, and could potentially impact the enforcement of the Hybrid Policy in the Endangered Species Act.

Endangered species protection policies were established prior to knowledge about genetics and evolutionary relationships between species. This research could shed light on the efficacy of those policies and their enforcement.

●      Project 5: The Yellowstone Wolf project is an ongoing effort to detail the genetic diversity, pedigree relationships and overall genetic health of the Yellowstone Wolf population. The length of the project and the level of collaboration allows the research team to gather an unprecedented wealth of information that can show genetic correlations between social rank and behavior.

●      Project 6: Building on project 5, this project is an examination of whether or not an individual wolf’s history of infection and recovery can be understood by looking at patterns of gene expression. This will identify patterns that may predispose a wolf to infection, or show a tendency to recover more rapidly.

●      Project 7: An analysis of 20 years of data on Yellowstone wolves that will identify patterns in aggressive interactions between wolves belonging to different packs. Researchers are searching for molecular features that contribute to this behavior.

These seven projects will help catalogue the preparedness of canids to rapidly changing environments, as well as show the extent of molecular change in an individual when the environment is changed.

Bridgett vonHoldt is actually a cat person, who started working with canines while getting her Ph.D. in Ecology and Evolutionary Biology. She has a passion for discovering the extent of human impact on the biological world, and is an advocate for environmental conservation. She adopted her first dog this year, and has become fascinated by the unique and multifaceted relationship between humans and dogs. Her work has been covered by The New York Times, Science Magazine, Science Daily and National Geographic.