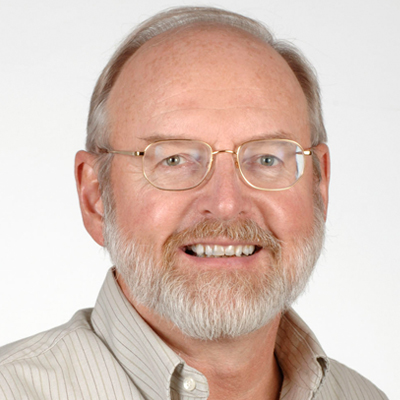 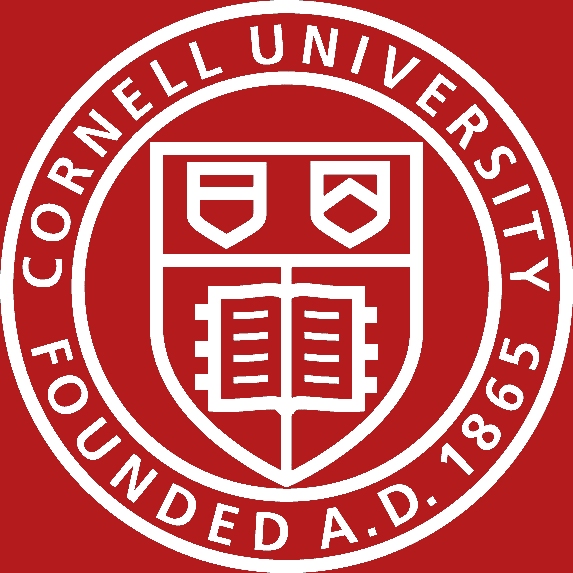 Your contributions will support the research of Dr. Klessig as he studies SA targets and their possible applications for treatments in humans. Donations of at least $50K-$100K per year are required to continue these studies and additional donations would support the work of additional scientists, in order to speed up discovery. In choosing to support his research you will be a part of creating more potent, natural derivatives of aspirin that will affect billions of people globally.

Throughout most of human history, medicine has been based on plant remedies. Even in "modern" medicine many drugs have plant origins. Salicylic acid (SA) and its derivatives, collectively termed salicylates, are a prime example. Acetyl SA, commonly called aspirin, has been the most widely used drug worldwide for the past century to reduce pain, fever, inflammation, and the risk of stroke, heart attack, and certain cancers. SA is a critical plant hormone involved in many processes, including plant immunity, in which it plays a central role. In humans aspirin is rapidly converted to SA, which has most of the same pharmacological effects as aspirin. Worldwide 80,000 pounds of aspirin are produce annually and approximately 100 billion tablets are consumed.

To understand SA's mechanisms of action in plants, Dr. Daniel Klessig, of the Boyce Thompson Institute at Cornell University, used classical biochemical approaches and, more recently, genome-wide, high-throughput screens to identify more than two dozen proteins, which bind SA and as a result have altered activities (i.e. its targets; Manohar et al., 2015).  Similar screens uncover many novel targets in humans, several of which, like their plant counterparts, are associated with immunity or disease development. Their studies of human SA targets are also uncovering new derivatives of aspirin/SA that are more effective and potent than what we currently have.

Dr. Klessig trained as a graduate student under Nobel Laureate James Watson. His early research on human adenoviruses, which provided some of the first evidence for split genes and RNA splicing (Klessig 1977), began an incredible career of discovery and innovation. Beginning in the early 1980's, Dr. Klessig initiated research programs in plant molecular biology. His research, which spans 40 years and over 230 publications on human and plant diseases, provides a unique perspective, which has enabled him to bridge the wide gap between these two fields and gain unusual insights into the common biology and biochemistry humans share with plants. Dr. Klessig's recent research has identified two novel targets that play important roles in several of the most widespread and devastating diseases. They are High Mobility Group Box 1 (HMGB1) and Glyceraldehyde 3-Phosphate Dehydrogenase (GAPDH).

HMGB1 is associated with inflammation-associated diseases including atherosclerosis, arthritis, lupus, inflammatory bowel disorders, sepsis, certain cancers, and neurodegenerative diseases such Parkinson's, Huntington's, and Alzheimer's diseases. Very low levels of SA and its more potent derivatives block HMGB1's pro-inflammatory activities, which may account for the protective effects of SA/aspirin (Choi et al., 2015, Mol. Med.). GAPDH facilitates replication of certain plant and animal viruses, including Hepatitis A, B, and C Viruses, and is a key suspect in the neurodegenerative diseases listed above. SA blocks GAPDH-dependent replication of a plant (Tian et al., 2015), while low levels of SA and its more potent derivatives suppress GAPDH-mediated cell death associated with neurodegeneration (Choi et al., 2015 PLoS One). Moreover, based on their studies with these two targets, synthetic and natural derivatives of aspirin have been identified, which are at least 100 times more effective than aspirin. Therefore, the impact on human health could be profound, especially since the use of aspirin is so widespread and generally well-tolerated, particularly at low dosages.

• SA/aspirin Targets: In addition to HMGB1 and GAPDH, Dr Klessig's high-throughput screens identified more than two dozen other potential human targets. These results, together with the identification of almost 30 targets in plants, suggest that there are additional targets of aspirin/SA, and by extension, novel disease-associated activities/pathways related to these newly identified targets, yet to be discovered in humans. Indeed, two of these very recently discovered targets modify proteins, which leads to their misfolding and the resulting plaques and tangles in the brains of Alzheimer’s disease patients. SA blocks their protein-modifying activities! Using their multiple biophysical, biochemical, and/or biological assays in conjunction with SA and its more potent derivatives, they will uncover additional targets. Identifying all of aspirin/SA's targets, regardless of their association with disease, will be of great value in understanding the potential positive and negative side effects of any aspirin/SA-based treatment.

• Utilizing Targets - Based on structure-function analysis of the more potent natural and synthetic SA derivatives, new SA derivatives will be synthesized and tested for their ability to i) inhibit HMGB1’s chemotactic activity, which is associated with inflammation, and ii) suppress GAPDH-mediated cell death, with greater efficacy than either SA or aspirin. These bioassays with HMGB1 and GAPDH will also be used to screen for novel, very potent SA derivatives obtained from medicinal plants, whose usage profile is similar to that of aspirin, namely reduction of pain, fever, and inflammation.

•   Alternative/Holistic Medicine - Plant-based traditional medicines are likely to be excellent sources of different forms of aspirin/SA. Many herbal remedies use plants that are very rich in SA-related compounds, like the willow bark prescribed by Hippocrates, the father of medicine, over almost two and a half millennia ago to reduce pain during childbirth. Recently Dr. Klessig and colleagues have identified two compounds from another herbal plant (Glycyrrhiza foetida), which is used in traditional Chinese medicine and provides the flavor in licorice candy. Both compounds bind to and alter the activities of the new aspirin/SA targets. Dr. Klessig is planning to identify more of these natural aspirin/SA-like compounds because he strongly suspects that many of these herbal plants have active ingredients, which are SA derivatives that may be more potent than aspirin. Given its long history, advanced culture, and large population China, not surprisingly, has the largest collection of medicinal/herbal plants and the most medically-relevant knowledge about them with nearly 600 herbal plants and 600 herbal products listed in the Chinese Pharmacopoeia, including the identity of the active ingredient(s) in a small percentage of them. During a seven-lecture seminar tour in Beijing, Nanjing, and Hangzhou, China in early 2016, Dr Klessig initiated a collaboration with the Institute for Medicinal Plant Development (IMPLAD) of the Academy of Medical Sciences in Beijing, China. He also began a collaboration with the Pierre Fabre Research Institute in Toulouse, France. IMPLAD is one of the leading institutes for medicinal plant research in China and worldwide, with 30,000 medicinal plants and 600 identified active ingredients; while the Pierre Fabre Research Institute has a library of extracts from 7000 plants from Europe, Africa, Madagascar, and Asia. The focus will be on plants used in traditional herbal medicine to reduce pain, fever, swelling, and inflammation and will be assayed for inhibition of HMGB1’s and GAPDH’s bioactivities.

Growing up on a dairy farm in NE Wisconsin provided Dr. Klessig with ample opportunity to direct his overly curious mind toward biology. It also provided him an "opportunity" to learn to work hard and long since 16 to 18 hour workdays in all four seasons was the norm. Thus, Dr. Klessig remarks, doing science was "comparatively" easy - even at his pace over the past 45 years of 60-90 hour weeks. Dr. Klessig's early research career started as a graduate student with the Nobel Laureate James Watson, where he focused on the molecular biology of human adenovirus. His work provided some of the first evidence for split genes and led him to propose in 1977 that mRNAs in animals are produced by the process of RNA splicing. Phillip Sharp and Richard Roberts received the Nobel Prize for the discovery of split genes and RNA splicing in 1993. Now, at 67, Dr. Klessig says he still wakes up early to get to his lab, as he is always excited to find out what happened in yesterday's experiments. The reason is that his past quarter century of research (since his discovery that SA is a plant hormone, which induces and modulates its immune response) is finally coming to full fruition. Dr. Klessig long suspected and argued that many of the SA targets that he hoped to identify in plants had human counterparts (orthologs), which are targets of SA/aspirin, and thus would help account for aspirin's multitude of pharmacological effects. That suspicion/scientific intuition has been fulfilled with his discovery of several medically important targets. Aside from research, in his free time, Dr. Klessig likes to fish with his brothers in northern Canada near the Hudson Bay and in the winter enjoys skiing at a small mountain resort a few miles from his home in upstate New York.

Dr. Klessig's team currently consists of a postdoctoral fellow, a Senior Research Associate, and visiting scientists. His group works closely with Professor Frank Schroeder's group at the Boyce Thompson Institute. Dr. Schroeder is one of the premier natural products chemists worldwide, who developed 2-D NMR to identify active compounds in complex mixtures. He also is an excellent synthetic chemist. He synthesizes derivatives of SA and new forms of the natural derivatives of SA present in the Chinese medicinal plant Glycyrrhiza foetida (licorice) for Dr. Klessig. In addition, Dr. Schroeder will be involved in identification of novel highly active SA derivatives from Chinese and European herbs. Dr. Klessig also collaborates extensively with Guy Montelione's structural biology group at Rutgers University and Marco Bianchi's molecular medicine group at San Raffaele University in Milan, Italy. Dr. Montelione uses NMR and X-ray crystallography to determine 3-D structures of proteins and has identified by NMR the SA-binding sites in HMGB1. Dr. Bianchi is a leading expert on HMGB1, who discovered the pro-inflammatory activities of extracellular HMGB1. In addition, Dr. Klessig collaborates with Solomon Snyder's group at Johns Hopkins University on GAPDH. Dr. Snyder is a world-renowned neurobiologist/neurologist studying neurodegenerative diseases such as Parkinson's, Alzheimer's, and Huntington's.

How Does Aspirin Work?

Aspirin Targets a Pathway to Cell Death in Parkinson’s

Is It Possible To Build A Better Aspirin?

Health effects of aspirin: Where do we stand?

Fellow of the American Academy of Microbiology, 2001

Fellow of The American Association for Advancement of Science, 2012