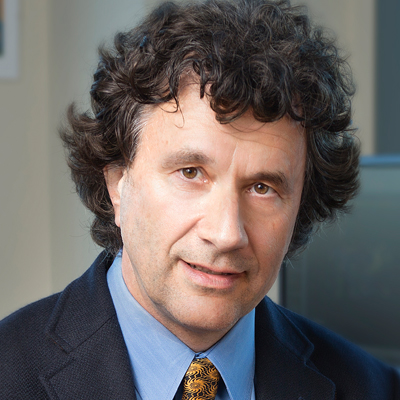 Your contributions will be crucial for funding the translation of this research from animal models to clinical use in humans. There are several scientific components necessary for translating the vaccine, namely identifying targets in humans, understanding how it will work, and filing with the FDA for approval for Phase 1 clinical trials. Dr. Ley is working in collaboration with a biotechnology company to identify an adjuvant to boost the vaccine, and reach a formulation that is transferable.

Cardiovascular disease, and by extension atherosclerosis, is the leading cause of death in the world, according to the World Health Organization. Dr. Klaus Ley, an M.D. by training and Professor and Head of the Division of Inflammation Biology at the La Jolla Institute for Allergy and Inflammation (LIAI) at the University of California, San Diego has developed an atherosclerosis vaccine that reduces the disease in mice by 25-40%, and is working to translate it for use in humans. If he is able to achieve these rates in people, the vaccine would be as good as statins, the best drugs (in terms of lives saved) ever developed. Since the principle of the vaccine (modified immunology) is fundamentally different from that of statins (modified lipids), it is expected that the vaccine could work on top of statins, increasing success rates. Dr. Ley is working with a biotechnology company to further develop this vaccine for market, and needs significant funding to realize his goal. Although his current vaccine is successful in mice, it is not ready for use in humans, but Dr. Ley has already discovered some of the antigens relevant in human atherosclerosis. There are currently gaps in funding for the translation of projects from basic research to translational research, and Benefunder contributions would be greatly useful in making this vaccine a reality in humans.

As Professor and Head of the Division of Inflammation Biology at the La Jolla Institute for Allergy and Immunology (LJII) in San Diego, Dr. Klaus Ley, is primarily concerned with developing an atherosclerosis vaccine. Atherosclerosis is the hardening of the arteries, which if left unchecked, leads to major cardiovascular diseases. It has an inflammatory component fueled by blood lipids, which exacerbates existing vulnerable plaque, or plaque deposits in the arteries that are at high risk for rupture. When this plaque ruptures, blood gets under the endothelium, a thin layer of cells that lines the interior of blood vessels, and triggers a thrombus, or blood clot, that completely blocks the artery, drastically affecting downstream tissue: the heart in a heart attack, or the brain in a stroke. It is the rupturing of vulnerable plaque that must be prevented, and as the inflammatory component of atherosclerosis is highly responsible for triggering this event, a vaccine that targets inflamed regions of arteries would likely be highly successful. Whereas traditional treatments of atherosclerosis, namely a drug class called statins, interfere with blood lipids and emerging drugs interfere with the host immune system by inhibiting certain cytokines, or signalling proteins, a vaccine would not compromise the host organism’s immune system, making it less invasive. Further, the use of statins is limited because higher doses of the drug are not tolerated by some patients. Dr. Ley has seen success using his vaccine in rodent models, and is working on translating it for human use, which is a costly and highly-demanding venture. He also needs to develop a new FDA approved adjuvant, or immune system booster, significant enough to activate the immune system in collaboration with his vaccine; the most commonly used adjuvant in medicine today, alum, was developed in the 1930’s.

Current research projects are all related to the development of an atherosclerosis vaccine, but differ in their approaches:

One of Dr. Ley’s earliest childhood memories was of his paternal grandfather, a fantastic man that owned a little garden a small distance from Dr. Ley’s childhood home. The garden was filled with rabbits, chickens, and a number of different vegetables. As a child, and Dr. Ley would play with the animals and work alongside his grandfather tending the vegetables in the garden. When Dr. Ley was a late toddler, roughly four or five years old, his grandfather suffered his first stroke. One of these major cardiac events is life-changing, but Dr. Ley’s grandfather suffered additional strokes every year for almost a decade, totalling around eight to 10 in his lifetime. Dr. Ley was forced to watch as his grandfather deteriorated, becoming a shadow of his former self before ultimately passing as a result of the disease. This is a memory that has stayed with Dr. Ley his entire life.

Through his exploration of science, Dr. Ley eventually learned that the strokes that plagued his grandfather were the direct result of atherosclerosis within the carotid artery. When plaque ruptures in an artery, there is a small event that occurs in downstream tissue, typically within the brain. If the event is small, an individual may lose the ability to talk for the day. If the event is considerably larger, the full-fledged side effects of a stroke are often seen, with an entire side of the body paralyzed. Dr. Ley always had a fascination with science, and he soon realized his interests lie in the realm of the medical field.

He graduated from high school as the valedictorian after doing extremely well in all of his classes. Everyone around him tried persuading him to be a scientist, ensuring to Dr. Ley that it was the ideal career for his talents and interests. Being a bit rebellious though, he decided to pursue medicine, and enrolled in medical school against his support cast’s wishes. While he enjoyed medical school, it became evident in an ironic moment of clarity saved for a more-mature adolescent that Dr. Ley did indeed want to be a scientist. After completing medical school, he reverted back to fundamental science. Though taking a longer route to his end goal, Dr. Ley joined a novel group of physician-trained scientists, who are able to generate a unique perspective in their research based on their prior medical training. When confronting a disease, these researchers know far more about it than what they have read in a textbook, they have actually seen and worked with the disease. It can be argued that his early childhood experiences helped guide him toward working on atherosclerosis and inflammation, but it does not change the fact that atherosclerosis is the number one cause of mortality on this planet, and a vaccine has the potential to save many lives.

Dr. Ley credits his desire to translate his research into medically-available tools as a result of his medical training. In diagnosing and treating patients, he knows many clinicians are forced to do the best they can with imperfect tools to understand how a disease or pathogen operates. People are sick now though, and don’t have the luxury of waiting 20 or so years until a more effective treatment is developed. Dr. Ley is working in collaboration with the La Jolla Institute for Allergy and Immunology (LJI), and a biotechnology company to translate his research into a useable cure for humans. He believes that if he can improve the tools clinicians have at their disposal today, it will have a real impact on people and will prolong the lives of countless patients.

In 1982, Dr. Ley received his M.D. degree, followed by postdoctoral training  in Berlin and San Diego. In 1994, he became Professor of Biomedical Engineering and later also director of the Robert M. Berne Cardiovascular Research Center at the University of Virginia. He moved to LIAI in 2007 to learn immunology by immersion into the field, becoming Professor and Head of the Division of Inflammation Biology at the La Jolla Institute for Allergy and Immunology. He received the 2008 Bonazinga and the 2010 Malpighi Awards.

Dr. Ley has over 30 years of experience in vascular biology, was president of the North American Vascular Biology Organization in 2014, organized the 2010 International Vascular Biology Meeting and 2013 Vasculata and 2015 Atherosclerosis Gordon research Conference.

In his free time, Dr. Ley is an avid hiker in both the Alps and the Sierra Nevada and occasionally runs half marathons. He is also interested in classic convertibles and owns a 1964 Mercedes 230 SL.

This most prestigious award of the ESM aims at researchers who are active in the field and stand out by their publications and scientific contributions, by their service to the entire field of microcirculatory and vascular biology research, and by their promotion of younger scientists.The Malpighi Medal was made from the original MALPIGHI MEDAL, pictured on p. 21 of the book "Anatomia in mummis". The original medal dates from 1693.