What Do Diabetes and Heart Diseases Have in Common? 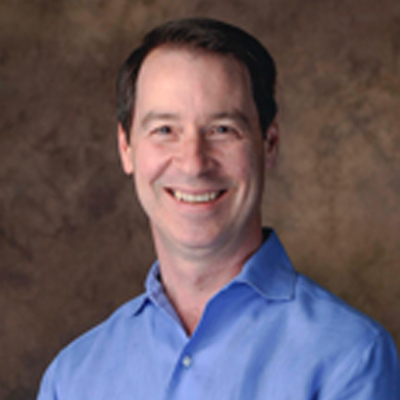 Your contributions will support the continued research of Dr. Peter Tontonoz at the University of California, Los Angeles as he combines efforts with his team to identify pathways to target for atherosclerosis and diabetes treatments. Donations will help fund the $300K/year required to perform screens for new drugs that target the novel lipid regulating pathways that Dr. Tontonoz has identified. Partner with Dr. Tontonoz to translate incredible basic science discovery into clinical applications!

High cholesterol, diabetes, and cardiovascular disease are the leading causes of death in industrialized societies, and the common denominator between these disorders is that they all involve problems related to too much lipid in the blood and abnormal lipid metabolism. Dr. Peter Tontonoz, Professor of Pathology and Laboratory Medicine at University of California, Los Angeles, is trying to identify potential new targets to intervene in diseases that involve lipid metabolism -- namely, atherosclerosis and diabetes, which also has significant ties with obesity as obesity increases the risk for Type 2 diabetes. By deciphering links between lipid metabolism, inflammation, and immunity, and identifying novel mechanisms that control cholesterol metabolism, Dr. Tontonoz will develop strategies to therapeutically target these new pathways for the treatment of heart disease, obesity and diabetes.

A physician scientist himself, Dr. Tontonoz manages a talented team of 17 researchers including graduate students, postdoctoral fellows, and technicians -- some with M.D.s and some others with both Ph.D.s and M.D.s. Having initially started his career with the goal of understanding biology so that he could harness that understanding to improve existing treatment of diseases, Dr. Tontonoz truly values the importance of understanding both scientific and clinical settings and builds a robust group of researchers who possess basic science expertise and strong clinical history. Together, they are working on several molecules they are interested in as potential drug targets, and will continue to work towards translating basic research into human medicine.

Dr. Tontonoz is Professor of Pathology and Laboratory Medicine, David Geffen School of Medicine Dean's Scholar, and an Investigator of the Howard Hughes Medical Institute. He received his B.A. from Wesleyan University and his M.D. and Ph.D. from Harvard Medical School. His Ph.D. thesis was carried out at the Dana-Farber Cancer Institute and his postdoctoral training at the Salk Institute for Biological Studies. He completed his residency training in Pathology at the University of California, San Diego.

The focus of his research laboratory is the control of gene expression by lipids and the role of nuclear receptors in lipid metabolism. His major research contributions include the delineation of role of PPAR and LXR in adipogenesis and atherosclerosis, and elucidation of mechanisms of crosstalk between metabolism, inflammation, and immunity. Dr. Tontonoz is the recipient of the Richard. E. Weitzman and Gerald D. Aurbach Awards from the Endocrine Society, the Jeffrey M. Hoeg Award for Basic Science and Clinical Research from the American Heart Association, and a Bristol Myers-Squibb Freedom to Discover Award in Cardiovascular Disease. He is a past President of American Society for Clinical Investigation. Dr. Tontonoz serves on a number of editorial boards and is an Editor of Molecular and Cellular Biology.

Dr. Tontonoz was raised in Wilmington, Delaware. Although there was no history of physicians or scientists in the family, his parents nurtured a drive for learning and a curiosity about the natural world from a young age. Dr. Tontonoz he fell in love with biological research during his first laboratory research as an undergraduate. As a graduate student at Harvard, he became particularly interested the problems of obesity and diabetes and heart disease, and has pursued this passion ever since.

When he is not in the laboratory, Dr. Tontonoz enjoys golf, cooking and chasing his two young children.

Elected to the Association of American Physicians, 2014

U.S. Patent No. 6436993: "Use of RAR antagonists as modulators of hormone mediated processes."