Why is Early Detection of Ovarian Cancer Critical? 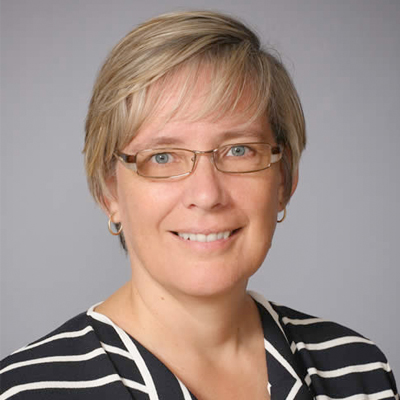 Ovarian cancer is largely asymptomatic until it is at an advanced stage, and so is commonly first diagnosed at Stage 3 or 4---very late on the cancer spectrum. Of the roughly 22,000 women (half of whom are less than 63 years old) diagnosed every year in the U.S. with advanced ovarian cancer, 80% will eventually die from the disease. When detected at an early stage (i.e. Stage 0/1) ovarian cancer has a cure rate approaching 95%. Unfortunately, only about 15% of ovarian cancer cases are detected in the early stages. All early detection screening approaches attempted to date have been unsuccessful. Dr. Christian Barrett of the Frazer Lab in the Division of Genome Information Sciences at UC San Diego is developing a method that appears to be promising for the early detection of ovarian cancer. His approach is based on detecting a small number of cancerous cells in tissue samples that are collected from the cervix in standard Pap tests. The detection test is now entering a long-sought and exciting stage after many years of intense effort. With colleagues at the UC San Diego Moores Cancer Center Drs. Barrett and Frazer have initiated a clinical trial that intends to demonstrate their idea that a routine gynecological procedure already in widespread use can be leveraged to dramatically reduce the number of deaths due to ovarian cancer.

The Frazer Lab has a number of active research projects related to finding cures and treatment options for a variety of cancers and cardiovascular disease. The lab director, Kelly Frazer, is a world-renowned leader in the field of Genomics with over three decades of experience in research. As director, she contributes both to the knowledge database of the human genetic sequence, while also working on tool development for more accurate and swifter measurements. The lab’s work with cancer takes advantage of the data generated by large public organizations, such as The Cancer Genome Atlas (TCGA), to study a variety of cancer types including chronic lymphocytic leukemia (CLL), breast cancer, and ovarian cancer. The group uses innovative bioinformatics (computational analysis of biological data), statistical approaches, and wet lab experiments to identify and understand the role of inherited genetic variants and somatic mutations in tumors. With respect to ovarian cancer, the lab is developing a novel approach for detecting tumors at early growth stages, which will greatly improve the prognosis of patients.

When it comes to cancer, the surest way to save lives is to detect a tumor early when it is small and relatively innocuous. Small tumors that have not spread to other parts of the body typically can be swiftly and successfully eradicated from the body. At present there is no test available that women can use to detect the presence of a small ovarian tumor developing within their bodies. The dramatic reduction in suffering and death that could be had through early detection of ovarian cancer has been the strong, motivating reason why many biomarkers—nearly all blood-based—have been proposed in recent years for ovarian cancer detection. In 2011, two large, multi-center studies representing the first systematic and reliable evaluations of these proposed blood-based biomarkers were concluded. These studies soberly reported that none of the evaluated biomarkers were effective. These results clearly indicate the difficulty of developing a test for early detection of ovarian cancer and call for new approaches to the problem. Dr. Barrett has conceptualized a new strategy for the early detection of ovarian cancer that is based on a new understanding of ovarian tumor cell migration, new DNA sequencing technologies and techniques, and novel computer algorithms that he has developed:

The origins of the early Ovarian cancer detection project trace back to a woman who came to the UC San Diego Moores Cancer Center seeking treatment for late-stage ovarian cancer. Due largely to the fact that she was diagnosed when the cancer was very advanced, the woman lost her battle with the disease. Because the availability of an early detection test could have possibly prevented the woman’s death, the family established a foundation for the purpose of funding efforts to develop a new way of detecting early stage ovarian cancer. With seed funds from the family foundation our lab was indeed able to deliver on the stated goal and develop a new, feasible way for early detection of ovarian cancer. The lab is now seeking funding so that it can continue the early detection research to the point of practical implementation. The lab is directed by Kelly Frazer, while Christian Barrett is the principal scientist for this project.

Dr. Frazer has been in genomic research--studying the human genome--for all 30+ years of her scientific career. In fact, Dr. Frazer is a world-recognized leader in the field of Genomics. She has spent the majority of this time building genomic tools and expanding upon our knowledge of the human genetic sequence. Roughly five years ago, Dr. Frazer was presented with opportunities to translate work she had done previously to applications that are tangible for patient care; early ovarian cancer detection is one of those tangible projects. She is combining the tools and technology of the field, together with the knowledge she has accumulated over the years, to translate her research into something that can save the lives of women in their mid-40s.

Dr. Frazer has practiced aikido, a form of martial arts originating in Japan, on and off throughout her life. To relax, she often spends her weekends sailing with her husband, with whom she raised a son who now attends the Naval Academy in Annapolis.

In 1993, Dr. Barrett foresaw that biology was poised to transform into an information science because of the very large amounts of molecular measurement data that laboratory experiments were set to begin generating. These new types of data would contain many discoveries, but these discoveries would only be possible if researchers had a high level of computational expertise and biological knowledge. Dr. Barrett realized that he wanted to be right at the intersection of computer science and biology, which would place him in the ideal position to make biological discoveries. Since that time he has worked and trained to develop expertise in both domains. From its initiation in 2010, Dr. Barrett has worked intensively to make the early ovarian cancer detection test a lifesaving reality.

Dr. Barrett uses his time from away work to spend time with his son and wife. Dr. Barrett hopes to one day re-engage in rock climbing and surfing.

The ovarian cancer research project benefits from the work and expertise of two world-class physicians/scientists that are affiliated with the Frazer lab. Dr. Cheryl Saenz is a gynecologic oncologist at the UC San Diego Moores Cancer Center and is a tremendous source of clinical expertise. It is together with Dr. Saenz that Drs. Barrett and Frazer have initiated a clinical trial involving ovarian cancer patients to prove the potential of their early ovarian cancer detection strategy. Dr. Dennis Carson, an internationally renowned oncologist and immunologist, is Director Emeritus of the UC San Diego Moores Cancer Center and has been involved with the ovarian cancer project since its inception. He has long history of translating experimental discoveries made in the lab into hospital clinics for patient benefit. His active involvement provides strong assurances that the diagnostic test will ultimately be available to women worldwide.