Learning To Heal Through Regenerative Organisms

What Can We Learn from Freshwater Hydras and Planarians? 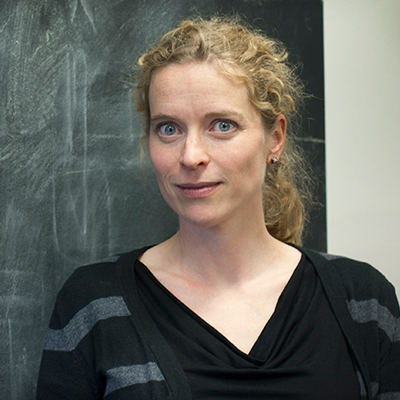 Your contributions will allow Dr. Collins to keep her talented team focused on their projects by supporting the human costs of her research. She is a firm believer in the importance of educating young scientists, and funding will go primarily toward their education. Other expenses in the lab include chemical and material supplies as well as the purchase of specialized equipment to further automate and optimize the Collins’s lab screening abilities.

Learning To Heal Through Regenerative Organisms

Dr. Eva-Maria Schoetz Collins is applying physical principles and techniques to investigate the fundamental biological processes of development and regeneration, with a focus on the nervous system. Dr. Collins’ research is seeking answers to three important questions: 1. What is the role of mechanical interactions of cells and their environment for tissue and organ formation during early embryonic development, 2. How do environmental neurotoxins damage brain development and function, and what can we do to prevent or reverse it, and 3. What is the differentiation process of stem cells to neurons and how can new neurons integrate into existing circuits? Understanding how an initially unstructured suspension of cells is able to autonomously organize itself into separate tissues, organ systems, and ultimately organize a fairly complex organism has potential implications for tissue and organ engineering in the lab for use in humans. Deciphering the mechanism by which exposure to environmental toxins causes neurodevelopmental defects will help design better exposure guidelines for humans and inspire new preventive therapies. For neurons that cannot be salvaged and have been damaged or destroyed, understanding the process of neural regeneration via stem cells in planarians is crucial for understanding and controlling the process in humans. The hope is to one day to be able to use stem cells for regenerative therapies for currently incurable neuronal diseases such as Parkinson’s, Alzheimer’s, and motor-neuron diseases.

Dr. Eva-Maria Schoetz Collins, Assistant Professor of Physics and Cell and Developmental Biology at the University of California, San Diego is pursuing a quantitative approach to study fundamental biological problems pertaining to embryonic development and regeneration. Her research interests are threefold: First, she seeks to understand which factors govern early tissue and organ formation during embryonic development. For this study, her group uses freshwater hydra, which have the astounding capability of whole organism regeneration after complete dissociation into individual cells, allowing her team to study how an entire animal with a distinct body plan evolves de novo from a soup of cells. Second, in another regenerative organism, freshwater planarians, Dr. Collins is looking to decipher by which mechanisms environmental toxins impair development, specifically of the nervous system. Third, she is using the same organism to study neuronal repair after specific types of neurons have been chemically or optically ablated. Though these processes are being studied in relatively simple organisms, key genes and regulatory pathways are conserved between these animals and humans, and therefore the results garnered from these experiments can lead to conclusions applicable to human development.

Dr. Collins has always been curious about the nature and function of things, and early on she dreamed of becoming an explorer of sorts. When she was a child she first dreamed of becoming an archaeologist, then an astronaut, which culminated in Dr. Collins earning her undergraduate diploma in mathematics and physics. As a graduate student, she realized that understanding the basic principles by which living things gain their form and structure excited her most, and thus she focused on the application of physics for studying biological phenomena. Following this idea, she completed her Ph.D. work on the role of mechanical interactions of cells for cell migration and tissue formation during early embryonic development. For Dr. Collins, understanding how a complex organism can emerge from one single cell, the fertilized egg, has always been one of the most fascinating problems in biology. A related phenomena which sparks her imagination is regeneration, the ability of an organism to restore or reform lost body parts from existing tissue. Understanding how this is accomplished is exciting because not only would it mean answering one of the greatest questions in biology, it would also have tremendous medical applications. Imagine being able to grow new body parts from scratch following an accident! In fact, an entire field called “regenerative medicine” has recently emerged that is trying to utilize the power of stem-cell-based regeneration to restore function of damaged body parts and cure currently incurable diseases.

When Dr. Collins was pregnant with her son she was thrilled by the opportunity to experience human development firsthand, but was also concerned about his exposure to environmental toxins, knowing how vulnerable the developing embryo is. This personal experience prompted Dr. Collins to combine her two research interests, embryonic development and regeneration, to launch a new research program in summer 2014, i.e., to use freshwater planarians as a model system for developmental neurotoxicology. Because of the nature of their research, Dr. Collins' team is highly interdisciplinary and comprised of undergraduate and graduate students, postdocs, and even high school students from a range of fields, including physics, bioengineering, neuroscience, biochemistry, and molecular biology.

Dr. Collins is an avid proponent of Learning by Doing and she tries to expose students to research as early as possible. Therefore, in her lab, she has many undergraduate research assistants and even welcomes one to two high school students every year to join them for several weeks or months. In addition, she has designed a new course at UCSD that exposes incoming biology freshmen to a research-based lab in quantitative biology. While laboratory classes are an integral part of the undergraduate curriculum in biology at most universities, their focus is usually in teaching students by following established protocols and techniques. While Dr. Collins stresses the importance of these courses, real research, she also teaches different skills that students nowadays learn too late in their careers, such as critical thinking, experimental design, and how to find creative and practical solutions to difficult problems. In addition, her courses challenge the students to expand their quantitative and computational skills, a prerequisite for solving problems at the scientific interface between disciplines. To further prove her dedication to the idea, Dr. Collins has published several papers with undergraduate authors.

Outside the lab, Dr. Collins spends the majority of her time with her husband and her son, whom they recently welcomed into the world. Together they enjoy the outdoors as much as possible, running, hiking, or appreciating the beach, all often with their dog Spider by their side.

Flatworms Could Replace Mammals for Some Toxicology Tests