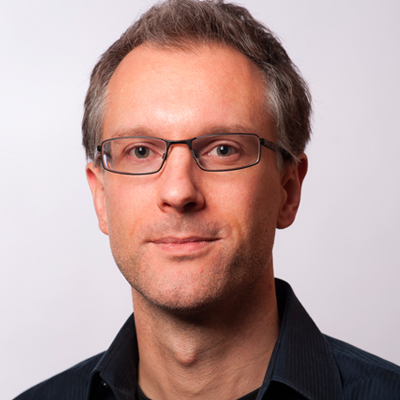 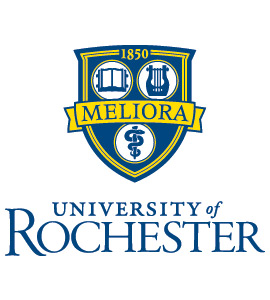 M.A., in Computer Science and Linguistics, 2000
Humboldt University at Berlin

Your contributions will support the continued research of Dr. Jaeger as he seeks to understand the computational cognitive systems that allow the human brain to communicate information at an incredible rate. Your donations will support the $200K to $300K per year required for running the lab or the $10K to $40K for equipment. Donations will also support specific equipment that will contribute to research questions that Dr. Jaeger otherwise would have been unable to do!

Understanding the ways in which humans can decode language

The stunning ability to communicate abstract messages is a quintessential human trait that uniquely defines us in the animal kingdom. Despite incredible variance in the ways that people talk, including pronunciation, the words we choose, and the structures we produce, we are able to understand one another. Dr. Florian Jaeger, of the University of Rochester, seeks to understand the computational cognitive systems that allow the human brain to communicate information at a rate and complexity that far exceeds that of other animals. The primary goal of Dr. Jaeger and his collaborators in the the Human Language Processing (HLP) Lab, is to understand the perceptual and motor inference processes that underlie our ability to communicate robustly. For example, how do we compress the high dimensional acoustical signal that arrives at our ears sufficiently to process it further? What neural codings allow us to do so within milliseconds? This ability points to cognitive and neural systems that are tuned to the statistics of the speech signal, thereby allowing the millisecond-by-millisecond prediction and compression that facilitates efficient language understanding. His research has implications that span a vast spectrum including understanding language processing, language learning, the social perception of others, automatic speech recognition, speech synthesizers, and the fundamental basics of linguistic theory.

Research at the HLP lab begins with the development of theoretical mathematical frameworks. These models are implemented and tested in behavioral and brain imaging experiments --theory and experimentation inform each other, leading to the incremental refinement of both. A central component in this work is a focus on multidisciplinary research. By going beyond disciplinary boundaries, Dr. Jaeger's team has been able to uncover unifying explanations for a both linguistic and cognitive phenomena.

Dr. Jaeger grew up in Germany and Greece. Early on his parents instilled the wanderlust in him, by touring through Europe in old cars that broke down in the most inopportune moments, putting them at the mercy of (typically extremely generous) strangers. In time, Jaeger discovered his interest in mathematics and science, and completed his Master in theoretical computer science, linguistics, and German literature at the Humboldt University to Berlin. He first came to the US for an internship with Bayer Inc. Charmed by Pittsburgh and the entrepreneurial attitude in the group he worked with, he decided to come back at some point to pursue his real passion, scientific research. After another brief stint in the coolest city in the world (Berlin, that's right; no offense), he returned to the US as an exchange student at the University of California, Berkeley, where he studied linguistics and neuroscience. Now completely awed by the intensity and opportunity that this type of research environment afforded, he decided to pursue a Ph.D. in theoretical linguistics at 'the other bay area school' (Stanford University). To round off his education, he spent part of his Ph.D. at Massachusetts Institute of Technology and at the University of Edinburgh in Scotland. A three-month postdoctoral researcher appointment in Psychology at the University of California, San Diego provided the final polish. Since 2007, Dr. Jaeger faces the northern storms at the University of Rochester, New York. He holds against his colleagues in Department of Brain and Cognitive Sciences that their awesomeness dragged him into this climate. Staying true to his interdisciplinary interests, he also holds appointments in Computer Science and Linguistics. As of 2014, he is the Director of the Center of Language Sciences, which --thanks to his predecessors-- has a long and successful interdisciplinary history with faculty alumni in over 50 linguistics, psychology, and cognitive science department at US universities alone. Dr. Jaeger tries to spend much of his free time traveling and discovering new cultures. His research and professorship has allowed him to travel to diverse countries including much of Europe, Brazil, New Zealand, Australia, and the Yucatan Peninsula in Mexico. Aside from traveling, he also enjoys hiking and scuba diving.

To Be Clear, Brian Tweaks Language
Skeptics Guide to the Universe

Scientific Advisory Board to the German Academic Exchange Network, 2006-2009