From Bench to Bedside: Research gets at the Heart of Hereditary Dementias | Benefunder
Skip to main content
All Causes

From Bench to Bedside: Research gets at the Heart of Hereditary Dementias 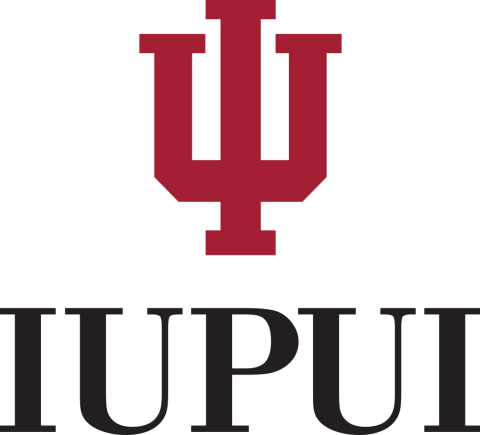 Doctor in Medicine 1966
University of Pisa

Your contributions will support the continued research of Dr. Bernardino Ghetti, at Indiana University School of Medicine, as he makes sense of the underlying genetic and molecular causes of dementias. Donations will fund continued research, help expand personnel, and allow Dr. Ghetti to purchase new equipment. In choosing to donate, you will fund bench-to-bedside research that has a dramatic impact on the lives of the aging population and those affected by hereditary dementias including patients, families, and caretakers.

From Bench to Bedside: Research gets at the Heart of Hereditary Dementias

Dementia is a general term for the loss of memory and other mental abilities severe enough to interfere with one’s daily life. Caused by physical changes in the brain, there are many different types of dementias, with the most common being Alzheimer's disease. Dr. Bernardino Ghetti, Distinguished Professor of Pathology and Laboratory Medicine at Indiana University School of Medicine, is a leader in the field of hereditary dementias, which includes Alzheimer’s disease, Pick disease, frontotemporal dementia, and Gerstmann-Straeussler-Scheinker disease. As both a researcher and clinician, he spends his time studying the basic underpinnings of hereditary neurodegenerative diseases, diagnosing neurodegenerative diseases, and bridging the gap between basic research and clinical applications. Therefore, his bench-to-bedside approach, motivated by a deep concern for his patients and the “diseases that destroy the human spirit,” has a profound ability to help understand the genetic and molecular basis of some of the most prevalent diseases that affect the aging population.

For twenty-two years, Dr. Ghetti served as the director of the Indiana Alzheimer Disease Center (IADC), which is funded by the National Institute on Aging and helps to identify individuals with probable Alzheimer disease. He continues to play an active role at the IADC while devoting his energy to his lab and patients. By combining clinical neurological and psychiatric experience with cutting-edge neuropathologic methods, protein chemistry, and molecular genetics, Dr. Ghetti hopes to understand the ways in which genetics affects the onset of dementias. As the director of one of the best neuropathology laboratories in the country, Dr. Ghetti's expertise, extensive collaborations, and novel approach have continued to lead him and his team to important discoveries. Providing a fundamental step between the clinical and basic science work, an investment in Dr. Ghetti is an investment in the future of treating hereditary dementias and improving the healthspan of patients while relieving burdens upon their families and caretakers.

Dr. Bernardino Ghetti was born and raised in Italy where he completed his clinical academic training. He had strong training in classic languages and literature in high school and then exposure to medicine in a strong medical school.

He describes his “idealized concept of medicine” as a combination of art and science. After entering medical school, he quickly gained a clearer vision of what medical practice and research were. Soon his interest in the brain and brain related function quickly became central to Dr. Ghetti’s studies and he began working for the department of psychiatry in a psychopharmacology research laboratory. There he learned about drug function and the ways in which psychotropic molecules reach different parts of  the nervous system. This opportunity gave him the chance to get a feel for research, begin publishing, and led him to his current career path as a researcher and neuropathologist.

After completing his coursework, Dr. Ghetti started his residency in mental and nervous diseases, and in the tradition of Italian education, also started to learn about neuropathology, the study of how different diseases occur in the brain. After completing his residency, Dr. Ghetti was awarded a scholarship that allowed him to study at the Albert Einstein College of Medicine, Bronx, New York. There he learned more about dementia and began to connect his background in hereditary diseases with hereditary dementias. After completing six years of postgraduate work at Albert Einstein College of Medicine, Dr. Ghetti accepted a faculty position at Indiana School of Medicine where he has continued to study hereditary neurological disorders with a special concentration on hereditary dementias.

Aside from research, in his free time, Dr. Ghetti has a passion for classical music, he enjoys literature and poetry.

Dopamine deficiency in the weaver mutant mouse
A mutation in the amyloid precursor protein (APP) associated with hereditary Alzheimer's disease
Selective vulnerability of late-generated dopaminergic neurons of the substantia nigra in weaver mutant mice
Vascular variant of prion protein cerebral amyloidosis with τ-positive neurofibrillary tangles: The phenotype of the stop...
Mutation in the Tau gene in familial multiple system tauopathy with presenile dementia
Rapid-onset dystonia-parkinsonism associated with the I758S mutation of the ATP1A3 gene: a neuropathologic and...
Frontotemporal dementia caused by MAPT mutations: A chameleon for neuropathology and neuroimaging

Fellow, American Association for the Advancement of Science, 2013