What does the Immune Response tell us about Autoimmune Diseases and Cancer? 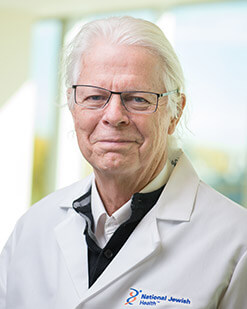 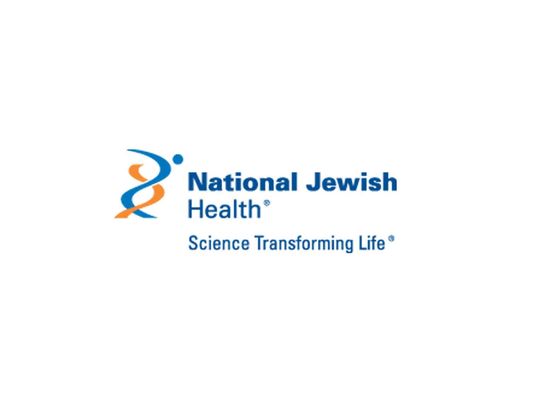 Your contributions will support the continued research of Dr. John Kappler at National Jewish Health and the Barbara Davis Center for Childhood Diabetes of the University of Colorado, Denver, as he designs novel ways to harness the immune system in the treatment of autoimmune diseases and cancer. Donations of $250K will fund projects supporting the salaries and benefits for fellows and technicians in addition to lab supplies, services, small equipment, and animal costs. In choosing to donate, you will be a part of creating the medical tools for the future of treatment for autoimmune diseases and cancer.

Translating fundamental research to treatments for autoimmune diseases and cancer

Many of the most common autoimmune diseases result from T cell attacks via self-antigens expressed in specific organs. Likewise, in many cancers, it is common to identify T cells that recognize self-antigens over-expressed in tumor cells. Therefore, understanding the biological mechanisms that determine how self-peptide/MHC complexes drive the immune response of T cells, may help to uncover therapeutics for treating these devastating diseases. Dr. John Kappler, Distinguished Professor for National Jewish Health and the University of Colorado, Denver, studies the way in which T cells recognize self-antigens in order to translate fundamental research into translational projects that identify how T cells participate in a number of diseases. His knowledge and experience with how peptide and MHC complexes drive the immune response of T cells, allow him and his team to design novel ways to harness the immune system in the treatment of autoimmune diseases and cancer.

Recently awarded the Wolf Award alongside his wife and long term collaborator, Dr. Kappler is a leader in the field having contributed to seminal knowledge about T cells and the immune system. With over thirty years of experience in studying T cell receptor and MHC-peptide structure and function, Dr. Kappler and his team have accumulated a wide set of tools that allow them to address any aspect of this area -- all the way from the in vivo immune responses to the atomic x-ray structures of T cell receptors and MHC/peptide complexes. Their groundbreaking findings, including the discovery of the nature of T cell antigen receptor, the role of antigen processing in generating the peptides required for creating MHC/peptide complexes, and the phenomenon of thymic elimination of self-reactive T cells during T cell development, have helped them to develop tools that are now commonly used around the world to study these molecules. Thus, Dr. Kappler’s projects have taught the scientific community that the T cell branch of the immune system is exquisitely able to detect and respond to slight variants of self-antigens and that this knowledge can be used to develop strategies either to prevent or provoke immune responses to self-antigens.

Dr. John Kappler was born and raised in Baltimore Maryland, and came of age during the 50’s and 60’s. As a child, he always had a curiosity about how things worked and an interest in math and science. He had the good fortune to attend high school at Baltimore Polytechnic Institute from 1957-61, one of the top public science high schools in the country, where he had a chance to learn calculus, analytical geometry, physics, chemistry and mechanics as well as woodworking, foundry, forge, metal working, surveying and mechanical drawing from a collection of extremely talented teachers. This set him firmly on the path for a career in science.

In 1961, he went to the Lehigh University as a chemical engineering major, but soon learned that his passion was going to be in laboratory research. Dr. Kappler was heavily influenced and mentored by Dr. Joseph Merkel who taught biochemistry at Lehigh and gave him a taste for experimental research. After graduating, he went to the fledgling Department of Biochemistry at Brandeis University in 1965 for his graduate work. It was there, under luminaries such as Nathan Kaplan, William Jencks, Robert Abrams and Gordon Sato, that he learned how to approach scientific problems experimentally and to be an independent thinker.

Dr. Kappler completed his postdoctoral work in immunology with Richard Dutton at the University of California, San Diego from 1970 to 1973. This was the beginning of the Golden Age of immunology, when most of the basic functions of the immune system were still not understood, especially those concerning the development and functions of the T cell branch of immunity. He met Philippa Marrack in the Dutton lab and together, in 1973, they went on to faculty positions at the University of Rochester and then in 1980 to their present location in Denver at National Jewish Health research hospital Denver. In Denver they raised their family and rode the ever expanding wave of basic immunology research over the next 20 years. Dr. Kappler and Dr. Marrack have made major contributions to the field, including the discovery of the nature of the T cell receptor for antigen and of the major mechanism that the immune system uses for eliminating self-reactive T cells during their development in the thymus, before they enter the functioning immune system. These accomplishments earned them election to the National Academy of Sciences and appointments as investigators in the Howard Hughes Medical Institute as well as numerous national and international awards.

During the mid-90’s, Dr. Kappler felt that it was time to take all of the knowledge and experience he had gathered in the basic biology of T cells and apply them to more translational problems. He began working on how T cell become involved in allergy, autoimmunity and cancer. He and his team now have had a number of successes in these areas and they are the main problems that he intends to work on in the future.

Throughout his career, Dr. Kappler has been driven by a curiosity for how things work. He is a scientist of “the old school”, meaning his research is guided by experimental testing of hypotheses formulated to explain biological phenomena. Even at this later stage of his career, he is still working at the bench, developing new hypotheses and bringing new technologies into his lab.

Aside from research, in his free time, Dr. Kappler enjoys playing and building guitars. His hobby dates back to being fifteen years old when he first began playing the guitar. While in the guitar shop one day for a repair on his own guitar, he met a master luthier, Edward Dick, who trained him to build guitars as well. Dr. Kappler now designs guitars for local musicians in the Denver area whom he admires.

The Novartis Prize in Immunology, 2016