How Are Effective Treatments Created? 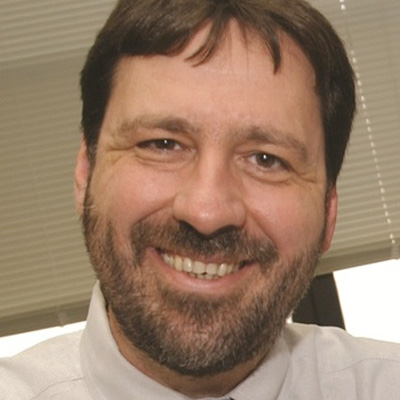 Your contributions will support the continued research of Dr. Jeffrey Conn, of Vanderbilt University, as he discovers new treatment strategies that may dramatically improve the standard of care of patients suffering from devastating illnesses. Donations between $10-100K will fund early-stage studies, $1-2M will fund studies required for FDA clinical testing, and $5-10M will support discovery and development of new drug candidate. Any gift will fit well within the continuum of studies required to bring new treatments to patients.

Giving researchers the tools to provide the most effective treatments

Most of the drugs used to treat brain disorders today are variants from drugs developed in the 1950’s and 60’s. Therefore, despite the innovative research and the breakthroughs in neuroscience, few drugs have been developed to aid patients suffering from disorders and diseases including schizophrenia, Parkinson’s disease, Alzheimer’s disease, autism, depression, Huntington’s disease, and others. Dr. Jeffrey Conn, of Vanderbilt University, is the founder and director of the Vanderbilt Center for Neuroscience Drug Discovery (VCNDD) which provides the infrastructure and expertise required for drug discovery that is traditionally only found in industry settings. The VCNDD has been a phenomenal success and is now widely regarded as the world’s premier academic drug discovery group leading to drug candidates that are now being advanced for treatment of disorders. In addition, the VNCDD’s partnership with several companies including AstraZeneca, Johnson and Johnson, Bristol Myers-Squibb, and smaller biotech companies has advanced drug candidates towards new approved medicines. In each case, the VNCDD’s programs, led by Dr. Conn, have the potential to dramatically change the standard of care and improve the lives of individuals suffering from devastating disorders.

The VNCDD presents a new model for academic drug discovery that “de-risks” new treatment possibilities. By investing in early stages of research that pharmaceutical companies may be resistant to undertake, due to their high cost and risk, the VNCDD provides strong validation of innovative approaches to treatment of severe brain disorders. Under Dr. Conn’s supervision, researchers at the VNCDD are free to follow leads in a way that is unparalleled thereby leading to the most exciting scientific breakthroughs beyond the lab and toward the development of patentable and marketable drugs suited for clinical use. In addition, to his strong focus upon building a community of rigorous researchers working towards translational research that affects patients, Dr. Conn’s role as a mentor to current graduate students and postdocs, gives his students the unique opportunity to have basic and applied experience.

The research at the VNCDD, under the leadership of Dr. Conn, tackles a spectrum of brain disorders and diseases including:

Dr. Conn became intensely interested in Neuroscience as a teenager and that interest grew over the years because of the many experiences he had with family and friends who struggled with serious brain disorders. Initially, he planned to pursue a clinical career path, but became increasingly convinced that treatments available for neurological and psychiatric disorders were far from adequate and that he could have a greater impact by going into biomedical research as a neuroscientist. Dr. Conn focused his research on basic science that could lead to new therapies for brain disorders, including schizophrenia, Alzheimer’s disease, major depression, autistic spectrum disorders, Huntington's disease, and others. However, as an academic scientist in the 1990s, he came to realize that he had to rely on the pharmaceutical industry to take the ideas emerging from his work in order to advance them to new therapies.

For that reason, Dr. Conn moved to a global pharmaceutical company to become head of neuroscience at their site in the Philadelphia area. Working in an industry setting, it became clear that he could not invest in the most innovative approaches for treatment of brain disorders because of their inherent risk. Thus, he was forced to focus on efforts that may be lower risk but did not offer the fundamental advances in patient care that were needed. Unfortunately, academic scientists did not have the expertise and infrastructure required to take the best ideas emerging from neuroscience research and perform studies that would “de-risk” those efforts so that the pharmaceutical industry could invest in them. Therefore, it became clear to Dr. Conn that there was a tremendous need to build research programs that could fill that gap and advance novel therapeutic approaches to a point where the pharmaceutical and biotech companies could invest in bringing new medicines for brain disorders to the market. This revelation motivated him to move back to academics where he founded the Vanderbilt Center for Neuroscience Drug Discovery.

In his free time, aside from research, Dr. Conn spends his time outdoors engaging in a variety of activities from spending time in the mountains, hiking, and fishing. He also spends much of his time traveling internationally.

PhRMA Foundation Award for Excellence in Pharmacology and Toxicology (2008)