Can we be Protected against Influenza? 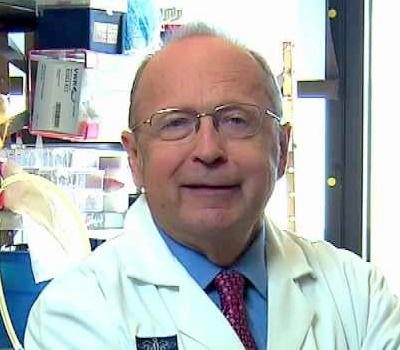 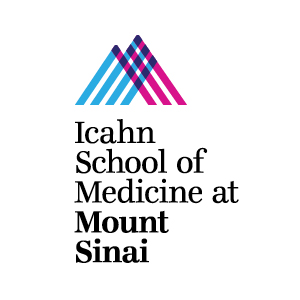 Your contributions will fund the development of a universal influenza vaccine that will only need to be administered once or twice in a lifetime. Beyond influenza, funding for the development of a broad-spectrum antiviral for general respiratory diseases will revolutionize treatment for infected individuals. Contributions for basic influenza research will improve diagnosis techniques and treatment capabilities.

Developing a universal influenza virus vaccine and a broad-spectrum antiviral

Dr. Peter Palese, Professor and Chair of the Department of Microbiology at the Icahn School of Medicine at Mount Sinai is drawing on his four decades of experience to understand the specific processes of influenza viral infection and develop tools to combat the virus. Developing a universal influenza virus vaccine that would only need to be required once or twice in a lifetime will not only protect millions of individuals from one of the most persistent seasonal viruses, but also reduce the need for annual vaccination. This will reduce the need for multiple and annual treatments, and thus reduce medical costs, increasing the availability of the vaccine to many who are prohibited by cost from attaining annual vaccines. Dr. Palese is further studying the mechanisms by which the influenza virus attacks host cells and organisms in order to develop a broad-spectrum antiviral for treatment of already infected individuals. This antiviral would target specific host-cell proteins identified with viral RNA replication, but would work beyond influenza with a wide range of respiratory-disease causing viruses. This work has the potential to overwhelmingly strengthen the human fight against a virus that is known to have the frightening potential to cause epidemics and pandemics.

Worldwide, seasonal influenza outbreaks amount to between 3-5 million cases of severe illness, with 250-300 thousand of those cases resulting in deaths, according to the World Health Organization. Dr. Peter Palese has spent the last four decades as a virologist researching various aspects of the influenza virus, including studying its RNA, proteins, genetics and pathogenicity. The influenza virus is constantly changing, which is why we need annual vaccines against the virus, and is broadly found in the animal kingdom, able to infect a number of species including birds (avian flu), pigs (swine flu), and horses, among many others. Dr. Palese is studying the whole spectrum of influenza viruses in the hopes of developing a universal influenza virus vaccine that would have to be administered only once or twice in a lifetime. When individuals do become infected treatment is administered by antivirals, and Dr. Palese is working on the development of a broad-spectrum antiviral that will be effective in treating patients with a wide range of influenza virus strains. Some of this work has to be conducted in a BioSafety Level 3 (BSL3) facility with negative pressure that offers Dr. Palese and his collaborators the coveted ability of working with dangerous viral strains, such as the 1918 Spanish flu strain.

Dr. Palese's research laboratory works extensively with the influenza virus. He is attacking the virus by doing basic research on the virus and working on the development of revolutionary tools for our fight against influenza.

It can be argued that Dr. Palese's first monumental encounter with viruses, and one that set a path for him to become a virologist, occurred when he was just three or four years old. Just after WWII during a period of reconstruction, antibiotics were a rare commodity. At this time, Dr. Palese contracted diphtheria, a respiratory tract infection that causes swelling of the respiratory tract and often leads to death by asphyxiation. He vividly remembers looking up and seeing a doctor standing over him with a scalpel, doing what was essentially an improvised tracheotomy. This is Dr. Palese's earliest memory and one that has stayed with him for his entire life. To date, this disease  no longer exists due to an effective vaccine (and the availability of antibiotics).

Dr. Palese is a very pro-vaccine individual with firm beliefs in their useful potential. He believes that those who reject vaccinations underestimate their impact and potential. In under-developed countries, over 100,000 people (mostly infants and children) die from measles annually even while we have a functioning and effective vaccine against it; thousands more die from other infections for which we also have effective vaccines. Vaccination is a major breakthrough in modern medicine, contributing to Dr. Palese's interest in the field.

Academic settings offer a controlled and structured environment for many researchers, and it is one that Dr. Palese has grown to admire. In addition to providing research opportunities and access to valuable educational resources, an academic environment enables Dr. Palese to educate and train new students and future researchers, particularly medical students. It is his mission to provide sound training that paves the way for students to pursue different career paths including academics,  patent law, and positions within organizations  such as the FDA, CDC, NIH and WHO. Dr. Palese believes that  providing students with an intense research experience enables them to acquire and hold positions that do not necessarily emulate work a professor would do; they are not constrained to an academic setting.

Why Swine Flue Isn't So Scary

Why We Need More and Better Vaccines

Elected Fellow of the American Academy of Arts and Sciences, 2014

Election to the Institute of Medicine of the National Academy of Sciences, 2012