Targeting Cancer At Its Core | Benefunder
Skip to main content 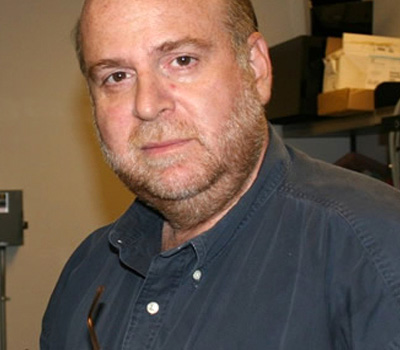 Your contributions will allow Dr. Esener to continue making more medical advances in the lab and investigate the use of Nanotechnology to fight cancer and cure other diseases.

Tumor-targeting and exploring the human body with nanotechnology

Dr. Sadik Esener, Nano-Engineering professor at University of California, San Diego, is researching ways to target cancer at its core. Using nanotechnology, he is shrinking electronic, photonic, and mechanical devices to a dimension where they can interact with biology. Dr. Esener has developed nanomachines that can encapsulate and carry various cargos including enzymes that interact with the tumor environment and their nutrients, reside in the body for long periods of time, and when activated by ultrasound, can produce significantly higher propulsion force and move much faster than what was previously possible, to penetrate desired tissues and cells and deliver their payloads. His technologies provide the power to deliver therapeutics specifically where they are needed the most while minimizing side effects.

Dr. Esener's work does not stop at cancer research. He is simultaneously working on improving brain mapping and imaging to be able to attack Alzheimer's and Parkinson's diseases. His sophisticated nanocapsules containing various enzymes allow for a better imaging and understanding of neurotransmitter distribution and behavior involved in Alzheimer's and Parkinson's diseases.

The increasing number of deaths by cancer every decade is alarming, making the need for this research more relevant than ever before. Dr. Esener's findings are leading the way in cancer research and taking us one step closer to winning the fight against cancer.

Dr. Esener's close family members, including his wife, passed away from cancer. During their sick periods, he learned where the problems were and the pain associated with the disease. He believes some of the research should be directed to palliative treatments to reducing the pain caused by unresectable tumors.

Dr. Esener's grandfather was the assistant to renowned physicist and chemist, Madam Curie, and died from radiation poisoning. His mother used to tell him, "I hope you discover the things my father didn't have time to."

Dr. Esener is an internationally known expert in nanotechnology, photonics and opto-electronics, and he has been closely involved with a dozen startup companies based on technology developed in his laboratories.

The My Hero Project

Since 1990, the Collegiate Inventors Competition has recognized and rewarded undergraduate and graduate students who are committed to research, discovery, invention and innovation. We also celebrate the working relationship between these students and their advisors.