What are High-Glucose Environments? 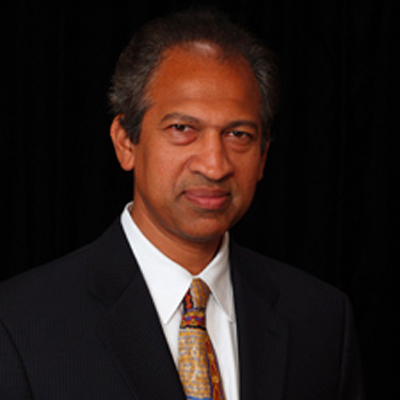 Your contributions will have a major impact in the field of diabetes research through the acquisition of human resources (scientists with proper medical, academic and animal training), animal resources (animals exhibiting different models of obesity, diabetes, and kidney disease), and alleviating of various other laboratory costs (sampling, analysis, and interpretation of patient samples). Funding will also translate basic research into usable tools for developing effective human cures.

Diabetes is essentially taking over the world; what started out as a disease only affecting insulin production in children is now becoming a tremendous global health concern due to the abundance of sugar, fat and excess food coupled with lowering levels of physical activity. It is a major cause of blindness, limb amputations, heart disease and of course, is the number one cause of kidney failure. As it is becoming more prevalent in Latin America and Asia, the number of patients with complications has skyrocketed in just the past decade. Dr. Kumar Sharma, Professor of Medicine at the University of California, San Diego, has developed a new theory for understanding mitochondrial function in the presence of high glucose, the cellular environment characteristic of diabetes. By improving mitochondrial function, Dr. Sharma can reduce inflammation and improve the overall health of organs. This new theory, called mitochondrial hormesis, is now being applied to diabetic complications by his group and is making a huge impact in two major areas: attacking diabetes by manipulating mitochondria (which approaches the disease from its root cause), and identifying human biomarkers to reduce the duration of clinical trials. Dr. Sharma’s research is using novel approaches to look at new ways of targeting and treating diabetes with the goal of identifying methods for regulating mitochondrial function in gentle ways and monitoring its health to solicit a healing response.

Dr. Kumar Sharma, Professor of Medicine at the University of California, San Diego, is focused on explaining why cells ultimately fail with diabetes and how he can monitor and improve their health. He is trying to understand at a global and specific level, using the kidneys as his test model, how cells respond to high concentrations of glucose, or sugar, and identify the pathways that are causing diabetes. The kidneys are relevant to multiple other diabetic conditions, including vascular problems in the limbs, retinal problems, neurological problems, heart problems, and some cancers linked to diabetes. When cells are exposed to high levels of glucose, they cease working efficiently and “turn off” beneficial energy-sensing pathways. This leads to high inflammation and scarring of the kidney tissue. Dr. Sharma is asking questions like: Why do cells fail in diabetic conditions? and How can we develop interventions to reverse this process? He is looking for novel solutions for preventing and treating diabetes by indicating pathways that could be adjusted to protect cells and organs. The challenge of this research is to translate this knowledge from cells and animal models to humans. Using metabolomics, a platform to measure small molecules that inform the biochemistry and response of cells to the environment, Dr. Sharma has identified small molecules in the urine and blood that informs him of the damage that is occurring. This will help him decide which patients to treat and how to monitor their response to new treatments, translating into personalized medicine for diabetes and its complications.

Dr. Sharma's current research projects reflect the translational aspect of his lab. They focus on understanding important scientific concepts and translating them for use in the human condition:

1.Understanding mitochondrial function in cells in response to high glucose.

2. Like a factory, each component of an organ has a specific function that contributes to the overall functioning of that organ. When one part is not working effectively, the function of the overall system fails. High-glucose environments suppress energy production, which reduces the ability of cells to perform their differentiated functions. Dr. Sharma is exploring how suppressed mitochondrial function can lead to organ failure by translating his findings into the animal condition. He is using “knockout mice,” mice with human genetics, with different defects and levels of mitochondrial activity to study how high glucose is linked to inflammation and fibrosis. Dr. Sharma is exploring how he can manipulate the pathways with novel treatments focused on mitochondria. He is doing this by determining how to monitor the effectiveness of measurements and how to use mass spectrometry to measure mitochondria for imaging analysis. This data is then used to monitor the function of mitochondria within animals in real time, as results are highly artificial with studies outside an animal.

3. From animals, Dr. Sharma is translating his research to human studies to understand how it will impact diagnosis and new treatment approaches for diabetes. He is using biomarkers identified in animals through mass spectrometry in animals, translating those biomarkers to the human condition, and studying the same changes in humans. He is indicating which mitochondria aren’t functioning properly in humans by using biomarkers found in the blood and urine, and linking it to kidney function. For improving treatment he is exploring novel treatments that improve these biomarkers, and looking to see whether or not the kidney improves. He then expands this to other organ systems to determine whether the same processes are occurring.

Dr. Sharma has always been interested in connections between events, and how they may predict responses. In high school his favorite class was called psychoneuroimmunology, which focused on how the status of the mind can affect health an organism’s resistance to disease. He first pursued engineering in college because he wanted to learn about aerospace, but he soon realized his true interests lay in biology and learning how cells work and communicate with one another. After this moment of clarity, Dr. Sharma switched his major to biology, and then entered medical school to further understand how biology could inform us about human health and disease. Shortly before graduating, his father passed away, suffering from a massive heart attack after struggling with diabetes for about 10 years. From this moment, Dr. Sharma became very focused on applying fundamental knowledge of cell function in order to understand diabetic complications. Since then, he has witnessed more friends and family members struggle with diabetes, and related complications, which has helped confirm his correct path.

During his training he was attracted to nephrology, the study of the kidneys, as this organ system is connected with many other organs and controls the fine-tuning of the molecules within the human body. While training, the impact of diabetes on many organ systems led to an increasing number of patients admitted to the hospital and suffering a slow and drawn out death, essentially multiple organ failure, with the kidney being largely responsible for the complications. Within the last 20 years Dr. Sharma has been focused on diabetic complications to find out how the kidney becomes compromised during diabetes, and how it may interact with other organs to lead to a slow death in so many of his patients. His work on diabetes and related kidney conditions is creating a paradigm shift in the field in two major ways:

1.  His specific theory about mitochondrial function is explaining the root cause of diabetes and its complications, and is leading to the development of new molecules and approaches that improve mitochondrial function in a healthy way. This could be a real breakthrough in treating diabetic complications, and could even potentially prevent the initial development of diabetes.

2.  Identifying the molecules that indicate the underlying biochemistry in the human body allows those molecules to be used as biomarkers for novel treatments in human patients. This is having a huge impact in the field. Whereas current clinical trials of the kidneys can range from four to five years in order for professionals to fully understand a patient’s response, looking at the metabolite response could cut feedback time to months, or even weeks. This will greatly reduce both the time and cost of clinical trials, allowing for a better understanding of how drugs work in the human body and personalized medicine.

In his spare time, Dr. Sharma immerses himself in varying genres of literature, from classic to modern, and with particular enthusiasm for intricate novels that feature many moving pieces and challenge him to follow multi-level developing plot lines, notably mysteries and detective stories. He also enjoys stimulating his mind by playing chess and bridge, which incorporate many different pieces in order to accomplish an end goal. He is an appreciator of art and the arts, primarily music and dance customs from different cultures. Learning how people incorporate aspects of their culture, climate, and physical gifts teaches him about those cultures and opens another avenue for interacting with people. He pays close attention to maintaining his physical shape, these days by playing tennis or other athletic activities; he believes that by improving muscle function, other aspects of the body and mind are also correspondingly improved.