The Guttmacher Institute: The Scientific Backbone of the Reproductive Health Community | Benefunder
Skip to main content 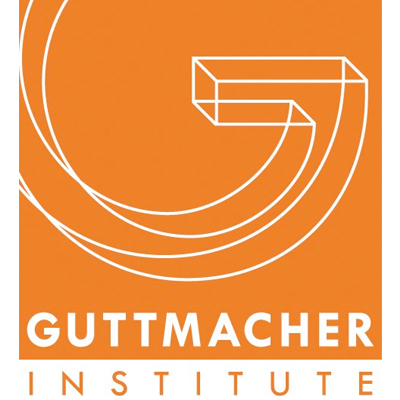 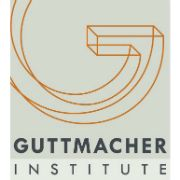 Your contributions will support the research program of the Guttmacher Institute, which aims to produce rigorous, innovative research to advance sexual and reproductive health. While small donations will help to disseminate research to policy makers, health officials and journalists, larger donations will ensure the creation of new projects to pursue expanded efforts to improve the lives of women, teens and families globally.

Conducting research to inform policies that benefit women, men and youth around the world

Unwanted pregnancy, adolescent childbearing, unsafe abortion, and sexually transmitted infections exact a heavy toll on the health and lives of women, men, and adolescents worldwide. Despite great advancements in reproductive health in recent decades, efforts to address these critical issues are all too often impeded by ideological rhetoric, fear-based messaging, and misinformation. Objective scientific research can provide—and indeed has provided—a path to meet these challenges and make a real difference in advancing sexual and reproductive health.

As the world’s leading think tank for the study of sexual and reproductive health, the Guttmacher Institute has been a driving force for positive change for nearly 50 years. The Institute serves as the scientific backbone of a movement working to ensure that people everywhere are empowered to achieve their childbearing desires and safeguard their reproductive health. By documenting the experiences and needs of women, men, and teens around the world, Guttmacher provides the evidence necessary to create data-driven policies and programs that impact lives every day.

This commitment to producing and disseminating science has been recognized widely. Philanthropedia named Guttmacher the nation’s number one reproductive health nonprofit two times in a row, based on a survey of experts. New York Times columnist Nicholas Kristof has referred to the Institute as “the gold standard for reproductive health research.” The Institute is one of the few non-university organizations to receive a grant from the prestigious Population Center program at the National Institutes of Health (NIH). These accolades, combined with a long track record for producing research of the highest standard, afford the Guttmacher Institute unrivalled credibility in debates over reproductive health issues, and place the Institute in a position to combat and discredit misinformation.

Guttmacher is distinguished in its focus on conducting research that addresses issues facing millions of people and then communicating findings to decision-makers in order to influence policy change. Guttmacher’s research answers the important questions that help policymakers, program implementers, healthcare providers and other key audiences bring about beneficial change. And the Institute’s expertise in evidence-based communications ensures that findings are accessible and the implications clear to those who are empowered to take action.

This commitment to actionable research leads scientists at the Institute to produce work that cannot be found anywhere else. Its studies are published in some of the most prestigious scientific journals worldwide, a testament to the organization’s unimpeachable commitment to best research practices. In addition to the rigor that underlies their research, scientists and staff at the Guttmacher Institute are united by their passion for improving reproductive health everywhere. A particular focus surrounds disadvantaged populations, both in the United States and in developing countries across Africa, Asia and Latin America, with an eye toward reducing disparities and inequities in reproductive health.

Instead of maintaining overseas offices, the Institute works with local researchers in truly collaborative partnerships. Through these collaborations, the Institute gains deep insights into each country’s unique cultural and policy contexts, and its partners gain important skills in research design, data collection and analysis, and writing for scientific journals. Guttmacher experts also train international partners to communicate science effectively for a policy audience. With this collaborative and empowering approach, Guttmacher researchers have made a particularly strong contribution to advancing the careers of developing-country scholars and to bringing about policy and program reform on some of the most challenging sexual and reproductive health issues in the world.

$5,000 can support the design of an infographic that will allow the results of a Guttmacher Institute study to be quickly grasped and shared widely online.

$25,000 can provide the support the creation of a comprehensive fact sheet that distills the results of a Guttmacher Institute research study.

$50,000 can execute a comprehensive dissemination strategy that gets Guttmacher data into the hands of key individuals who can develop new programs and policies.

$75,000 can support the development of a new scientific paper on an important sexual and reproductive health issue.

$100,000 can support an exploratory study to test a new methodology or address a major research gap.

$250,000 or more can underwrite a new research project that will deepen our understanding of sexual and reproductive health and provide evidence to support policy and program change.

A Perilous Year for Abortion Rights

Sustainable development is only possible if women's health is prioritised

Beyond Preventing Unplanned Pregnancy: The Broader Benefits of Publicly Funded Family Planning Services
Abortion in India: A Literature Review
Impact of the federal contraceptive coverage guarantee on out-of-pocket payments for contraceptives: 2014 update
Meeting the Contraceptive Needs of Teens and Young Adults: Youth-Friendly and Long-Acting Reversible Contraceptive Services in..
Adding It Up: The Costs and Benefits Investing in Sexual and Reproductive Health 2014

Abortion in the United States
Adding It Up 2014

Ranked as the #1 Reproductive Health Nonprofit by Philanthropedia, twice in a row