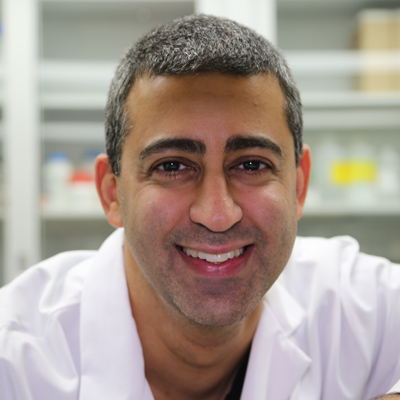 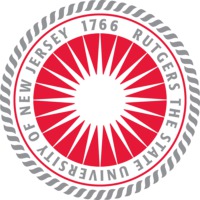 Your contributions will support the continued research of Dr. Scott Kachlany, of Rutgers University, as he brings basic research into clinical trials. Donations of $250K/year will be used for applied studies supplying materials, equipment, and maintenance in addition to supporting passionate and intelligent personnel. With financial backing, you could be part of stimulating new discoveries in order to allow the technology to become a real drug.

When the body’s defense goes awry, leukotoxin may be the solution for continuing a defense against disease

White blood cells (WBC) are an important part of keeping the body healthy; by mounting a defense against infectious organisms and foreign substances, they are the ultimate defense. However, when this defense goes awry, WBC diseases such as leukemia, lymphoma, and autoimmune/inflammatory disease occurs. Dr. Scott Kachlany, Associate Professor of Oral Biology at Rutgers University, bridges the gap between academic and applied research. By studying the protein, leukotoxin, which is found in many of our mouths, he and his team have found that this unique bacteria is able to kill certain types of WBCs that promote these diseases. Each day, Dr. Kachlany is uncovering new clues about how leukotoxin is able to destroy these bad WBCs and furthermore, discovering new applications the protein can be used for. In essence, the bacterium has already done the hard work, as it has developed a highly targeted therapy that will benefit millions of patients.

Within microbiology, there are only a handful of scientists that study leukotoxin from this common oral bacterium and among them, Dr. Kachlany is the only microbiologist that use leukotoxin in translational settings where it can practically be applied for patients. Thus, his work allows for the effective treatment of many diseases that at this time, have no cure. Already successful animal studies have treated diseases with minimal or no side effects. Future research hopes to bring leukotoxin to clinical trials to make sense of how Dr. Kachlany’s novel observations can benefit someone in the clinic. Having received the New Jersey Inventors Hall of Fame Innovators Award and the Thomas Edison Patent of the Year Award for his work related to the issued patent covering the use of Leukothera®, Dr. Kachlany is positioned to contribute life-saving science within a short timeline.

Dr. Kachlany attended Cornell University for his undergraduate studies and Columbia University College of Physicians and Surgeons for his Ph.D. and postdoctoral fellowship. However, his scientific curiosities were born much earlier. As a high school student, Dr. Kachlany was so enamored by studying bacteria that he was determined to grow bacteria in his own home. Thankfully, he had the foresight to grow the bacteria in a controlled environment but this also meant setting up an experiment. The first thing he needed was an incubator. Using leftover square-foot tiles, some electrical switches, wire, a light bulb casing, and some tape, he proceeded to construct the incubator. Unable to get his hands on agar, he used Jell-O as a substitute and filled his “borrowed” petri dishes. Lastly, he got his hands on a tube of pure E.coli which was ordered from a catalogue. To his excitement, he had living colonies the next day even though the Jell-O had melted into the bacteria!

Quickly following, Dr. Kacklany’s grandmother gifted him a scientific-grade microscope for his room and he went back to work studying bacteria. Therefore, not surprisingly, he was determined to become a research microbiologist. While most of his friends were talking about medical school, he was dedicated to pursuing a Ph.D. after college. With a fierce determination, he did everything it took to reach his goals.

After arriving at Cornell University in August of 1993, one of the first things he did was find the Microbiology Department and read about the different research projects being carried out there. That search landed him in Dr. Bill Ghiorse’s lab. This experience fed his hunger and reassured him that research was going to be his career.

His own research program is truly translational and represents the intent and goals of human health research. His study of bacterial protein toxin is likely to be a tool for novel therapeutic treatment of white blood cell diseases such as leukemia, lymphoma, and autoimmune diseases. Additionally, several years ago he founded a pharmaceutical company that runs independently from his lab but with close associations. Therefore, he is able to make discoveries within his lab that are brought directly to commercialization when successful.

In addition to his passion for research, Dr. Kachlany also remains active outside of the lab. Spending time gardening, cooking, wood-working, and oil painting, his creativity keeps him motivated beyond the lab.