Achieving the Impossible by Harnessing Materials in a Novel Way

Can We Control the Smallest Pieces of Materials? 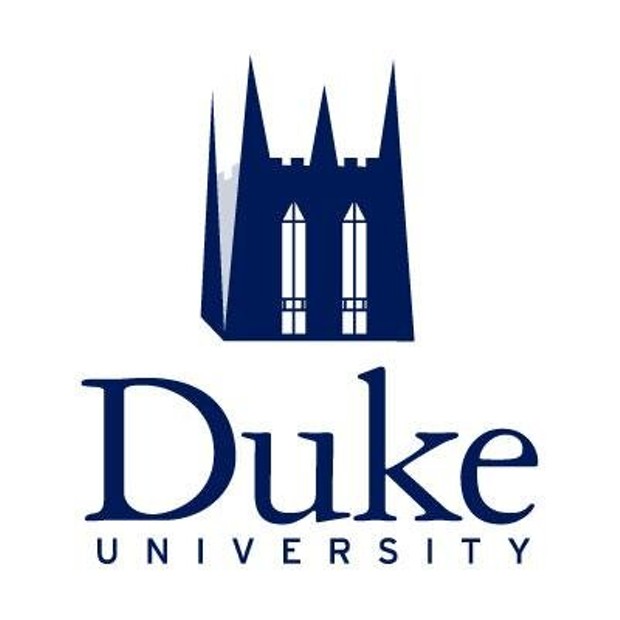 Your contributions will support the continued research of Dr. Adrienne Stiff-Roberts, of Duke University, as she helps enable unprecedented control over organic thin films, including better uniformity and improved repeatability for organic semiconductor based devices. Donations will fund the necessary $400-500K required for personnel, materials, supplies, shared facilities for materials characterization, equipment maintenance, publications, and travel. Join in research that provides many useful capabilities that are difficult, if not impossible, to achieve otherwise; support Dr. Stiff-Roberts.

Achieving the Impossible by Harnessing Materials in a Novel Way

Technologies society uses each day like photodetectors, solar cells, lasers, and sensors are dependent upon the morphology and interfaces of the constituent materials when deposited as a film. In other words, cell phones, breathalyzers, renewable energy, and countless other technologies are all dependent upon the fabrication and resulting interactions of some of their smallest parts. Dr. Adrienne Stiff-Roberts, Associate Professor of Electrical and Computer Engineering at Duke University, is developing a new thin-film deposition technique that has shown great promise in providing unprecedented control over organic-based materials. Her research is designed to understand the fundamental mechanisms and advantages of this technique, called emulsion-based, resonant infrared, matrix-assisted pulsed laser evaporation, or more simply, RIR-MAPLE. With RIR-MAPLE, she and her team will be able to remove the traditional limitations of solution-based processing, and furthermore, open up entirely new avenues for organic semiconductor devices and polymer-based films and surfaces, more generally.

By pioneering a novel approach to organic thin film deposition that combines solution and vacuum-processing, she and her team can provide many useful capabilities that are difficult, if not impossible, to achieve otherwise. Therefore, RIR-MAPLE offers a completely new way to integrate novel functions into films and devices with organic materials. As an example, organic solar cells have reached 12% efficiency, but are not yet practical for commercial application because the performance across a large solar panel is not consistent. Dr. Stiff-Robert’s thin-film deposition technique could help address this problem. In addition, RIR-MAPLE can create very uniform blends of polymers and inorganic nanoparticles, which could lead to new plasmonic applications, better materials for solar cells, and organic light emitting diodes using colloidal quantum dots. Thus, her technologies would help provide stronger platforms for renewable energy, biomedical sensors, anti-microbial applications, and more!

Dr. Adrienne Stiff-Roberts was driven to academia by a passion to one day teach. Additionally, her father, a professor of mathematics education, served as a role model for the possibility of making a profession out of academia. He also piqued her interest in science during Saturday afternoons watching Doctor Who and Star Trek together. Yet, it wasn’t until her Junior year of high school when she was taking an AP Physics class that Dr. Stiff-Roberts knew she wanted to pursue a career in physics and engineering. In particular, she remembers participating in an elective course where she and other students were able to “play around with lasers.” Dr. Stiff-Roberts learned quickly and was inspired by applied problems where, if solved, she could have an impact on others.

Dr. Stiff-Roberts’ achievements in high school led to a scholarship, sponsored by NASA, to attend Spelman College, a small historically black college for women in Atlanta, Georgia. For Dr. Stiff-Roberts, Spelman College was a “place of empowerment.” There, she was able to focus on learning and to build the confidence to have an impact on academia and society at-large, despite the challenges of being a minority woman in the sciences. Dr. Stiff-Roberts participated in the Dual Degree Engineering Program, earning degrees in Physics from Spelman and Electrical Engineering from Georgia Tech, where she continued to be exposed to new learning environments and opportunities.

After completing her undergraduate degrees, Dr. Stiff-Roberts began her Ph.D. in Applied Physics. Eager to conduct research that made an impact in a responsible way, she was thrilled to find that University of Michigan provided limitless research opportunities in various fields. Despite previous struggles with her first introduction to quantum mechanics as an undergraduate, her favorite course during the first semester of graduate school was quantum mechanics, and the complex ideas finally started to make sense. After attending a lecture that connected quantum mechanics to lasers in semiconductor materials, she never looked back. This ah-ha moment motivated her towards the nexus of materials science, physics, and electrical engineering, where she has remained to this day.

Aside from research, Dr. Stiff-Roberts spends her free time with her husband and two young sons. She balances her busy work schedule with family and remaining active. She especially enjoys participating in martial arts with her sons, and she remains a science fiction fan.

IEEE Early Career Award in Nanotechnology of the Nanotechnology Council for “contributions to the development of nanoscale quantum dots for infrared detection”, 2009