Robots that Learn by Doing 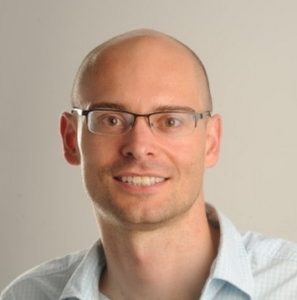 Your contributions will allow Dr. Pieter Abbeel to advance robotic capabilities through advancing the ability for robots to learn. You could become a part of Dr. Abbeel's initiative to advance robotics, with a variety of medical and societal benefits worldwide.

Imagine a surgeon who has watched and learned from millions of surgeries. Now imagine he is able to recall exactly which of those scenarios are most similar to what he is currently experiencing in the operating room and how it will play out. With tele-operated robots like Intuitive Surgical's da Vinci being used for over half a million surgeries each year, such data sets will soon exist.  While building up such extensive experience is not possible within the lifetime of a human surgeon, computers could watch and process videos of all surgeries ever recorded.

The challenge, of course, is for computers to make sense of all this data and put it to good use.   If this were possible, such a system could inform surgeons in the operating room about similar cases, how they were handled, and how that played out for patients in the short and the long run.  Beyond that, it might even be able to directly, robotically control some of the surgical instruments and perform parts of the surgery autonomously.

Such a system would make widely available the most advanced surgical decisions rather than being limited to those patients who happen to have access to the top surgeons. It would also enable surgeries to be performed remotely in areas where medical attention is sparse. Similar technology would enable basic medical functions to be performed without the presence of a doctor. Patients would be able to receive at-home-care with robotic nurses.  If the patient is disabled the robot would be able to fold laundry, help bathe the patient, clean the dishes, and complete a myriad of other necessary chores. While this appears to be next millennium technology, Dr. Pieter Abbeel of University of California, Berkeley, is currently developing the robot learning algorithms that are targeting these kinds of applications.

Whether the robot needs to apply sutures, perform surgical cuts, 3-D printing medical treatment molds, or operate to remove an appendix, Dr. Pieter Abbeel's work has established an expectation that these are medical functions that, with further research and testing, could be suitable for a robot to perform.

Dr. Abbeel has developed apprenticeship learning algorithms which have enabled advanced helicopter aerobatics, including maneuvers such as tic-tocs, chaos and auto-rotation, which only exceptional human pilots can perform.

Dr. Abbeel's current research focuses on robotics and machine learning with a particular focus on challenges in personal robotics, surgical robotics and connectomics.

Folding clothes is the worst part of doing laundry. But if you can be patient enough, a small robot might be able to do the job for you.

Robots May be Part of Future Surgery Staff

New research in the Bay Area is helping machines learn some of the most delicate tasks now performed by humans.