Beyond Einstein: The Search for Relativity Violations | Benefunder
Skip to main content
All Causes

Beyond Einstein: The Search for Relativity Violations 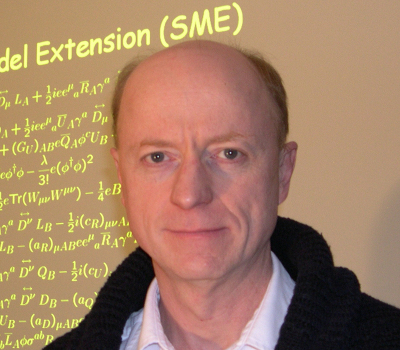 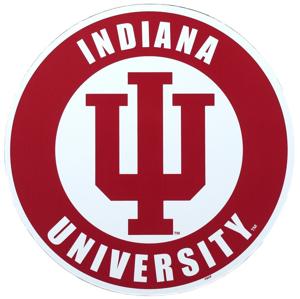 Your contributions will support the research of Dr. Alan Kostelecky at Indiana University as he studies the fundamental laws that dictate the universe. Your donations will help cover the annual $50k-250k needed to support crucial personnel and the $10k-30k for the scientific meetings to continue rapid advances. By donating, you will help scientists explore physics beyond Einstein's relativity and be part of the extraordinary human quest for a deeper understanding of the founding laws of our universe.

Beyond Einstein: The Search for Relativity Violations

Searching for changes to the fundamental theories of physics

Physicists have sought to describe the fundamental laws of the universe for centuries. At present, the best existing description of these laws involves two independent theories, Einstein's General Relativity for gravity and the Standard Model for quantum physics. A central problem, currently unsolved, is to unify the two. To achieve this unification, scientists expect that modifications must be made to one and perhaps both of the existing theories. Dr. Alan Kostelecky, of Indiana University, is a theoretical physicist who investigates modifications that involve tiny changes in the laws of relativity. These changes, known as relativity violations, could revolutionize theoretical physics and lead to significant changes to our understanding of the universe.

More specifically, Dr. Kostelecky pioneered the idea that there may be tiny deviations from the accepted laws of relativity. His research shows that these relativity violations could emerge from a fundamental theory unifying gravity with quantum physics such as string theory. His comprehensive theoretical framework, known as the Standard-Model Extension (SME), is widely used for studying physics beyond Einstein's relativity. The SME has led to many new experimental tests of Special and General Relativity. Dr. Kostelecky's research has a unique scope and eclectic nature, ranging from formal physics and mathematics to analyzing experiments. Scientists around the world use techniques from many subfields of physics to explore his ideas, leading to an exceptionally rapid rate of experimental advances. His research also has philosophical roots. For example, the foundation of Einstein's relativity is an elegant and perfect symmetry of spacetime called Lorentz symmetry. Beauty is enhanced by small imperfections, so the tiny relativity violations predicted by Dr. Kostelecky's work fulfill the idea that nature's beauty is more subtle than perfect symmetry.

Dr. Kostelecky is a Distinguished Professor at Indiana University. He has a doctorate in physics from Yale University and has held positions at the Los Alamos National Laboratory (LANL) and the European Center for Nuclear Research (CERN). He joined Indiana University (IU) in 1985 and served as chair of the Physics Department from 1997 to 2000. In addition to recognition of his research, Dr. Kostelecky has received several honors at IU for outstanding teaching. He is a Fellow of the American Association for the Advancement of Science, a Fellow of the American Physical Society, and a Fellow of the Institute of Physics in England.

Dr. Kostelecky seeks to understand the basic physical laws describing nature and the universe at the deepest level. His main scientific interests in high school were in biology, but in seeking the answers to fundamental questions he moved first to chemistry and then to physics. His specific interest in relativity began as a teenager when a family friend who collected old books gave him a volume about relativity written by Einstein for nonscientists.

Dr. Kostelecky leads a research group of scientists, postdoctoral fellows, and students at Indiana University. He finds great satisfaction in helping others develop their scientific potential and is proud of the accomplishments of the people he has mentored, many of whom have achieved professorships at other institutions. He is a founding member of the Indiana University Center for Spacetime Symmetries (IUCSS), a unique center dedicated to promoting scientific progress in theoretical and experimental studies of spacetime symmetries.

Outside of research, Dr. Kostelecky has wide-ranging interests. He enjoys nature and outdoor activities, with one fond memory being a two-week trip down the Grand Canyon in a rubber raft. He reads a broad spectrum of nonfiction and fiction ranging from the classics through popular novels to French cartoons. He plays boogie piano, experiments with painting and photography, and is happy to accept challenges in lightning chess (1 minute per player per game).

The Search for Relativity Violations

Beyond Einstein: the Search for Relativity Violations