The Nanometer Scale | Benefunder
Skip to main content
All Causes

Can we Recycle Greenhouse Gases into Gasoline? 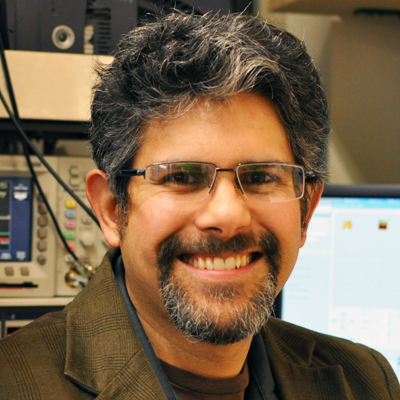 Your contributions will support the continued research of Dr. Jay Gupta, of Ohio State University, as he connects the fundamental science of the small to the biggest challenges we face as a society. Donations will fund the $20K/yr needed for the supplies and liquid helium required for his extreme condition experiments, and $170K/year for personnel. An additional $100K would allow Dr. Gupta to purchase a helium recycler that would save on helium costs and pay for itself in just a few years. Donors will have the rare opportunity to control instrumentation remotely and thus be an active part of science. In choosing to donate, you will play a role in advancing science and participating in the discovery process along the way!

The nanometer scale is special because it is the length scale at which the ‘palette’ of the periodic table can be used to make ‘paintings’ of materials and chemical compounds that are limited only by our imagination, patience, and funding. Dr. Jay Gupta, Professor of Physics at Ohio State University, connects fundamental science of the small to society’s biggest problems. For example, he and his group pull, push and prod individual molecules on catalyst surfaces to determine the mechanisms for greenhouse gas recycling into gasoline, powered by sunlight. In like fashion, the team positions individual atoms in semiconducting materials to explore concepts and problems for next-generation information technologies. The most unique aspects of Dr. Gupta’s research are the novel techniques and measurements he and his team develop for studying nanoscience problems. Advanced tunneling microscopes are custom-built to study individual atoms and molecules under the most pristine conditions possible today. In this way, Dr. Gupta’s team is able to transform some of the most basic science into rigorous studies that can be extended to the complexity of real-world applications.

Recognizing that grand challenges in sustainability and information technologies will require generations of effort, Dr. Gupta’s lab engages scientists at all stages of their careers. High school students newly inspired by their AP courses work side by side with postdoctoral researchers ready to transition to their own faculty positions. His policy of engagement isn’t confined to the lab however, and he and his team connect their research to the local community through regular lectures at the local science center, participation in physics-themed summer camps, and lab tours for elementary school classes. As part of these efforts, they have developed methods for remote control of their tunneling microscopes so that anyone, anywhere can take atomic resolution images.

Dr. Jay Gupta has always been curious about the world around him. Though not a natural, his love and tenacity for puzzle solving as a child has developed into a sincere passion for science. His interest in chemistry stems from experiments in his garage that were supported by his father, a Ph.D. chemist himself and a kind role model. His captivation with noxious odors, fire and color however was balanced against other interests in soccer, baseball, early computers, and videogames.

It wasn’t until an AP Physics course in high school that Dr. Gupta really became seriously interested in science, particularly in physics. His teacher, Dr. David Lay, did an amazing job coming up with activities outside the normal curriculum. For example, Dr. Gupta fondly remembers going outside to measure telephone pole heights with triangulation and learning digital logic by building circuits with transistor elements. These rich experiences developed into Dr. Gupta’s intention to study either chemistry or physics in college. Finding both subjects fascinating, Dr. Gupta ended up double majoring. One rewarding aspect of this interdisciplinary training was that he got to approach subjects such as quantum mechanics, from different points of view.

It wasn’t until he started his graduate studies however, that he found his calling in experimental physics. Dr. Gupta feels fortunate to have been recruited by his advisor, Dr. David Awschalom to work in the lab during the summer before his classes started. The joys of cable trays, quantum dot spectroscopy and plumbing soon eclipsed his initial interests in general relativity and astrophysics. Dr. Gupta hasn’t looked back since.

Outside the lab, Dr. Gupta values being a father to two young daughters, enjoys reading and rides a variety of bicycles. But perhaps the most unusual way that he spends his time is whistling. A self-described “avid whistler,” Dr. Gupta can often be found incessantly practicing this craft at all hours of the day. When asked about how his talents are received in the lab, Dr. Gupta laughs saying, “I have patient labmates.”