Devices at the Nanoscale | Benefunder
Skip to main content 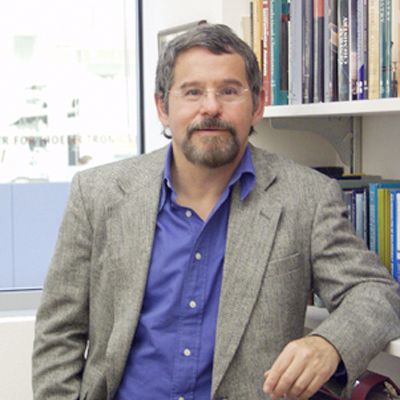 Ph.D. in 1978
Technion--Israel Institute of Technology

Your contributions will support the continued research of Prof. Joseph Wang and his team at the University of California, San Diego as they forerun the nanobioelectric technology to develop cutting-edge nanomachines and wearable biosensors that will revolutionize the medical and the environmental spheres. Donations for $125K/year can help advance and prove concepts, while $500K/year can help commercialize them. Partner with Prof. Wang’s interdisciplinary team to create groundbreaking technology!

Imagine tiny robots or machines at the scale of a nanometer that can swim inside the body or in the ocean. In the body, these nanomachines can release drugs more effectively; in the ocean, they can measure contamination levels more accurately. Or, imagine wearable sensors that can safely and efficiently identify human biomarkers. Professor Joseph Wang, Chair of Nanoengineering at the University of California, San Diego, pioneers the developing fields of nanobioelectric, deploying the power of nanotechnology to facilitate practical biomedical and environmental applications. Advancing technology through nanomachines and nanobiosensors, Prof. Wang hopes to enable therapeutic, diagnostic, and environmental tools that have not been available before.

An international leader with over 940 research papers, 35 patents, 38 chapters and 12 books, Prof. Wang directs a nanobioelectronic team of almost 20 researchers working on nanomachines and 20 on nanobiosensors. The team’s highly multidisciplinary research combines fundamental studies from different disciplines with forward-looking engineering efforts, including nanomachines, nanosensors, electrochemistry and analytical chemistry. By developing new designs based on new shapes and materials, Prof. Wang and his team hope to accelerate advancements that will have direct applications to benefit society.

Professor Joseph Wang is currently a SAIC Endowed Chair and Distinguished Professor in the Department of Nanoengineering at University of California, San Diego. Previously, he was a Professor of the Department of Chemical Engineering at Arizona State University (ASU) and Director of Center for Bioelectronics and Biosensors at the Biodesign Institute. He obtained his higher education at the Technion and was awarded his D.Sc. in 1978. From 1978 to 1980 he served as a research associate at the University of Wisconsin (Madison) and joined New Mexico State University (NMSU) in 1980. From 2001-2004, he held a Regents Professorship and a Manasse Chair positions at NMSU. Since 1980, 20 Ph.D. candidates and 130 research associates and visiting scholars have studied with Professor Wang.

Professor Wang has authored over 940 research papers, 35 patents, 38 chapters and 12 books. His enthusiasm and willingness to collaborate with colleagues have made him a very popular member of the international electrochemical community. Professor Wang has presented more than 300 invited and plenary lectures in 60 countries. He is currently serving as the Chief Editor of the international journal Electroanalysis and has been a member of the Advisory Editor Board of several other international journals.

He has been in this field for over 40 years; he first moved to the United States in the late 1970s in search of a better outlet to help the society. He has since been very successful in solving practical problems and training a young generation of scientists, and is fortunate to have witnessed the continual growth in technology and in humanity. “We are always solving problems, and as a result, moving forward;” he recounts, “In the 1980s we saw the revolution of classic sensors, and in the 1990s we saw the rise of new materials and diagnostic tools, along with nanomachines.” He remarks that every 8~10 years, or every generation, we are not only advancing technology but also improving the quality of life, and he is happy to be able to contribute his knowledge and his expertise. He is an international leader in nanoengineering and electrochemistry, and educating young scientists to carry on the legacy is his major passion.

Outside of his lab, he thoroughly enjoys living in the beautiful city of San Diego, and likes to stroll through the beach at the La Jolla Shores or the Shelter Island for two or three hours on a Saturday morning.

This Tattoo for Diabetics Might Mean the End of Finger Pricking