How Can We More Effectively Analyze Data? 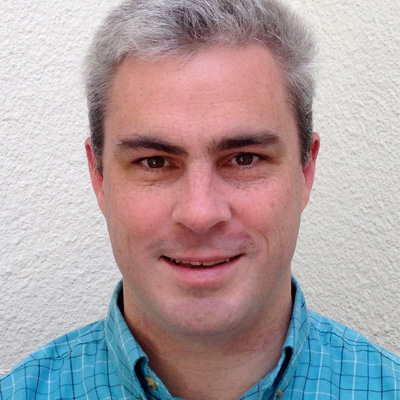 Your contributions will support the continued research of Dr. Michael Mahoney of UC Berkeley and ICSI as he studies new theoretically-principled and practically-useful ways to analyze mass data. Donations will help cover the $800K/year required for his interdisciplinary teams that involve individuals from across the campus, the country, the globe, and the many fields of applied sciences ranging from Mathematics and Statistics to Computer Science and Information Technology. By donating, you will partner with these teams to explore new application areas and methods.

Whether measuring stars on the other side of the universe, the fitness and health status of individuals, or the behavior of users on social network or Internet commerce sites, data generation and analysis are the modern version of the microscope or telescope, as they permit us to obtain a remarkably fine way to view the physical, biological, or social world. To deliver on that promise, however, we need not only scalable algorithms to analyze these data, but also novel statistical methods to control inference properties, e.g., false positive behavior, of these scalable algorithms. Developing unified mathematical approaches, general enough to work across domains but specific enough to provide useful qualitative guidance in particular applications, promises to have impact in these and other areas. Dr. Michael Mahoney, Associate Adjunct Professor at University of California, Berkeley and Senior Research Scientist of International Computer Science Institute, focuses on the algorithmic and statistical foundations of modern large-scale data analysis. In addition to a healthy dose of mathematics, from theoretical computer science and statistics to more traditional applied mathematics and numerical analysis, this involves implementations of matrix and graph algorithms, as well as the application and use of these methods to many different areas such as Internet data analysis and social network analysis.

Traditional academic research happens with most professors who are trained in one area and work exclusively in that area. Due to his eclectic interests and broad set of experiences, however, spanning a range of industries as well as multiple diverse academic areas and application domains, Dr. Mahoney performs the truly interdisciplinary research that is needed to create the algorithmic and statistical foundations of modern large-scale data analysis. His research has been described as neither computer science, nor statistics, nor applied mathematics, nor any particular application domain, but instead where all those areas are trying to go. For example, Dr. Mahoney’s work on scalable randomized linear algebra algorithms can help analyze DNA models in population genetics to determine the histories of human migration and in medicine to make predictions for personalized medicine. In Astronomy, Dr. Mahoney’s work in implementing and applying scalable matrix and graph algorithms is useful in developing better tools for performing computations for some of the largest non-Internet data like hyperspectral imagery from telescopes. Such a project also finds its use in medical imaging and cloud analytics, as it seeks to enable individual scientists to perform state-of-the-art analytics on large corpora of mass spectrometry images stored in the cloud. Not to mention, graphs and networks are a common way to model data such as friendship links on a social network. Dr. Mahoney’s recent work focuses on characterizing the spread of information in a much more refined way, and he has been a leader in developing principled tools to characterize the structural properties of large social and information networks.

Dr. Michael Mahoney and his team have three major areas of focus:

Dr. Michael Mahoney has always been interested in scientific and mathematical questions and in asking questions than other people don’t ask. He had the good fortune of having a summer internship at the National Institutes of Health as an undergraduate, which led him to focus his pre-dissertation and dissertation research on experimental/computation genetics as well as computational biophysics and statistical mechanics. The centerpiece of Dr. Mahoney’s dissertation involved the development of TIP5P, an interaction site model for liquid water that was as good as the best previously-existing models but that quantitatively reproduced the most unusual property of liquid water, namely its anomalous density as a function of temperature. This involved an enormous amount of Monte Carlo and molecular dynamics computation, as is common in computational science and scientific computing. One of the things that struck him was that in each of these areas there was a growth phase, where technological developments in measurement capabilities and an inconsistency with previous theory meant that a new field needed to be created. Upon completing his dissertation in 2000, Dr. Mahoney decided that the next large growth area was going to be in the large-scale data analysis space. He then switched areas to work in theoretical computer science and the theory of algorithms, and migrated through statistical data analysis and Internet analytics at Yale, Yahoo, and Stanford to work on the theory and applications of modern large-scale data analysis at ICSI and University of California, Berkeley.

Other than mathematics and science, Dr. Mahoney particularly enjoyed history while growing up. Another fond memory of growing up was his summer activities. During the summer, he would often go out with his cousins on boats and observe the ocean and the fish; and he used to go scuba diving, although he does not get to that as much as when he was younger. Motivated by curiosity, Dr. Mahoney likes to go places not many have gone, and desires to constantly explore new possibilities that can pave the road for profound breakthroughs.