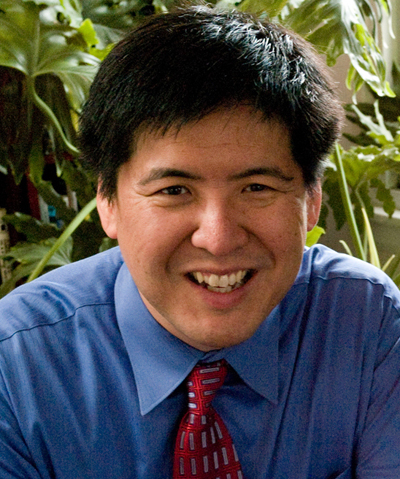 We are seeking funders who believe in democracy and are interesting in helping the Princeton Gerrymandering Project make a significant impact on the 2021 redistricting effort.  Our goal of $710,000 includes educational programs, litigant/reform support, supercomputing simulations, and outreach to provide reformers and litigators data they can use to effect real change.  Ultimately, the goal is a fair democracy.

Where Law, Elections and Math Collide

Partisan gerrymandering, the manipulation of electoral district boundaries to achieve political control, has reached unprecedented levels in the United States. This practice disenfranchises entire demographics on a massive scale. In the current redistricting cycle, millions of voters live in districts where their votes just don’t matter. Sam Wang, of Princeton University, wants to solve this problem by assessing electoral asymmetry with proven statistical methodology.

Gerrymandering has threatened free and fair elections in the United States since 1812. This manipulation of electoral district boundaries to achieve political control by one party over another has become even easier to accomplish with the advent of technology. Over the last three decades, the Supreme Court has wrestled with the issue, agreeing that gerrymandering is unconstitutional but unable to settle on a standard to identify it. Sam Wang, a professor of neuroscience and molecular biology at Princeton University, wants to change that with math and simple statistics.

Wang started analyzing elections statistically in 2004, and found strong evidence following the 2012 election that gerrymandering had reached unprecedented levels in the United States. Large groups of voters are consistently put on the losing side of every election because of their party affiliation, causing mass disenfranchisement and enough wasted votes to nullify the effect of both voter identification laws and fraud. In the years following, Wang created the Princeton Gerrymandering Project and designed a cohesive series of statistical tests used to score the fairness of elections in individual states. The results are then published to an interactive map, where interested citizens can look at the results for their own states.

At present, the Princeton Gerrymandering Project team includes Wang, Brian Remlinger, a statistical data analyst for the Princeton Election Consortium, and Heather K. Gerken, the Dean and Sol & Lillian Goldman Professor of Law at Yale Law School. Gerken is a leading expert in the fields of election and constitutional law.

Wang is ready to take his work to the next level. In October 2017, the Supreme Court will hear an appeal over electoral districting in Wisconsin after a lower federal court ruled that the current district map constitutes an unconstitutional partisan gerrymander. This is the first time such a case has come before the Supreme Court in over a decade. Using the simple statistical standards he developed to define and prove gerrymandering, Wang wants to deploy this work as a usable argument for citizens and legal representatives who are fighting for fair elections. These tests, all of which are proven statistical methods that apply to a multitude of fields, could level the playing field between political parties in the United States.

The future of this research includes:

Sam Wang is a professor of neuroscience and molecular biology at Princeton University, and faculty associate in law and public affairs. While electoral analysis seems “outside his discipline,” statistics is not. As a first generation American, Wang is very patriotic and committed to his country. He feels that any engaged citizen has a responsibility to contribute whatever they can. Institutions that make the United States work well are a critical part of democracy. Wang saw a problem that someone with his skill set could help solve.

Wang has become well known for developing statistical methods to analyze United States elections. His election work has won awards from the Washington Post and Common Cause, and has been featured in the New York Times, the Los Angeles Times, and the New Republic. Professor Wang has also received a National Science Foundation Young Investigator Award and a McKnight Technological Innovations in Neuroscience Award for his work investigating the brain. In 2015, Governor Chris Christie appointed Professor Wang to the New Jersey Governor's Council for Medical Research and Treatment of Autism.