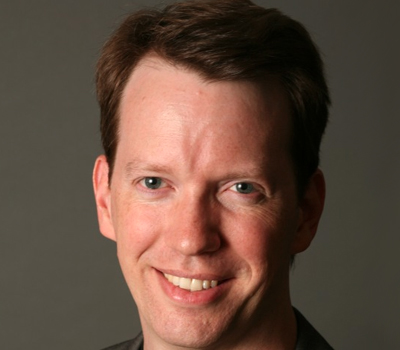 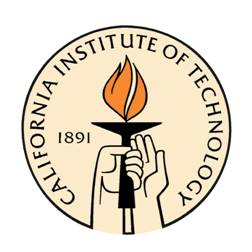 Your contributions will support Dr. Carroll's research as he investigates fundamental challenges in theoretical physics. Funding will allow him to bring together researchers to tackle interdisciplinary questions that are not funded by traditional funding sources, and pioneer new and risky approaches to big questions. All contributions are useful - a few thousand dollars would support graduate students, while hundreds of thousands could fund postdoctoral researchers at a crucial stage in their career.

The universe we see around us exhibits mind-boggling complexity, but operates on the basis of very simple underlying rules. Discovering what these rules are, and how they work together to create the rich environment of the world we observe, are some of the deepest questions in all of science. Dr. Sean Carroll, of the California Institute of Technology, is a theoretical physicist who asks profound questions about the universe and our place within it. His research is knowledge-based and curiosity-inspired, as he works to answer foundational challenges such as: Where did the universe come from? What are the underlying laws of physics? and How do complex structures arise from simple rules? Dr. Carroll's research is making enormous, breathtaking progress in addressing these ancient questions.

Collaboration with other researchers, graduate students, and postdoctoral researchers is crucial to Dr. Carroll's research. These collaborations help to make greater strides towards answering difficult questions and bring in people with different kinds of expertise to contribute to the interdisciplinary fertilization of ideas. In addition to his highly collaborative work, Dr. Carroll's work is unique because he takes a big picture point of view that answers questions about the universe in the broadest possible terms. He is pioneering an interdisciplinary approach that brings together ideas from particle physics, cosmology, gravitation, quantum mechanics, statistical mechanics, and the theory of complexity.

Dr. Carroll is a theoretical physicist at California Institute of Technology (Caltech) in Pasadena, California. He does research on theoretical aspects of cosmology, field theory, gravitation, and quantum mechanics. He wants to learn about fundamental physics by studying the structure and evolution of the universe. These days he is especially interested in the arrow of time, the emergence and evolution of complexity, and how quantum mechanics intersects with cosmology. Dr. Carroll has done work on dark matter and dark energy, modified gravity, inflationary cosmology, extra dimensions, and violations of fundamental symmetries.

Dr. Carroll has written a couple of popular-level books: From Eternity to Here: The Quest for the Ultimate Theory of Time, and The Particle at the End of the Universe: How the Hunt for the Higgs Boson Leads Us to the Edge of a New World. He also wrote a graduate textbook, Spacetime and Geometry: An Introduction to General Relativity, and recorded lectures for the Teaching Company on Dark Matter and Dark Energy and the Mysteries of Time. He gives frequent public talks, and has appeared on TV shows such as Through the Wormhole with Morgan Freeman and The Colbert Report.

Dr. Carroll became interested in science when he was very young. He read books in his local library, poring through everything he could get his hands on about black holes, quarks, and the Big Bang. His interests inspired him to want to tackle the big questions about our universe -- where it came from, what it's made of, how it operates. Now he is fortunate enough to be doing exactly that. In his free time, Dr. Carroll enjoys playing poker and also consults for movies. Recent consultations include the films Thor: The Dark World and Big Hero 6, and the TV showsBones and Fringe.

"Outspoken" Caltech Scientist Wins 2014 Gemant Award
WHY DOES THE UNIVERSE LOOK THE WAY IT DOES?
What Is Time? One Physicist Hunts for the Ultimate Theory
When Nature Looks Unnatural
Sean Carroll Talks School Science and Time Travel

De Sitter Space Without Quantum Fluctuations
Quantifying the Rise and Fall of Complexity in Closed System: The Coffee Automaton
Self-Locating Uncertainty and the Origin of Probability in Everettian Quantum Mechanics
Is Cosmic Speed-Up Due to New Gravitational Physics?
Spontaneous Inflation and the Origin of the Arrow of Time