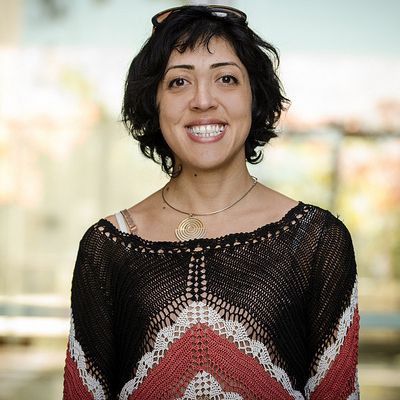 Your contributions will help Dr. Javidi better understand how people acquire and use information in cyber-physical systems. Dr. Javidi enjoys the theoretical component of her research, yet she continues to uncover new methods for improving information sharing. Help her continue to find new ways for revolutionize information sharing and acquirement!

Dr. Javidi understands the importance of data, especially its time sensitivity.  A delay in data transmission in a large cyber-physical system, such as a data center or smart energy grid, can result in the loss of millions for companies and the missed opportunity to discover vital knowledge via real-time data analytics.

A cyber-physical system includes computing technologies that are responsible for the collection, processing, and acquisition of information, which is synthesized with a physical system. Thus in the case of a smart energy grid, the"cyber" elements include the computing technologies which measure energy usage, and the "physical" system is the energy grid itself which controls the output of energy, based on commands from the "cyber" system.  Given that large cyber-physical systems have so many sensors, collecting all possible data typically results in a glut of information. This may be inefficient and overwhelming in terms of processing, and it also makes the data collection excessively expensive and resource-intensive.

Dr. Javidi's new theoretical framework for understanding how to best control information flow in large cyber-physical systems has the potential to save millions in costs and to take data analytics to a whole new level of understanding, which can lead to groundbreaking new insights.

Ranked first in the nationwide entrance exam for Iranian universities (among 300,000 examinees) 1992.

How We Get It, How We Use It, How to Benefit from It