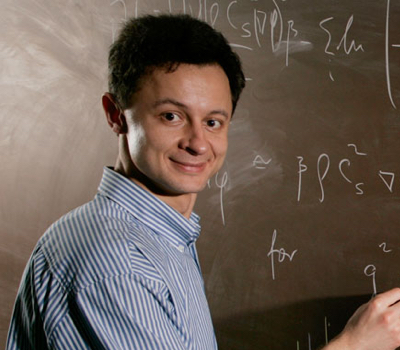 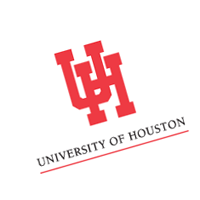 Your contributions will support the research of Dr. Lubchenko as he continues to advance theoretical methods to enable design of novel materials with unique and useful properties. Donations will fund the necessary $200-300K/year in direct costs and additional donations will contribute substantially to speeding up his efforts. Dr. Lubchenko expects to achieve immediate goals in the next 3-5 years with projects pursuing longer-term goals to follow.

Computers have revolutionized many branches of science and technology from quantum chemistry to bioimaging, genomics, astrophysics, flight simulations and many others. Despite these impressive advances, there are old-standing problems of Physics, Chemistry, and Biology that do not yield readily to computer modeling. These difficult problems call for radically new and elegant approaches, a motivation that drives Dr. Vassiliy Lubchenko's research at the University of Houston. Being a theoretician gives him the flexibility to think about a wide range of challenges and uncover their mutual connections.

Dr. Lubchenko grew up in the Soviet Union. His early interest in science and mathematics was spurred by 1970's advances in Cosmology and theories of unification of fundamental interactions. Dr. Lubchenko's research interests include supercooled liquids and glasses, in which molecular motions span an extremely broad dynamic range that is rivaled only by astrophysical phenomena. Of particular interest are the glassy alloys that are currently used in optical drives but have also shown a potential to revolutionize computer, video, and medical technology. Molecular interactions in these alloys exhibit a diversity much like that seen in particle physics. Controlling the competition between these interactions is key to our ability to create new materials. Dr. Lubchenko also uses his expertise in strongly non-equilibrium phenomena and chemical interactions to tackle the problem of protein aggregation, which underlies many diseases awaiting cure. Website: http://www.chem.uh.edu/people/faculty/lubchenko/ Dr. Lubchenko's work will also provide answers to these difficult challenges: One of the oldest materials problems is the physics of amorphous materials such as the common window glass or the Gorilla glass used in a smartphone or the alloys used to make Blu-ray disks. When forming, these glassy materials flow on the timescale of hours, while the quickest atomic motions, the vibrations, occur within femtoseconds, i.e., 18 orders of magnitude faster! Not only such a tremendous dynamical range is nine orders of magnitude too broad for a computer to handle, the computer will not be able to explain in human terms the mechanism of those slow motions, much the same way Chemistry explains in relatively simple terms -by using the concept of the chemical bond - the complicated quantum mechanics of the electrons and nuclei. It is the mechanism of those slow motions that we need to understand in order to tailor the properties of amorphous materials to make them suit our needs. At stake is our ability to create faster, more powerful computers and materials with better mechanical, electric, and thermal properties. Our strategy is multi-prong: First, we eliminate the need to simulate the vibrations of the atoms so that we only have to take care of their average positions. This is being achieved by mapping the dynamics in glassy liquids onto a class of physical models that are used to describe magnets, among other things. In addition to reducing the computational complexity of the problem, we can also take advantage of the insight gained into those magnet models in the 1970s. Additionally, we are designing novel, efficient algorithms to generate amorphous structures that take advantage of the progress made lately in generation of densely-packed amorphous arrays of perfect spheres. Adding realistic chemical interactions is tricky but doable. Very different, but equally challenging questions arise with regard to protein aggregation. The computers are just beginning to be able to handle the folding of an individual protein molecule; folding is requisite for the biomolecule's functionality. Now, how about a protein aggregate that contains hundreds of thousands of partially unfolded proteins? This is too much for a computer to attack head on. Yet this challenge needs to be faced if we were to control the deleterious kinds of protein aggregation that lead to many diseases, such as sickle cell anemia, Alzheimer's and many others. We break this difficult problem into three components. On the one hand, we have made a strong case that a novel mechanism of aggregation, by way of forming transient protein complexes, could be at play in protein solutions. This fundamental result clears the way for more detailed studies, in which we try to detect the protein complexes directly (as part of collaboration with experimenter Peter G. Vekilov) and, at the same time use the computer to detect such complexes in a simulation. Recent advances in protein structure prediction are providing us with novel tools to tackle this computationally intensive problem. The chemical formula for a compound is much like the list of ingredients in a recipe. For instance, the best known phase-change material, GST, consists of two parts germanium per two parts antimony per five parts tellurium: Ge2Sb2Te5. As in cooking, it often takes skill to put together the ingredients. In addition, an experienced chef will often know without cooking what a specific combination of ingredients will taste like, thus eliminating the necessity to try all possible combinations of food stuffs and allowing one to focus on a small, most promising subset of combinations. Synthesizing new materials in the lab is usually difficult and time-consuming, while the number of possible recipes is just enormous even for only two-three ingredients. But things often become interesting, application-wise, only starting at four ingredients, as is the case for many high temperature super-conductors. This suggests we may not ever be able to discover some of the most useful materials simply for the lack of time! Could we, instead, use the computer to help us out and predict whether a given combination of elements would be stable and have specific properties of interest? It turns to put together a solid using a computer generally takes as much time as would be needed for somebody to do it physically in the lab. What is the computational bottleneck? The bottleneck seems to be very same states we wanted to generate in the project on the amorphous materials. It is those amorphous states where the computer tends to linger instead of cruising toward the low energy, crystalline state. Our strategy is to modify the interactions between the atoms in a way that the lowest energy state is still recognized as such but, at the same time, to diminish the occurrence of the glassy states in the simulation and thus remove or, at least, mitigate the computational bottleneck toward the crystal structure.

Microscopically Based Calculations of the Free Energy Barrier and Dynamic Length Scale in Supercooled Liquids: The Comparative R
Molecular Binoculars: How to Spatially Resolve Environmental Fluctuations by Following Two or More Single-Molecule Spectral Trai
Microscopic calculation of the free energy cost for activated transport in glass-forming liquids.
Ostwald-like ripening of the anomalous mesoscopic clusters in protein solutions.
Liquid State Elasticity and the Onset of Activated Transport in Glass Formers.